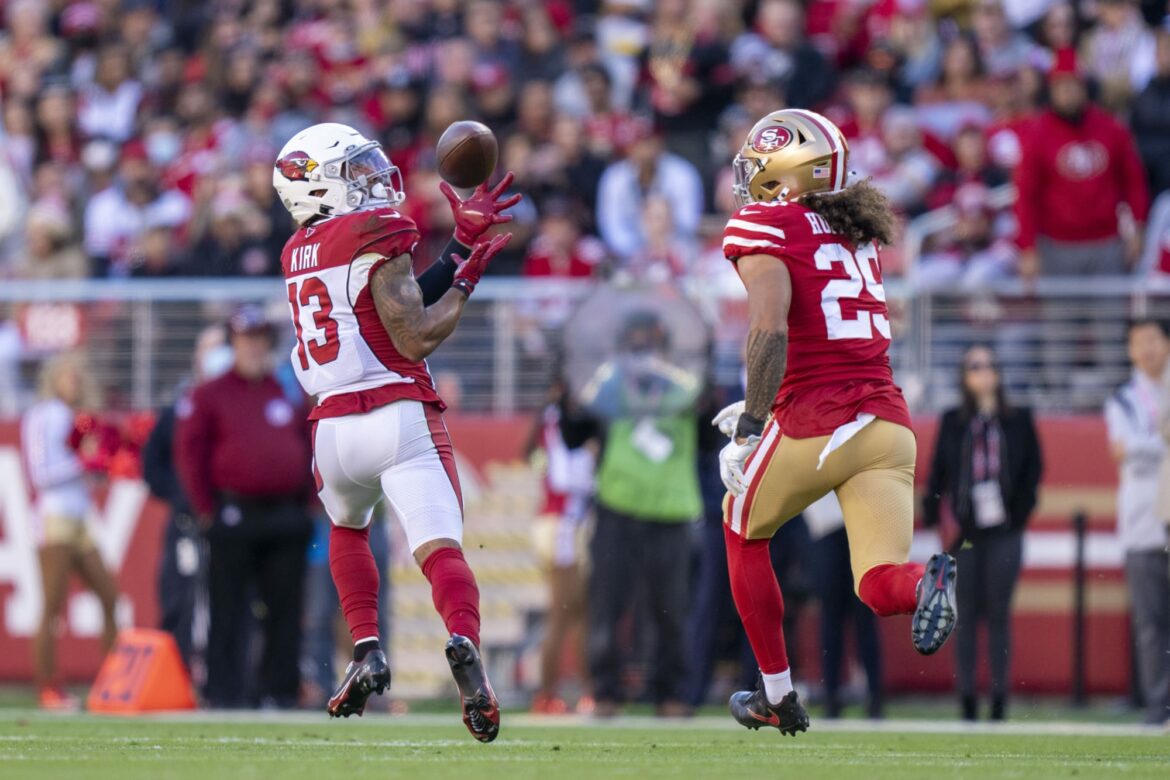 Facing a short-handed Cardinals team was the exact opportunity the 49ers needed to climb back into the NFC mix. Instead, they laid a total egg.

Entering Week 9 at 3-4, if the San Francisco 49ers were to have any hope of earning a playoff spot in the NFC, they needed a win at home against the Arizona Cardinals. Seemingly lucky for them, though, the chips fell perfectly for that to happen with both Kyler Murray and DeAndre Hopkins ruled out for the contest.

Unfortunately, the 49ers basically ruled themselves out once the ball was put in play.

San Francisco allowed Colt McCoy to dice them up to the tune of a 22-of-26 performance for 249 yards and one touchdown. They also gave up 163 rushing yards, even with Chase Edmonds going out early, and turned the ball over three times.

In a matchup that was totally winnable as Arizona was without their two best players, the 49ers did everything in their power to give the game away and, ultimately, succeeded in a 31-17 loss that drops them to 3-5.

Now two games below .500 with the NFC looking like the dominant conference, it would be next to impossible for the 49ers to recover from this whole that they’ve dug themselves.

It looks as if, at minimum, it could take 10 wins to get into the playoffs out of the NFC as a wild card team. That would mean that San Francisco would have to go 7-2 over their final nine games to reach that mark. Given how they’ve looked, especially on Sunday, that doesn’t seem like it’s going to be happening.

What’s worse is that the 49ers have no incentive to pack it in and tank, so to speak. They traded their 2022 first-round pick to Miami to move up for Trey Lance, so they don’t have that Round 1 pick to lose for.

This situation has gone from bad to worse in San Francisco after the team came into 2021 with high hopes and expectations. And unless there’s a drastic change, it’s only going to get more frustrating for fans from here on out.