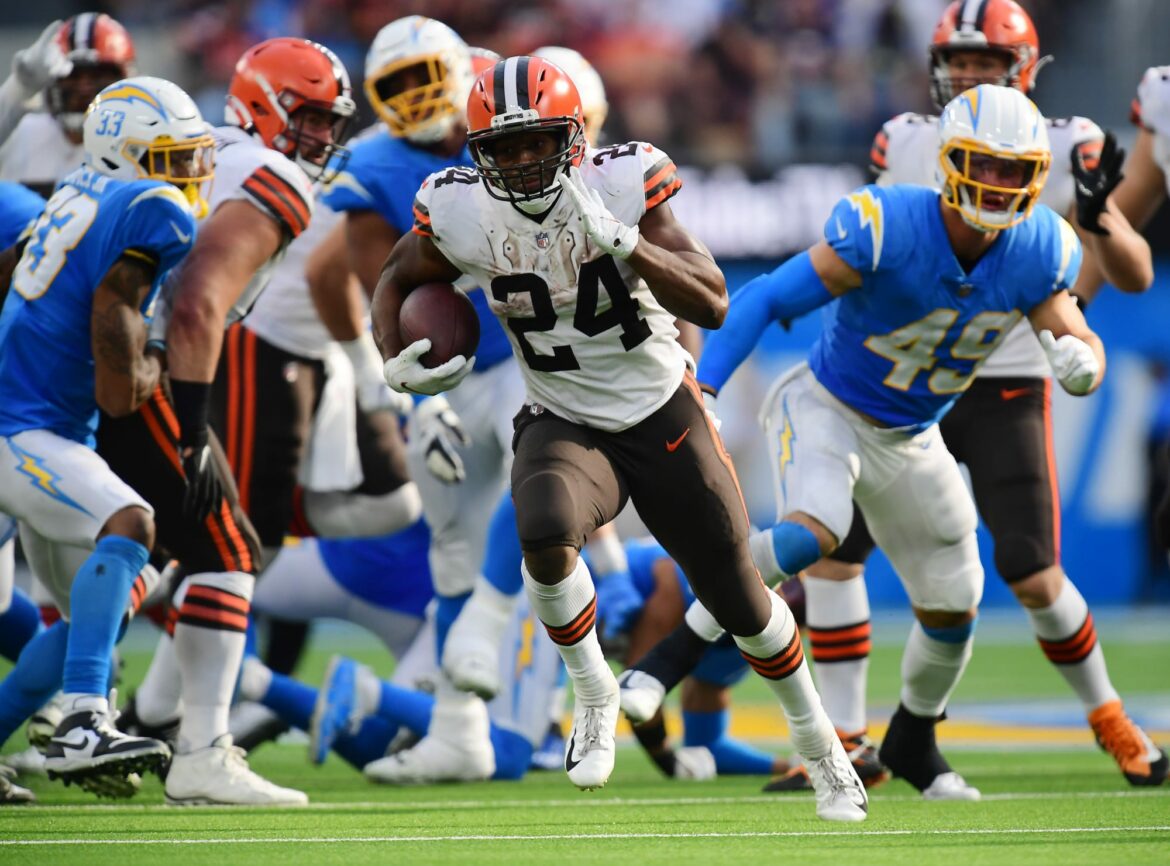 The Cleveland Browns will look to take out their Week 5 frustrations on the Arizona Cardinals.

After a game where they were probably robbed by the officials vs. the Los Angeles Chargers, the Cleveland Browns must rebound with the undefeated Arizona Cardinals coming to town in Week 6.

Cleveland may have played well enough to win at SoFi Stadium, but a poor defensive effort allowed the Bolts to take charge in the fourth quarter to eke out a home victory. With the AFC North being especially competitive this season, the Browns will need to do their very best to protect their home turf for when the last undefeated team in the NFL ventures into Cleveland.

Here are five bold predictions for when the Browns take on the Cardinals in Week 6.

5. Browns will go a fourth straight week without turning the football over

Don’t look now, but the Browns have not turned the ball over in three straight games. It could be a string of good luck, but it may come down to how well they are coached under Kevin Stefanski. Fumbles happen, and they are random, but Baker Mayfield not throwing any picks in the better part of the month is more impressive than you would think. Expect for Cleveland to play clean.

What will make Sunday’s ball-security effort commendable is the Cardinals have an opportunistic defense. They have playmakers at all levels, and ones who would love nothing more than to take the ball the other way for six points. There may be a few close calls, but Cleveland’s ability to not let the Cardinals’ defense take the ball away from them will go a long way towards them winning.

Does this mean the Browns will go ultra-conservative with the play calling to take the ball out of Mayfield’s hands with him constantly handing it off to Nick Chubb and Kareem Hunt? Not necessarily, but the ground game will remain a crucial part of the Browns’ offense as it always is under Stefanski. More importantly, Mayfield will not make any horrendous throws in this game.

Being in position to win the turnover battle will help the Browns potentially knock off Arizona.