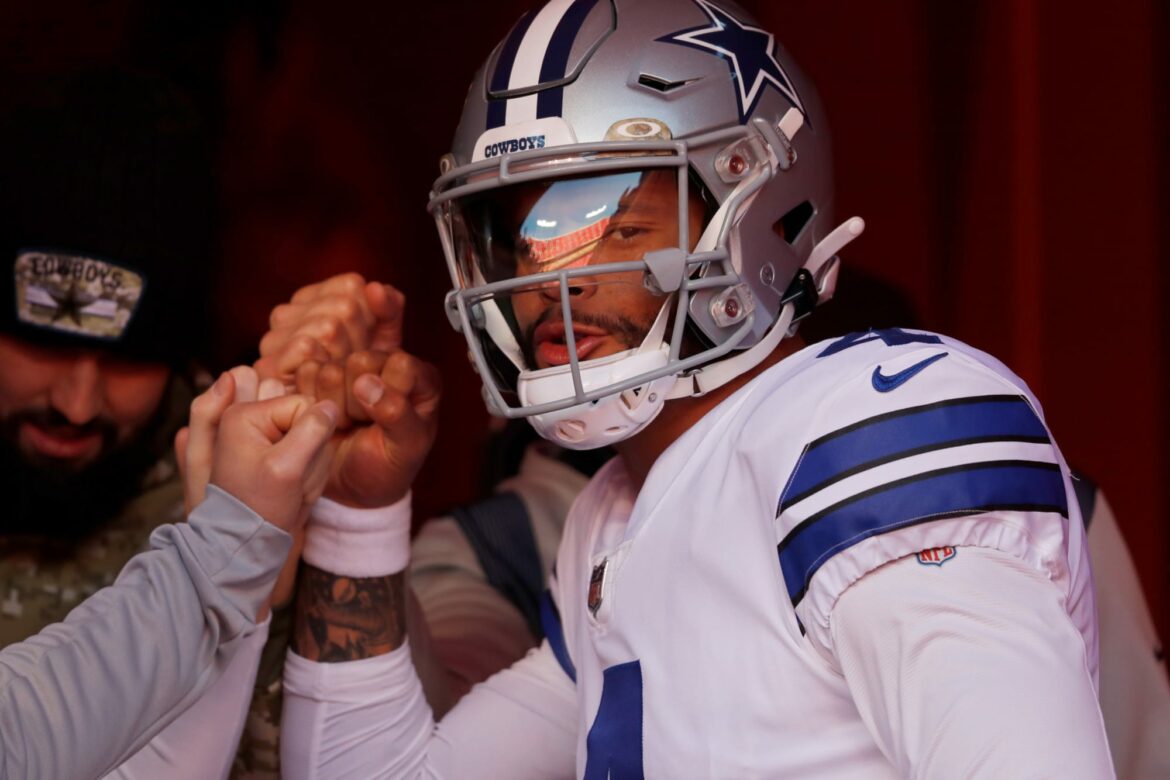 KANSAS CITY, MISSOURI – NOVEMBER 21: Frank Clark #55 of the Kansas City Chiefs strips the ball from Dak Prescott #4 of the Dallas Cowboys in the first quarter during the game at Arrowhead Stadium on November 21, 2021 in Kansas City, Missouri. (Photo by David Eulitt/Getty Images)

The Cowboys are a wounded team heading into their Week 12 matchup against the Raiders. Here are five bold predictions on how the game will go for Dallas.

Many fans believed the Cowboys would engage in an entertaining shootout last Sunday against the Chiefs. Instead, Dak Prescott was sacked five times and the Dallas offense only mustered nine points against Kansas City. Getting the aerial attack back on track will be a massive priority for head coach Mike McCarthy against the Raiders on Thanksgiving Day.

Fortunately for the Cowboys, Las Vegas’ defense comes into this game giving up 26.2 points per contest. The Raiders have some talent up front, but their secondary will be overmatched against Dallas’ deep group of talented wide receivers.

That should give Prescott a strong chance to get his season back on track if his offensive line can give him a clean pocket to work from.

5 bold predictions on how the Cowboys will play on Thanksgiving Day.

Neal continues to become a more and more integral part of the Cowboys’ defensive plans on a weekly basis. He was particularly active last week against the Chiefs when he lead the defense with seven total tackles including five solo stops.

This week Neal will be leaned on heavily to match up against Raiders’ tight end Darren Waller for long stretches. He won’t shut out Las Vegas’ best receiver, but he will prevent him from making deep catches down the seam. The end result will see Neal leading Dallas again in tackles with at least 10.