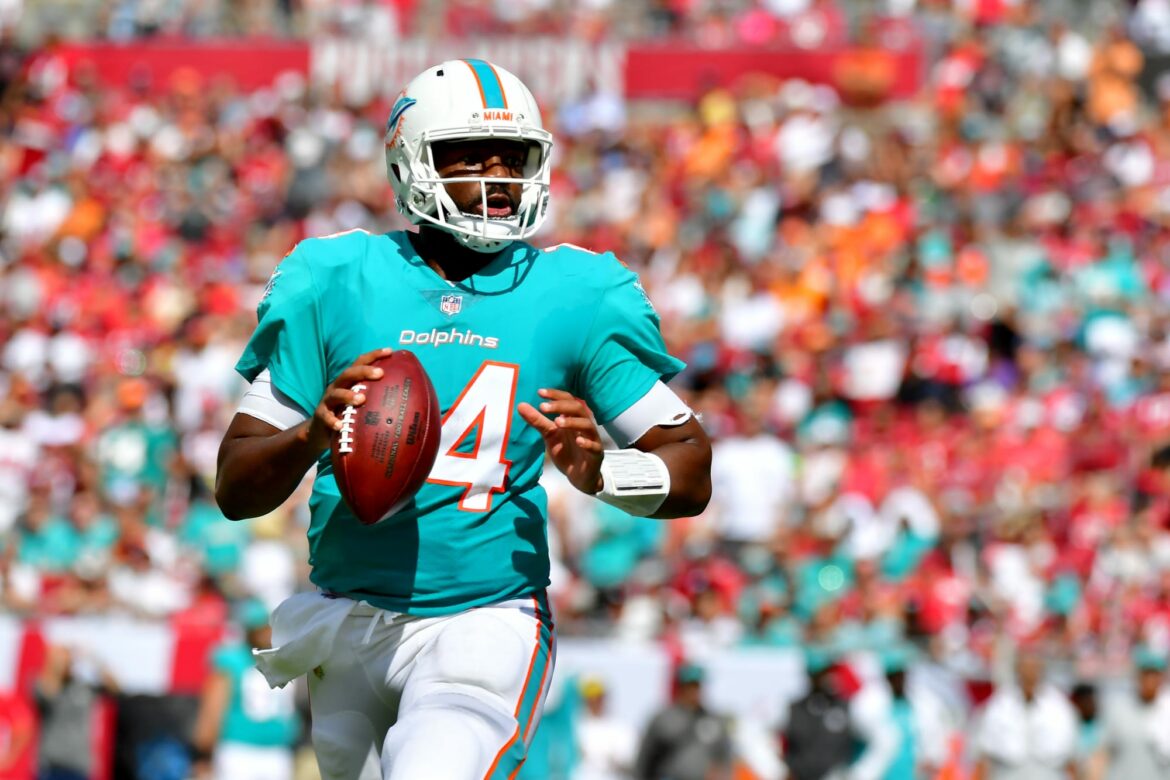 LAS VEGAS, NEVADA – SEPTEMBER 26: Christian Wilkins #94 of the Miami Dolphins and teammates celebrate after a sack against the Las Vegas Raiders in the first half of the game at Allegiant Stadium on September 26, 2021 in Las Vegas, Nevada. The Raiders defeated the Dolphins 31-28 in overtime. (Photo by Chris Unger/Getty Images)

Losers of four consecutive games, the Miami Dolphins hope to have better luck outside the United States when they face the Jaguars in London.

It is safe to say that Brian Flores’ team hit the low point of the season last week at Tampa. The defending Super Bowl champion Buccaneers pulled away in the second half and coasted to a 45-17 win over the slumping Miami Dolphins.

Miami has dropped four straight since their opening day win at Foxborough and the team’s offense appears to be taking its toll on the defense. Now the club heads overseas to London, England, to battle the 0-5 Jacksonville Jaguars.

He was the 13th overall pick in the 2019 NFL Draft. And while the Miami defense has disappointed to date after being a big-play unit, former Clemson standout Christian Wilkins has begun to make his presence felt. He’s actually third on the team with 23 tackles (4 for losses). He has just one sack but is tied for the club lead in quarterback hits.

Back in Week 3 at Las Vegas, Dolphins’ linebacker Elandon Roberts took a Derek Carr pass 85 yards for a score. It’s the lone touchdown scored by Josh Boyer’s defensive unit this season to date. But it says here that Wilkins gets his hands on a Jaguars’ turnover and takes it to the end zone.