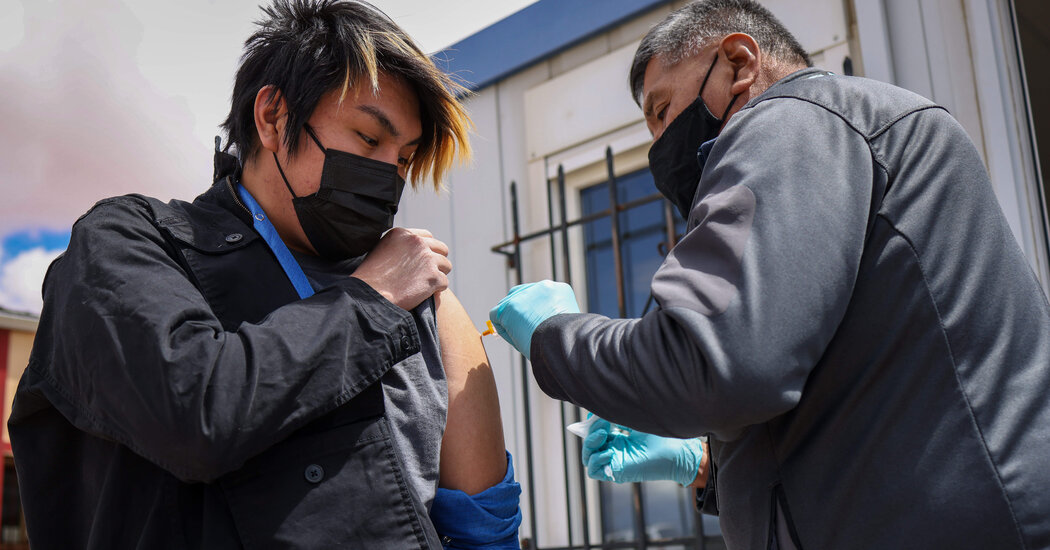 A key federal advisory committee is set to begin two days of meetings that are expected to strongly influence decisions on whether at least some recipients of the Moderna and Johnson & Johnson coronavirus vaccines will soon be eligible for booster shots.

After hearing from Moderna officials, Food and Drug Administration scientists, members of the public and others, the panel of outside experts advising the F.D.A. is scheduled to vote Thursday on whether to recommend emergency authorization of a third shot for recipients of Moderna’s vaccine.

The panel will vote Friday on Johnson & Johnson’s request for emergency authorization of a second dose. While regulators are not obligated to follow the panel’s recommendations, they typically do.

The panel may be more skeptical of a booster shot for Moderna recipients than for Johnson & Johnson. Some vaccine experts have long argued that Johnson & Johnson should be a two-dose vaccine since its effectiveness is lower than those of the shots produced by both Moderna and Pfizer-BioNTech.

Pfizer-BioNTech won authorization for a booster shot for many recipients last month after arguing that its vaccine, while highly protective in the early months, lost some potency against severe Covid-19 and hospitalization over time.

But Moderna’s potency against hospitalization has held up better over time than Pfizer’s, according to a recent study by the Centers for Disease Control and Prevention.

In documents released Tuesday, Moderna did not argue that its vaccine requires a booster to prevent severe disease or hospitalization. Instead, it concentrated its arguments on preventing infection and mild to moderate disease.

Moderna said the mean antibody level of participants in its study was 1.8 times higher after the booster than it was after the second shot. In another measurement, the booster raised neutralizing antibodies at least fourfold in 87.9 percent of people compared to after the second dose, narrowly failing to meet the agency’s requirement of 88.4 percent.

Given that Moderna’s vaccine appears to still strongly protect against severe disease, at least some committee members are expected to balk at recommending a third dose. “Maybe it won’t be a slam dunk,” said Dr. Peter J. Hotez, a vaccine expert at the Baylor College of Medicine, of the panel’s vote. “Maybe we should wait a little bit longer on Moderna, let it drop off more first before we boost.”

One of the first presentations Thursday will come from Israeli health officials, who will discuss results of their booster campaign using Pfizer-BioNTech’s vaccine.

What to Know About Covid-19 Booster Shots

Who is eligible for a booster shot?

The F.D.A. authorized booster shots for a select group of people who received their second doses of the Pfizer-BioNTech vaccine at least six months ago. That group includes: Pfizer recipients who are 65 or older or who live in long-term care facilities; adults who are at high risk of severe Covid-19 because of an underlying medical condition; health care workers and others whose jobs put them at risk. People with weakened immune systems are eligible for a third dose of either Pfizer or Moderna four weeks after the second shot.

Will people who received Moderna or Johnson & Johnson vaccines be eligible?

What underlying medical conditions qualify for a booster shot?

The C.D.C. has said the conditions that qualify a person for a booster shot include: hypertension and heart disease; diabetes or obesity; cancer or blood disorders; weakened immune system; chronic lung, kidney or liver disease; dementia and certain disabilities. Pregnant women and current and former smokers are also eligible.

What occupations are eligible for boosters?

Can I mix Covid vaccines?

It is not recommended. For now, Pfizer vaccine recipients are advised to get a Pfizer booster shot, and Moderna and Johnson & Johnson recipients should wait until booster doses from those manufacturers are approved.

Can I get a flu shot at the same time as a Covid vaccine or booster shot?

Yes. The C.D.C. says the Covid vaccine may be administered without regard to the timing of other vaccines, and many pharmacy sites are allowing people to schedule a flu shot at the same time as a booster dose.

The Biden administration has been closely watching Israel’s experience because the country has a nationalized health care system that allows it to closely track recipients. The Israeli officials are expected to say that rates of infection and serious disease are significantly lower among those who got a booster shot than among those who did not. Israel’s definition of severe disease is significantly broader than the one used in the United States.

Since Israel’s data deal only with Pfizer’s vaccine, it is not clear how much weight committee members will give it. But it will provide them with more information than they had last month before voting to recommend a booster for a broad swath of Pfizer recipients.

Israeli scientists analyzed rates of infection and severe illness among 4.6 million people from July 30, when the country first began offering booster shots, to Oct. 6. They found that infection rates at least 12 days after a third injection were five- to 11-fold lower among the boosted population than among those who did not receive an extra injection.

The Israeli results have been published by a preprint service but have not been peer-reviewed.