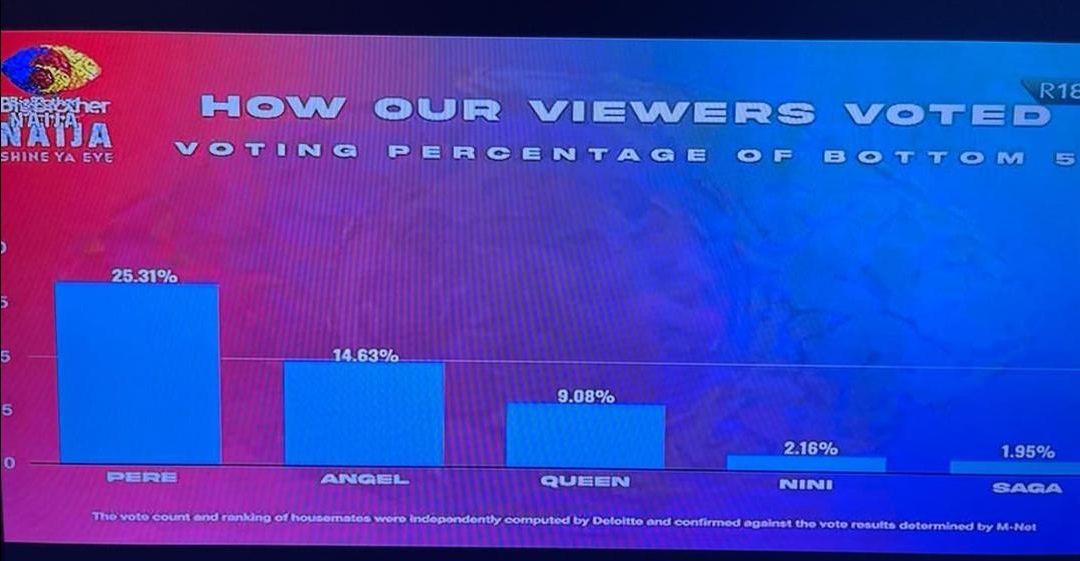 The final season 6 eviction show has clearly exposed how Big Brother has favorites and that viewers voting to keep their favorites in the house is just a waste of resources.

Today has been the last eviction night and Pere got 25.31% whereas Angel got 14.63% obviously Pere was saved by public voting but since big brother wanted Angel in the finals so badly he has now put his fate on a game of chance which took place in the white room after the live eviction show.
He and Angel have equal winning chances and whoever wins gets a spot in the finale (public votes ignored).

This has made Pere’s voters and other viewers bitter, his page handle even wrote a message on his page saying they are the most deserving of the 5th spot and they earned it.
#freePere #justice4pere are trending hashtags now.

Honestly with the margin Pere had, this is so unfair to him and his supporters who did all they could to save him.
Angel on the other hand just acts as a victim (crying all the time) and manipulative fans with her same stories.

If the public voting doesn’t really count why should the viewers continue with it?

Do you have a story in your community or an opinion to share with us: Email us at editorial@watchdoguganda.com