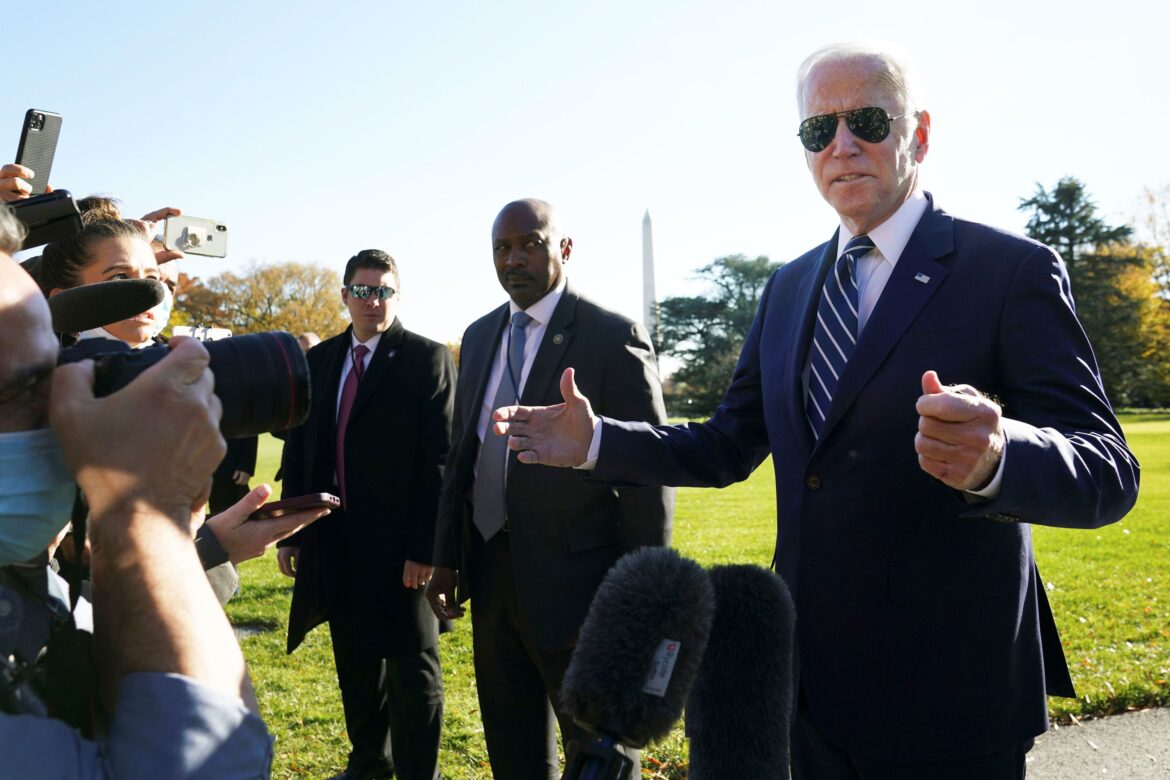 President Joe Biden said Friday that he and many other Americans feel “angry and concerned” about the acquittal of Kyle Rittenhouse for killing two men and wounding a third man— but also said that people have to “abide by” the jury’s verdict.

Biden called for calm in Kenosha, Wisconsin, acknowledging the strong emotions that led to civil unrest and shootings by Rittenhouse there last year, and which authorities are concerned could recur after his acquittal.

“I urge everyone to express their views peacefully, consistent with the rule of law. Violence and destruction of property have no place in our democracy,” the president said in a prepared statement.

“The White House and Federal authorities have been in contact with Governor [Tony] Evers’s office to prepare for any outcome in this case, and I have spoken with the Governor this afternoon and offered support and any assistance needed to ensure public safety.”

Biden originally spoke to reporters shortly after a jury found Rittenhouse not guilty on all five criminal counts.

“I stand by what the jury has concluded,” Biden said outside of the White House. “The jury system works, and we have to abide by it,” the president said.

“While the verdict in Kenosha will leave many Americans feeling angry and concerned, myself included, we must acknowledge that the jury has spoken,” Biden said.

“I ran on a promise to bring Americans together, because I believe that what unites us is far greater than what divides us,” he said.

“I know that we’re not going to heal our country’s wounds overnight, but I remain steadfast in my commitment to do everything in my power to ensure that every American is treated equally, with fairness and dignity, under the law.

Biden, who said he had not watched the trial, last year in a tweet from his account included Rittenhouse’s image in a montage of photos and video to blast then-President Donald Trump for refusing “to disavow white supremacists on the debate stage.”

The shootings by Rittenhouse with an AR-15-style rifle came during civil unrest over the shooting of a black man, Jacob Blake, by a white police officer, which left Blake paralyzed from the waist down.

On Monday, White House press secretary Jen Psaki refused to answer a question about why Biden suggested that Rittenhouse was a white supremacist.

But in her response, Psaki implied that Rittenhouse was a vigilante.

“What I’m not going to speak to right now is an ongoing trial, nor the president’s past comments,” Psaki said. “What I can reiterate for you is the president’s view that we shouldn’t have, broadly speaking, vigilantes patrolling our communities with assault weapons.”

“We shouldn’t have opportunists corrupting peaceful protests by rioting and burning down the communities they claim to represent,” she said.

Sen. Ron Johnson, a Republican who represents Wisconsin, in a statement said, “I believe justice has been served in the Kyle Rittenhouse trial.”

“I hope everyone can accept the verdict, remain peaceful, and let the community of Kenosha heal and rebuild,” Johnson said.