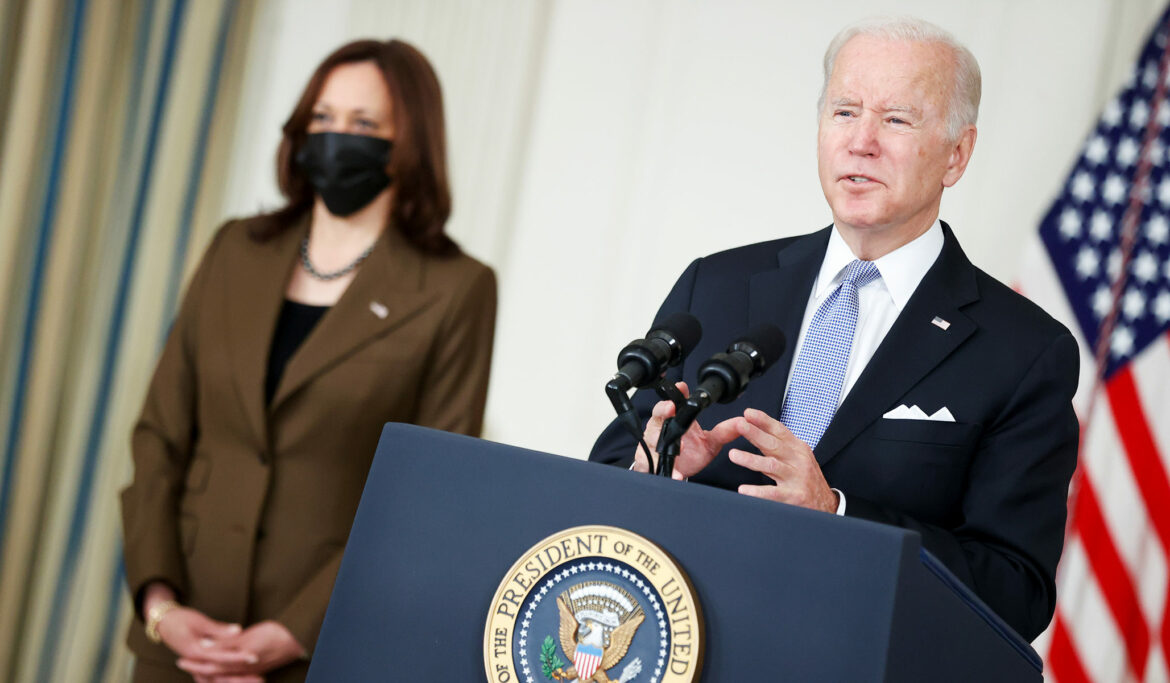 The president’s vaccine mandate is part of a pattern: He takes illegal actions in hopes that by the time the courts rule, his goals will have been achieved.

A
sked yesterday afternoon what the federal government intends to do while the president’s long-delayed vaccine mandate is being litigated in the courts, White House Deputy Press Secretary Karine Jean-Pierre explained that the administration intended to carry on as if nothing had happened. “People should not wait,” Jean-Pierre told reporters. “They should continue to move forward and make sure they’re getting their workplace vaccinated.”

So much for a return to those much-vaunted “norms.”

Apologists for Biden’s approach will choose to parse Jean-Pierre’s statement literally. “There’s nothing illegal here,” they will say. “The order has been stayed, and the administration is simply issuing an …