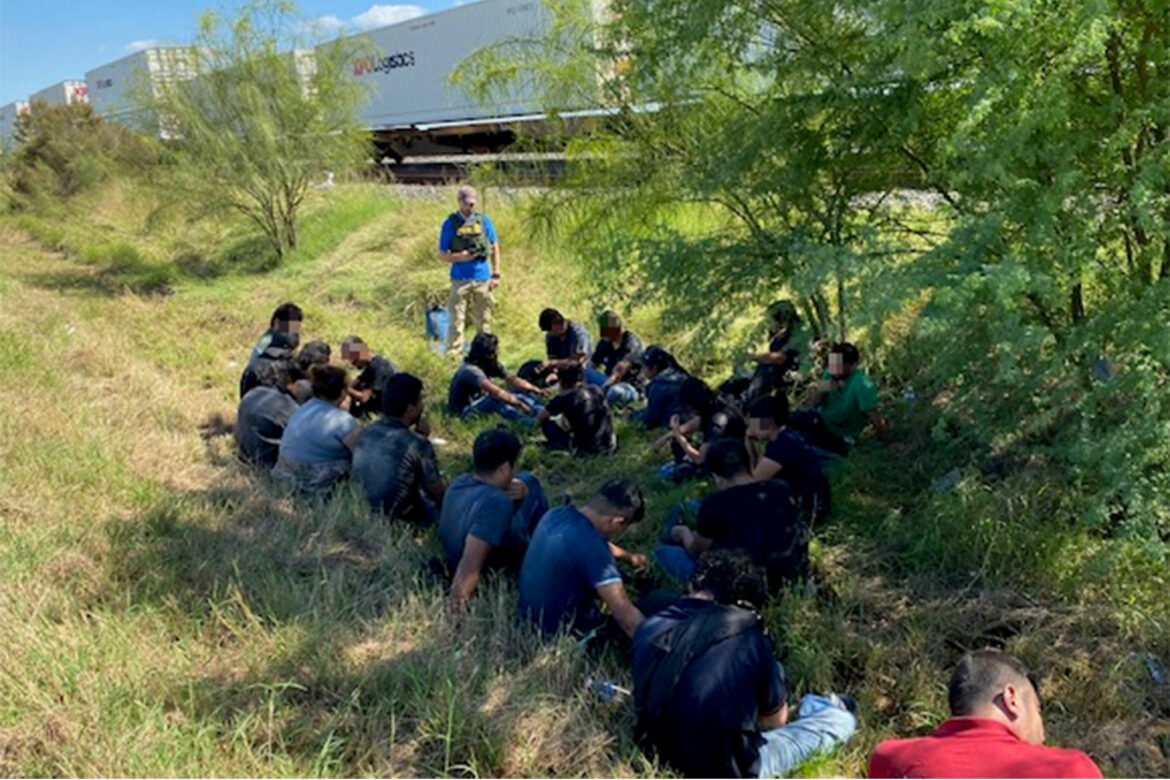 Border Patrol, working with the Nueces County Sheriff’s Office and Robstown police, arrested 22 migrants, the statement said. The group was carrying a bag with bolt cutters inside, which authorities believed were being used to break into train cars.

As agents were waiting to transport the group, they noticed a “suspicious” blue GMC Yukon driving by. A traffic stop by sheriff’s deputies revealed that the SUV’s two occupants were also in the US illegally. The pair were detained on suspicion of intending to transport the other 22 illegal immigrants further into the US.

The group of two dozen are originally from Mexico, Guatemala and El Salvador, the CBP statement said.

In a separate operation, five illegal immigrants from Honduras and El Salvador were arrested Sunday after fleeing a black Volkswagen Jetta when it was stopped by a police officer in Mission, Texas.

“Even with the spread of the COVID-19 virus, human smugglers continue to try these brazen attempts with zero regard for the health and safety of migrants or the citizens of the U.S. they may encounter,” CBP said in a statement. “The U.S. Border Patrol agents of the Rio Grande Valley Sector will continue to safeguard the nation and community against these criminal elements.”

The Biden administration has struggled to respond to a surge in illegal immigration along the US-Mexico border, with agents making 200,000 stops for the first time in consecutive months since 2000.

Meanwhile, the Department of Homeland Security announced Tuesday that it would stop roundups of illegal immigrants at their place of work and encourage “prosecutorial discretion” for those who are “victims of, or witnesses to, workplace exploitation.”

“The deployment of mass worksite operations, sometimes resulting in the simultaneous arrest of hundreds of workers, was not focused on the most pernicious aspect of our country’s unauthorized employment challenge: exploitative employers,” Homeland Security Secretary Alejandro Mayorkas said in a three-page memo. “These highly visible operations misallocated enforcement resources while chilling, and even serving as a tool of retaliation for, worker cooperation in workplace standards investigations.”

The memo from Mayorkas to the heads of Immigration and Customs Enforcement (ICE), US Citizenship and Immigration Services (USCIS) and CBP, gives them 60 days to come up with plans that help “alleviate or mitigate the fear that victims of, and witnesses to, labor trafficking and exploitation may have regarding their cooperation with law enforcement in the investigation and prosecution of unscrupulous employers.”

The DHS chief suggested that the plans consider “deferred action, continued presence, parole, and other available relief for noncitizens who are witnesses to, or victims of, abusive and exploitative labor practices.”

Tuesday’s directive comes on the heels of a Sept. 30 order for ICE to focus on deporting illegal immigrants who “pose a threat to national security, public safety, and border security” because the government doesn’t have the resources to track down every person who enters the US unlawfully.​