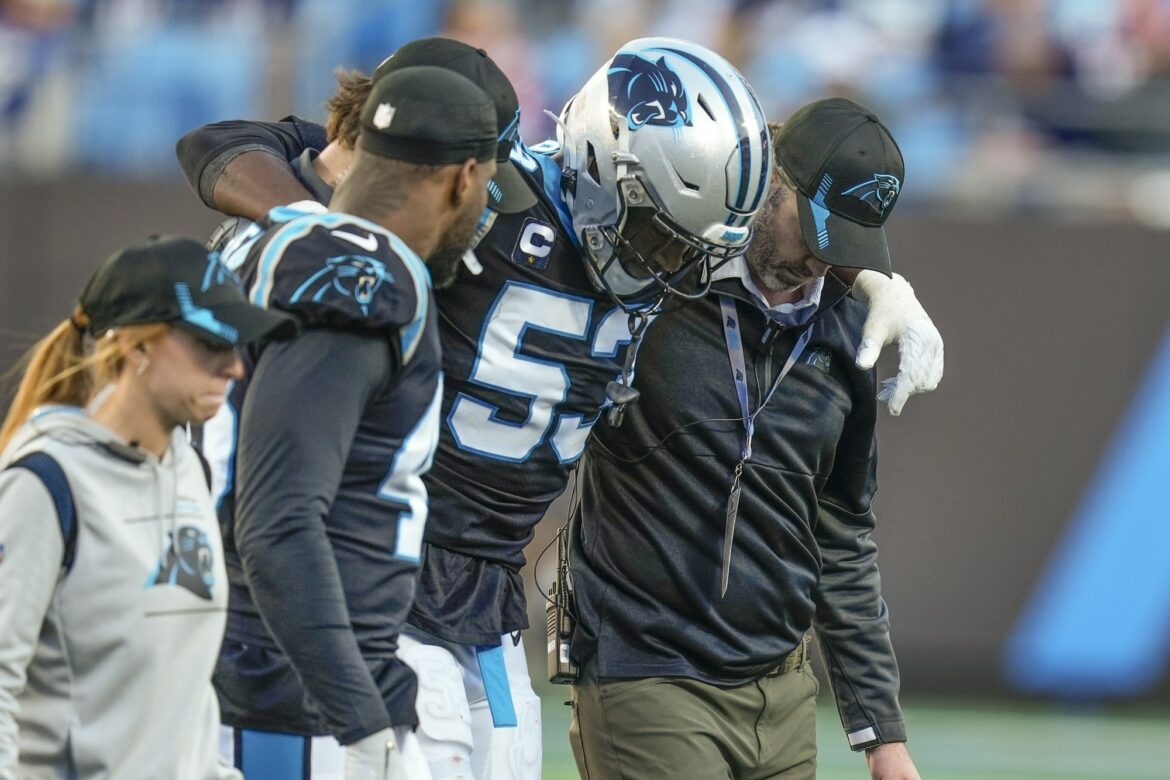 Panthers defensive end Brian Burns injured his ankle on what some called a dirty play by Patriots quarterback Mac Jones. Burns wishes he could get revenge.

As the Carolina Panthers and New England Patriots faced off in Week 9, the prevailing storyline after the game was a play in which Patriots quarterback Mac Jones threw an interception and then latched onto Panthers defensive end Brian Burns’ ankle and then twisted it and took him to the ground. The play resulted in an injury to Burns.

The discourse since then has been calling Jones out for a dirty play. For his part, the rookie quarterback claimed he thought Burns had the ball and was trying to tackle him with no intent to injure anyone. But what did the Panthers defensive end have to say?

On Wednesday, Burns was asked if he’d heard from Jones or anyone on the Patriots about the play. Laughing, per The Athletic, he said, “It would be nice to have an apology, but it’s not gonna happen.”

The rising star in Carolina then said he would like to play the Patriots again, no doubt so he could have another opportunity to get after Mac Jones.

With the Patriots obviously not on the schedule again this season for the Panthers, though, Burns finished up his response on the matter by saying, “I wish all my fellow D-end brothers happy hunting.”

As fate would have it, Mac Jones and the Patriots face Myles Garrett and the Browns in Week 10, which should indeed involve some “happy hunting” as the Cleveland defensive end has been a game-wrecker for much of this season.

All told, though, Burns handled his response to the whole incident well. It’s understandable he’d want some semblance of revenge but it appears that his fellow players in the league at his position getting after Jones will suffice for the Panthers star.