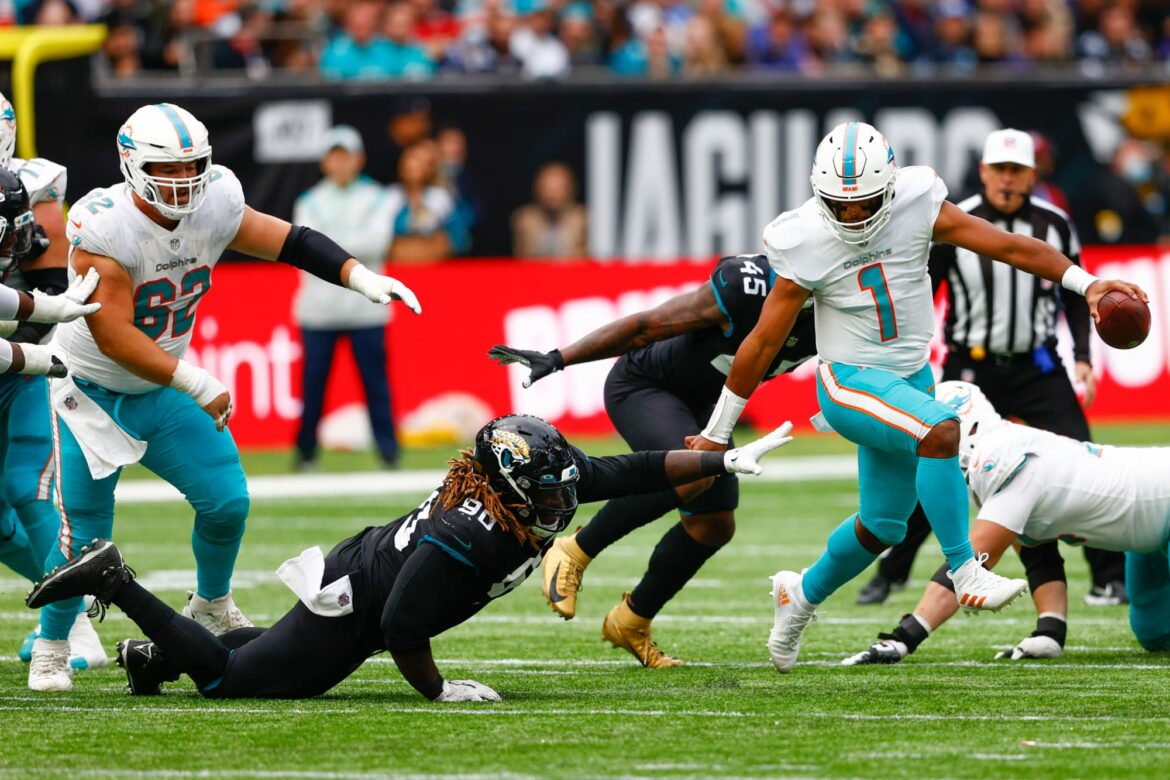 There is no doubt that conversations concerning the availability and trade of Deshaun Watson have been happening inside the NFL every day since early 2021.

However, according to multiple reports, those conversations are starting to finally escalate and the trade of Deshaun Watson may be imminent.

Reports suggest the Houston Texans and Miami Dolphins are closing in on a trade that would send Deshaun Watson to Miami. The rest of the details have not yet been released. However, it does have many wondering what this would mean for Tua Tagovailoa, the Dolphins’ current starting quarterback and former first-round pick.

I have a feeling Denver may be getting a new QB in the mail before long.

Broncos reportedly have interest in Tua Tagovailoa, but other reports deny

According to speculation, the former Alabama star may be heading for Denver, as the Broncos are supposedly wanting in on the three-way trade. Tagovailoa, who just returned from injury this past Sunday in the Dolphins’ loss to the Jacksonville Jaguars, would likely take over the starting quarterback role, overtaking both Teddy Bridgewater and Broncos’ former first-round pick, Drew Lock.

Several Broncos insiders have refuted these rumors, stating that they are nothing more than internet talk.

There were Internet rumors, I relayed the there were rumors and that I had calls in.

The Broncos are currently 3-3, despite starting the season 3-0. Their passing offense is ranked just inside the top half of the entire league, but in a division with two of the best passing offenses in the Chiefs and Chargers, that will not cut it.

If they bring in Tagovailoa, their hope would be that not only does he fit and perform better in the Broncos system than he did in the Dolphins system, but also that he can motivate and help elevate the offense around him.