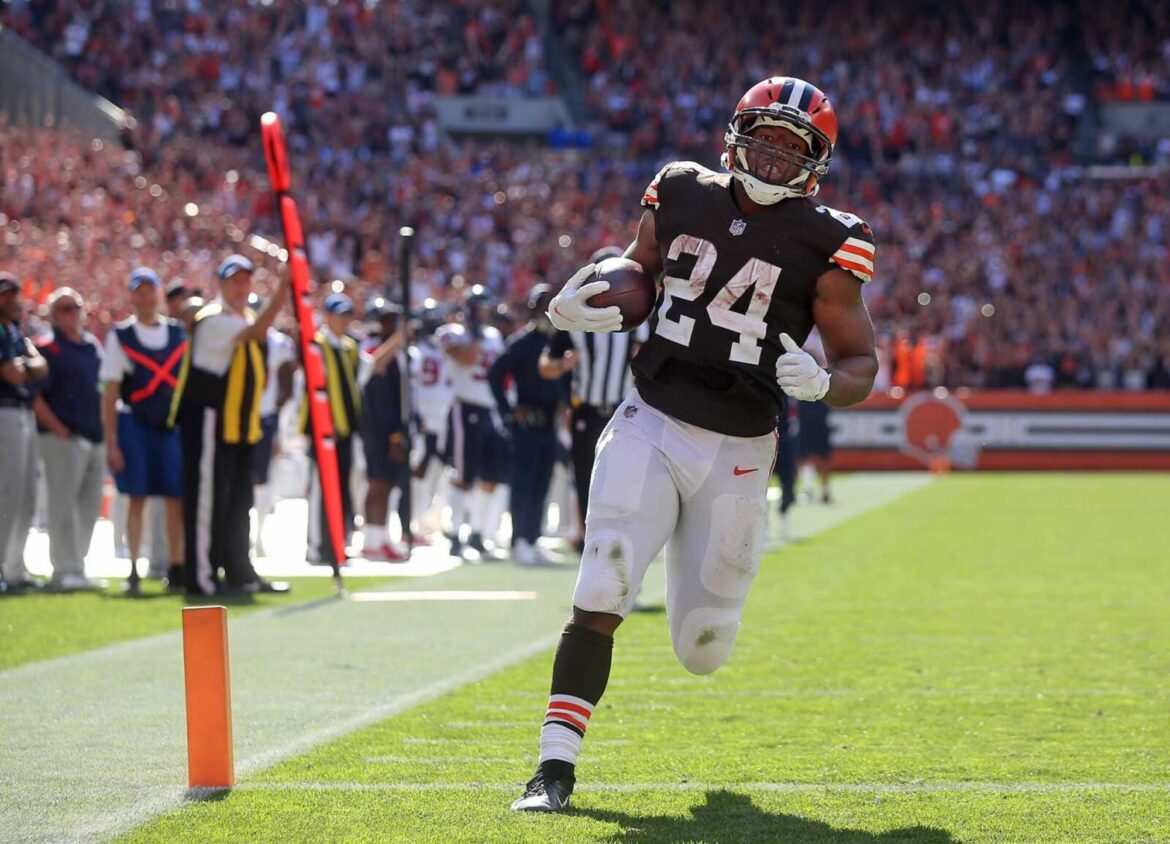 The Cleveland Browns will not have Nick Chubb available for Thursday Night Football.

The injuries are starting to pile up for the Cleveland Browns, as starting running back Nick Chubb has officially been ruled out for Week 7’s Thursday Night Football game vs. the Denver Broncos.

Chubb did not play on Sunday vs. the undefeated Arizona Cardinals. To make matters even worse, his backup running back Kareem Hunt got hurt and is expected to miss multiple weeks with his injury. Let’s not overlook the fact that starting quarterback Baker Mayfield is really banged up and he is going to do everything in his power to play on Thursday. The Browns are in rough shape.

Though the Broncos have lost three games in a row, Cleveland will need to have a great game plan devised by head coach Kevin Stefanski in an attempt to stop the bleeding.

Nick Chubb ruled out for TNF: Who is the Browns’ backup running back?

With Chubb and Hunt out for Thursday night’s home game, look for D’Ernest Johnson to get the bulk of the carries. While they have a bona-fide track star on the roster in Anthony Schwartz, he is a wide receiver by trade. With such a depleted running backfield, it would not be shocking to see Demetric Felton get some carries as well, as he is ahead of Johnson on the team’s depth chart.

If Cleveland wants the losing streak to end, they must win with defense and the passing game.