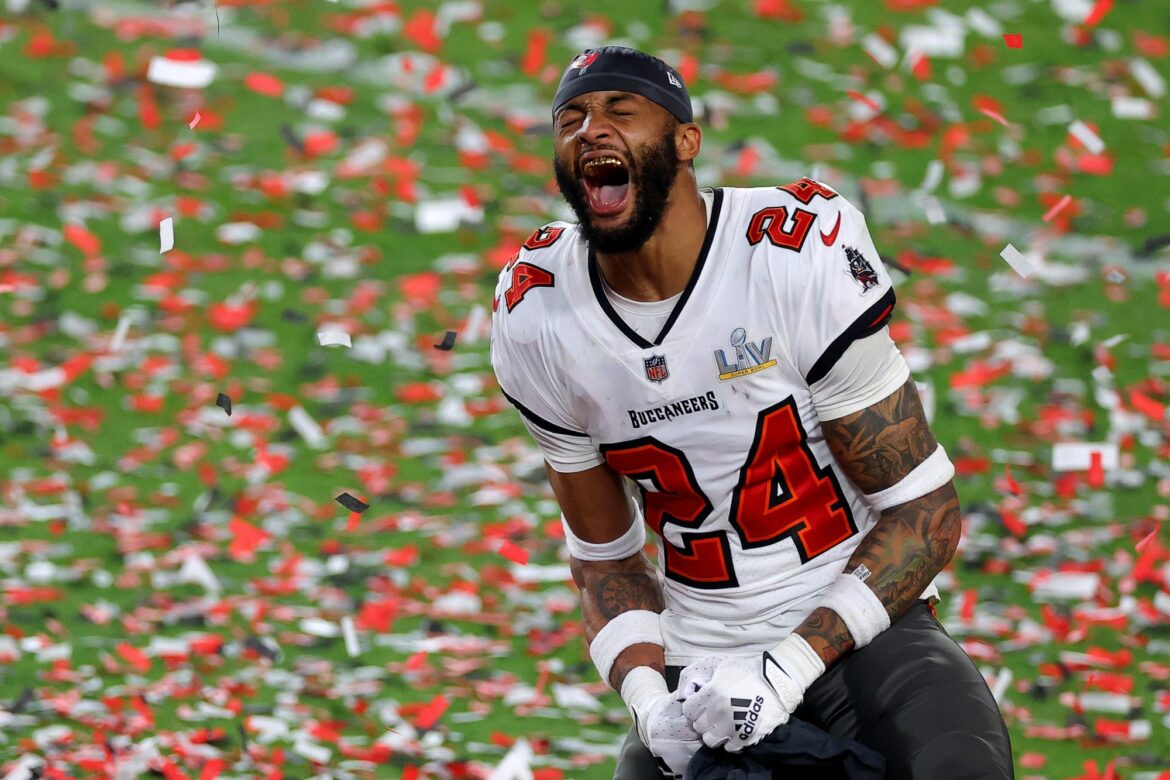 Tampa Bay Buccaneers will be without starting cornerback Carlton Davis III for at least a month.

The defending Super Bowl champion Tampa Bay Buccaneers suffer another brutal blow to their secondary. Today, the team officially placed starting corner Carlton Davis III on injured reserve with a quad injury. Davis III will have to miss at least three games with the timetable for his injury being 4-6 weeks.

The #Bucs placed CB Carlton Davis on Injured Reserve, which knocks him out 3 games at least. The ballpark is 4-6 weeks for his quad injury, I’m told, so expect to see him in November.

Davis III battled through multiple minor injuries in the first three weeks of the season but the quad injury sustained during Sunday Night Football will officially sideline.

Unfortunately for Tampa Bay, this has been far too common in the secondary this season. Earlier in the year, cornerback Sean Murphy-Bunting was placed on the injured reserve list with a dislocated elbow. Cornerback Jamel Dean also was out last week with a knee injury. The injuries and slow defensive start is what made the Buccaneers sign veteran corner Richard Sherman. Sherman joined the team in the middle of last week and immediately started on Sunday against the Patriots.

Sherman is tasked with helping to turn the labored secondary’s performance around. Through four weeks, the Buccaneers rank dead last with 327.5 passing yards allowed a game. The defense is also allowing 26.3 points a game.

Tampa Bay must weather the storm of injuries and improve defensively if they want to repeat as Super Bowl champions. Fortunately for the Buccaneers, they do have an explosive offense to lean on. That is why despite the terrible pass defense the team enters Week 5 at 3-1. They hope to keep winning while the defense regains its health.