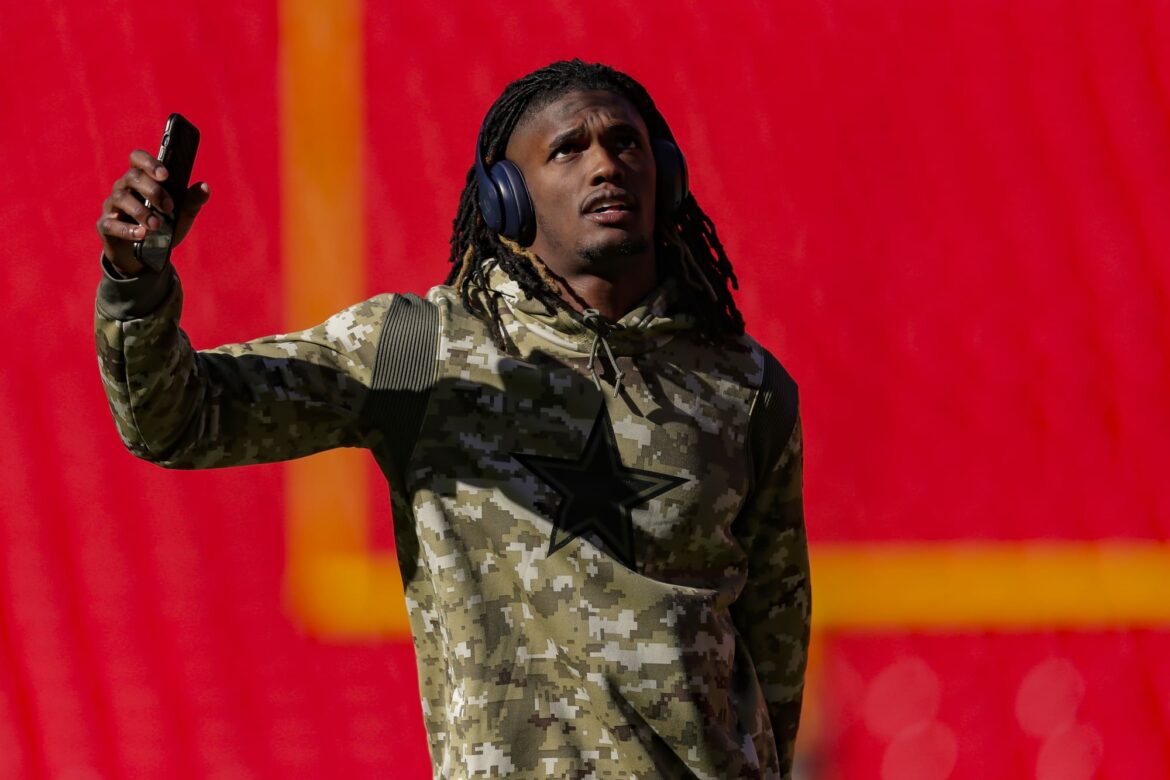 KANSAS CITY, MO – NOVEMBER 21: CeeDee Lamb #88 of the Dallas Cowboys warms up prior to the game against the Kansas City Chiefs at Arrowhead Stadium on November 21, 2021 in Kansas City, Missouri. (Photo by David Eulitt/Getty Images)

5 bold predictions for Bears against Lions by Russell S. Baxter

The Thanksgiving showdown with the Las Vegas Raiders just got a bit more difficult for the Dallas Cowboys, as CeeDee Lamb won’t be able to suit up.

While Dallas Cowboys fans were hoping that CeeDee Lamb would be able to clear the concussion protocol and suit up on Thursday, that’s not going to be the case. Lamb injured himself in the loss to the Chiefs last weekend, suffering a concussion on a Dak Prescott interception.

According to NFL insider Jay Glazer, Lamb has indeed been ruled out for the Week 12 showdown with Las Vegas. With Amari Cooper also sidelined due to COVID protocols, Prescott will be without his top two weapons.

CeeDee Lamb concussion has him ruled out for Week 12

With both Cooper and Lamb out of the action, Michael Gallup will become the No. 1 option for Prescott going up against the Raiders. Cedric Wilson also figures to see more passes thrown his way, with the same being said for tight end Dalton Schultz.

At the same time, this could make the Cowboys rely a little bit more on the running game as well. While Ezekiel Elliott is of course the workhorse, Tony Pollard has seen more and more action as the season progresses. He could see an expanded role vs. Las Vegas too.

Entering this showdown, Dallas is 7-3 on the season and the Raiders are 5-5. Both teams are coming off disappointing results on Sunday, with the Cowboys losing to the Chiefs in Kansas City and the Raiders falling to the Bengals at home.

Even with this late news on Lamb, Dallas remains favored over the Raiders to come out on top. We’ll see if Mike McCarthy’s men can get the job done and record win No. 8 on the season.