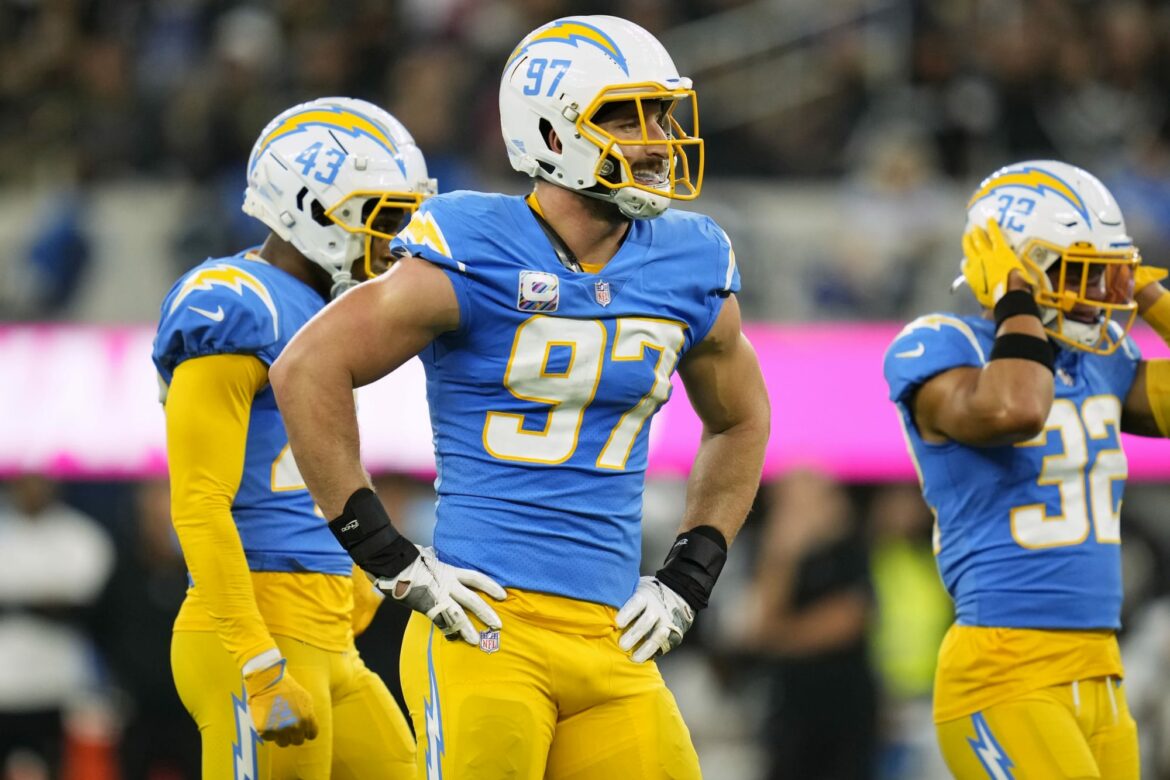 Freddie Freeman rumors: Could Dodgers be a dark-horse fit? by Mark Powell

Chargers star defensive end Joey Bosa has been placed on the Reserve/COVID-19 list ahead of Los Angeles’ primetime matchup against the Steelers.

The Los Angeles Chargers have been in the midst of a disappointing midseason rut with losses in three of their last four games and only a three-point win over the Eagles in the positive column.

Now, heading into a Sunday Night Football matchup against the Steelers in Week 11, they could face another uphill battle.

On Tuesday, the Chargers placed star defensive end Joey Bosa on the Reserve/COVID-19 list ahead of the Steelers game. Young defensive tackle Jerry Tillery has also been put on the COVID list as well.

Bosa is, bar none, the biggest piece of the Chargers’ defensive front. With the loss of Melvin Ingram in free agency, the franchise is a bit then on the edge and losing Bosa could exacerbate that issue.

That being said, it’s not yet known what the vaccination status of both Bosa and Tillery is and, subsequently, what their availability looks like for the matchup in primetime against the Steelers.

If there’s any silver lining, though, it’s that it appears that the Steelers could be without Ben Roethlisberger for the second straight game given his own placement on the COVID-19 list. Not that there’s ever a good time for the Chargers to lose their best pass-rusher but, if there was, it would be when the defense only has to contend with Mason Rudolph and a bad offensive line.