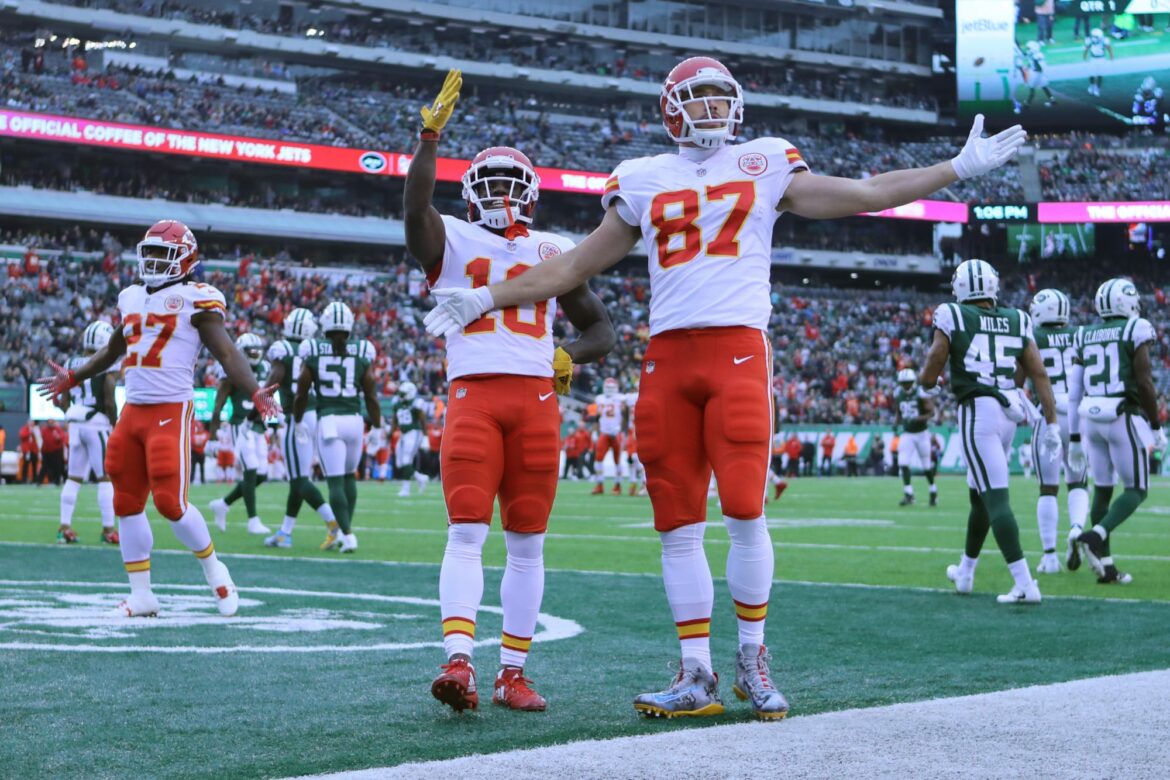 The Kansas City Chiefs receive a promising injury update regarding the status of Travis Kelce and Tyreek Hill before their Week 7 game versus the Titans.

No team in the NFL has a duo quite like Travis Kelce and Tyreek Hill — that’s what made the idea of missing them so painful for Chiefs fans and fantasy managers alike.

But here’s a bit of good news for the aggrieved parties: it looks like these two could both be suiting up in Week 7 to take on the Tennessee Titans.

Chiefs’ TE Travis Kelce, who missed practice time this week due to a neck injury, is off the injury report and expected to play Sunday vs. the Titans.

Chiefs listing WR Tyreek Hill, who missed practice time this week due to a quad, as questionable, though he is likely to play.

It’s promising news for the Chiefs, who are currently 3-3 and could reasonably experience another loss at the hands of Derrick Henry, who just might run away with the all-time NFL rushing record this season.

But with Hill and Kelce in their arsenal, the Chiefs have a fighting chance at clawing their way up through the divisional rankings.

Kelce, who suffered a “stinger” of a neck injury in Week 5, has been battling the lingering injury as late as this week. He remained limited at practice as recently as Wednesday.

The injury limited him in Week 6 as well, when Kelce saw his fewest snaps of the season with 82 percent. Still, the key Chiefs receiver turned that into eight receptions for 99 yards.

“I do,” Kelce said this week when asked if he expected to play. “I mean, I was itching at the bit to have every single rep that I can possibly get out there. That’s just who I am.”

On Friday, Hill was a limited participant at practice, but this is an uplifting indication of his likeliness to play in Week 7. Hill has been dealing with a lingering quad injury that caused him to miss time in Week 6 as well.

Tyreek Hill and Joe Thuney were back to practice today for Chiefs. A good sign for their availability on Sunday against Titans.

While the Chiefs have struggled more than expected in 2021, the absence of Kelce and Hill would all but decide their fate for the remainder of the season. With these two weapons, the Chiefs can brandish their trademark magic to pull out a win, even against the NFL’s best running back.