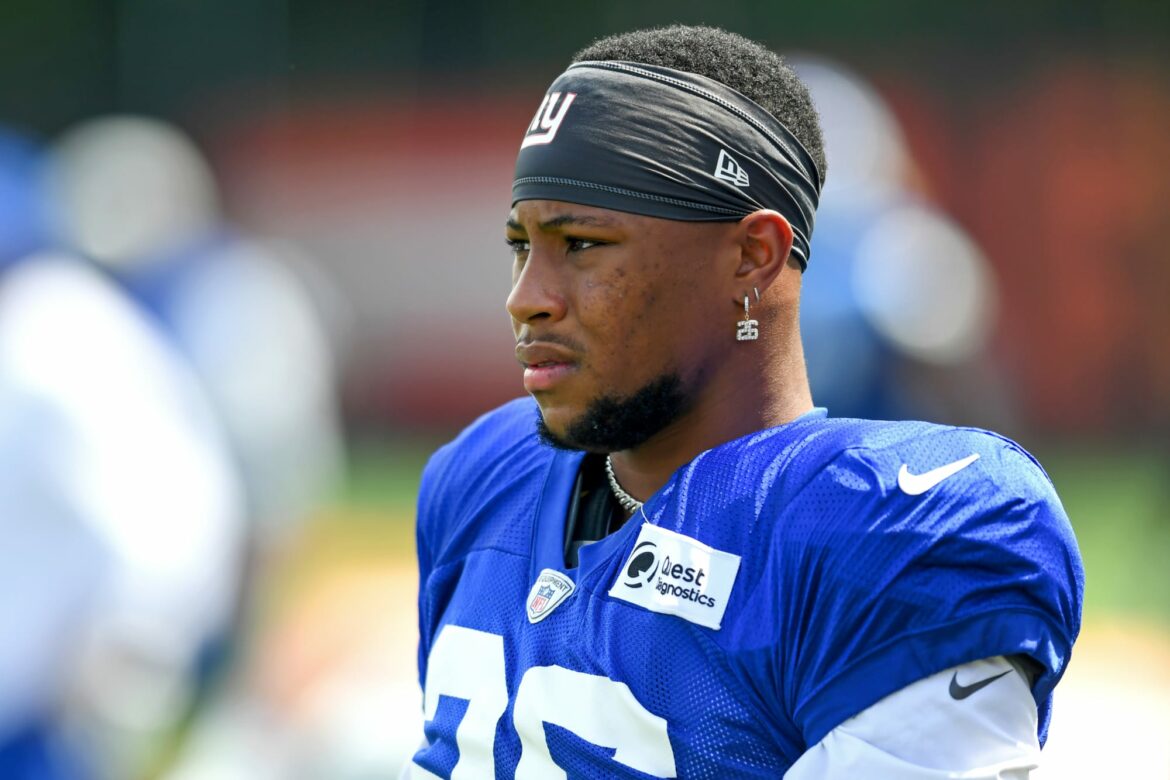 New York Giants’ star running back Saquon Barkley suffered an ankle injury and was ruled out for the remainder of their game against the Cowboys.

Barkley has struggled with injuries the majority of the last two seasons. The Penn State product suffered a torn ACL in Week 2 of 2020, forcing him to miss the entirety of that league year.

A return to normalcy was a hopeful prognosis for Barkley, as he hasn’t quite looked the same during the team’s first few games of the 2021 campaign. Then, on Sunday, it all came to a head as Barkley suffered what looks to be a severe ankle injury.

The close-up photo thanks to the FOX broadcast is tough to look at, so we’ll just link it here out of respect to Barkley.

With Barkley now out for the remainder of the game and potentially beyond that, the Giants will turn to backup running back Devontae Booker to lead the rushing attack. New York must also lean on starting quarterback Daniel Jones, who has proven himself an asset running the ball this year.

As much as Jones’ rushing ability is a surprise, the Giants need him to lead the offense now more than ever.

New York’s playoff chances are fading rapidly, as a team many thought could be a dark horse in a less-than-capable NFC East has proven itself as anything but.

What happened to Saquon Barkley?

Barkley injured his ankle in pretty horrific fashion, and now could be forced out for several weeks unless the initial prognosis was an overstatement.

We should know more in the days to follow.