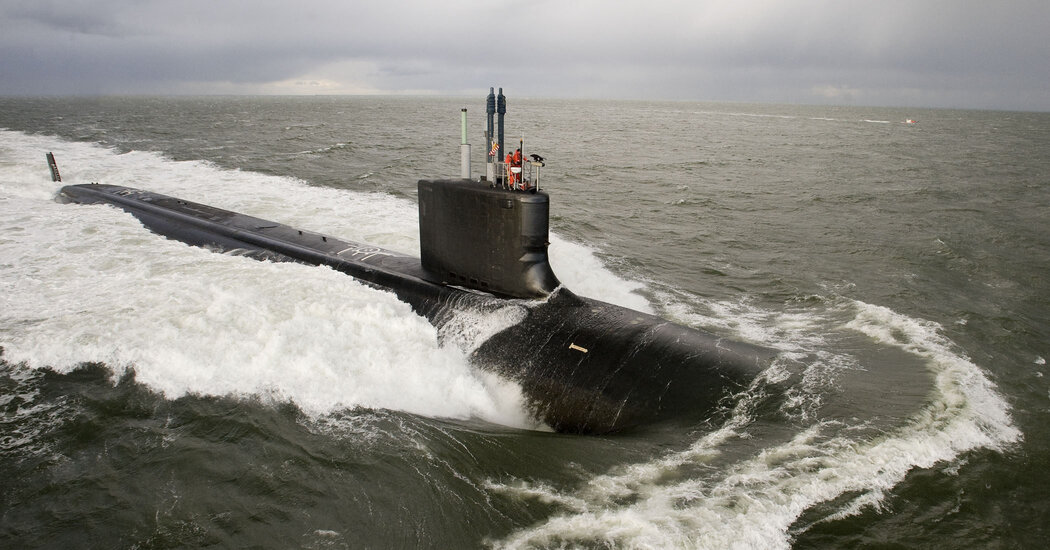 In 2005, the couple, who had married in Georgia two years before, moved to Colorado, after Ms. Toebbe finished her Ph.D. in anthropology at Emory University. Both took jobs at the private Kent Denver School.

Let Us Help You Protect Your Digital Life

Two years later, Mr. Toebbe started his own Ph.D. program at the Colorado School of Mines. The nuclear physics program there is funded in good measure by government grants. It funnels many of its students to jobs at the national labs, for work on nuclear weapons, or to naval reactors, where they can work on the next generations of nuclear submarines or aircraft carriers.

Mr. Toebbe’s initial project, involving work related to nuclear fusion at the Lawrence Livermore National Laboratory, would have taken him to a career in California, working at the lab and on nuclear weapons. Colleagues remember him as a diligent student and a strong presenter who could convey complex ideas to an audience.

But the Ph.D. program provided only a $20,000 annual stipend. Ms. Toebbe’s teaching salary was also modest. In 2005, they purchased a newly constructed four-bedroom house for $268,500 in the Denver suburb of Aurora, with two mortgages covering the entire cost.

When the financial crisis hit in 2008, housing prices dropped precipitously. By July 2010, the couple was behind on mortgage payments and the lender filed for foreclosure. The Toebbes were forced to sell at a significant loss.

Around the same time, Mr. Toebbe began talking to friends about his need to support his family and earn more money. While working at the national lab would eventually lead to a better-paying career path, the military offered a quicker pay increase. Mr. Toebbe swapped research projects, taking a less promising line of study, but one that would take him to the East Coast. And in July 2012, abandoning his Ph.D. and settling for a master’s degree, he joined the Navy.

The Navy is examining how Mr. Toebbe could have smuggled out classified material and put it on memory cards — a feat that has puzzled current and former officers.Credit…West Virginia Regional Jail and Correctional Facility Authority, via Associated Press

In the summer of 2012, they moved with their young children to Annapolis.

In the Navy, Mr. Toebbe, who reached the rank of lieutenant, worked mostly in the Washington area, mainly on naval reactors, but also did a brief tour at the Pentagon. A key question for prosecutors — and one being debated by Navy officials — is when Mr. Toebbe began collecting the information that prosecutors say he eventually tried to sell.