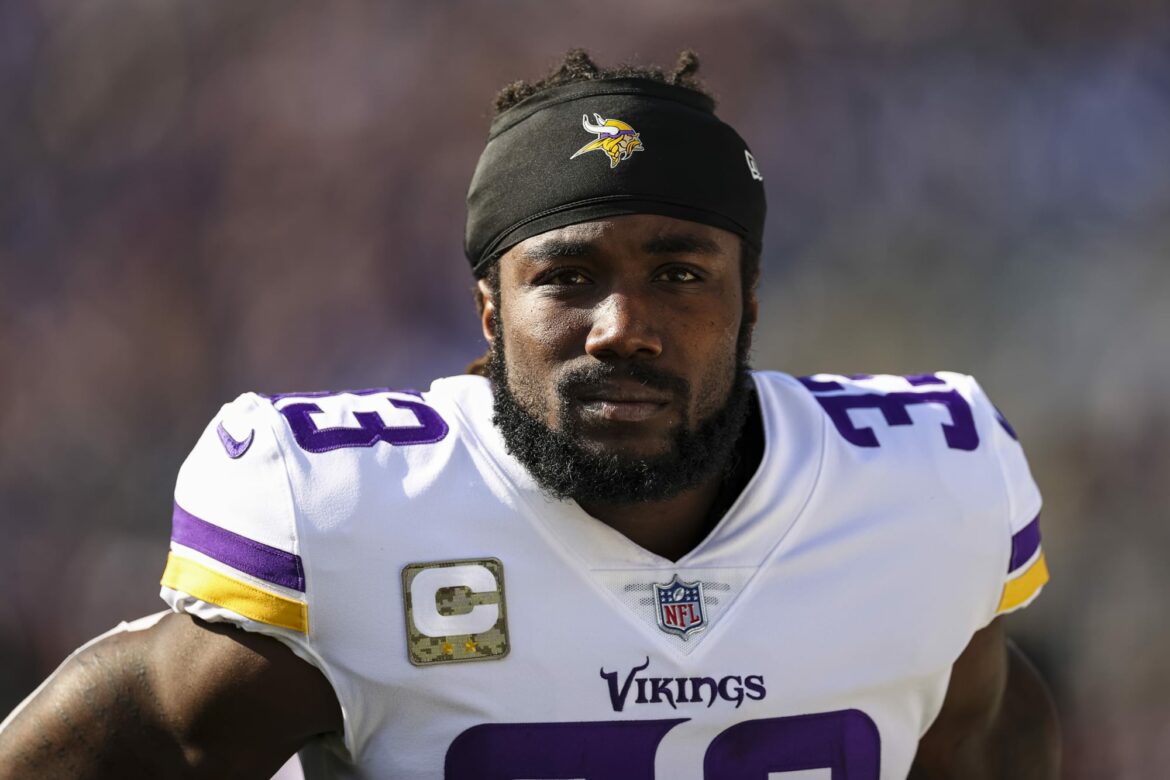 BALTIMORE, MD – NOVEMBER 07: Dalvin Cook #33 of the Minnesota Vikings looks on before the game against the Baltimore Ravens at M&T Bank Stadium on November 7, 2021 in Baltimore, Maryland. (Photo by Scott Taetsch/Getty Images)”nNo licensing by any casino, sportsbook, and/or fantasy sports organization for any purpose. During game play, no use of images within play-by-play, statistical account or depiction of a game (e.g., limited to use of fewer than 10 images during the game).

Dalvin Cook says he’s trying to reach out to his teammate after seeing the disturbing Everson Griffen video on Wednesday morning.

A disturbing video posted to the Instagram account of Minnesota Vikings defensive end Everson Griffen on Wednesday morning has prompted an ongoing police situation outside of his home.

In the video Griffen is seen sitting at his home in the dark with a handgun, describing to those watching that he has a license to carry it and that he’s preparing to defend himself against what he claims is a threat to his life.

He notes that he bought ammunition for the gun and that it was acquired with the help of Vikings running back Dalvin Cook.

Local authorities released a report late Wednesday morning detailing that Griffen had called police around 3 a.m. CT saying that he was fearing for his life. Griffen told dispatchers that he had fired his weapon but that no one was injured.

According to police, Griffen is refusing to leave his home although they believe no one else is in immediate danger.

Cook told members of the Minnesota media that he had attempted to reach out to Griffen after seeing the video but hasn’t heard back from him. He also noted that he wasn’t sure why his name was mentioned by Griffen but is more concerned about the mental health and safety of his teammate and friend.

Dalvin Cook on Everson Griffen: “That’s my brother. I just want him to be OK.” Cook said he doesn’t know why he was mentioned in a video Griffen posted.

Dalvin Cook has attempted to reach out to Everson a couple times this morning, phone calls and texts. Says Griffen has not contacted him back

Dalvin Cook said he is foremost concerned about Everson Griffen well being. Says mental health is important. Doesn’t know why his name was mentioned in video

The Vikings released a statement on Wednesday morning saying that they’re aware of the situation and are doing all they can to get Griffen any assistance he needs, as well as cooperating with local law enforcement.