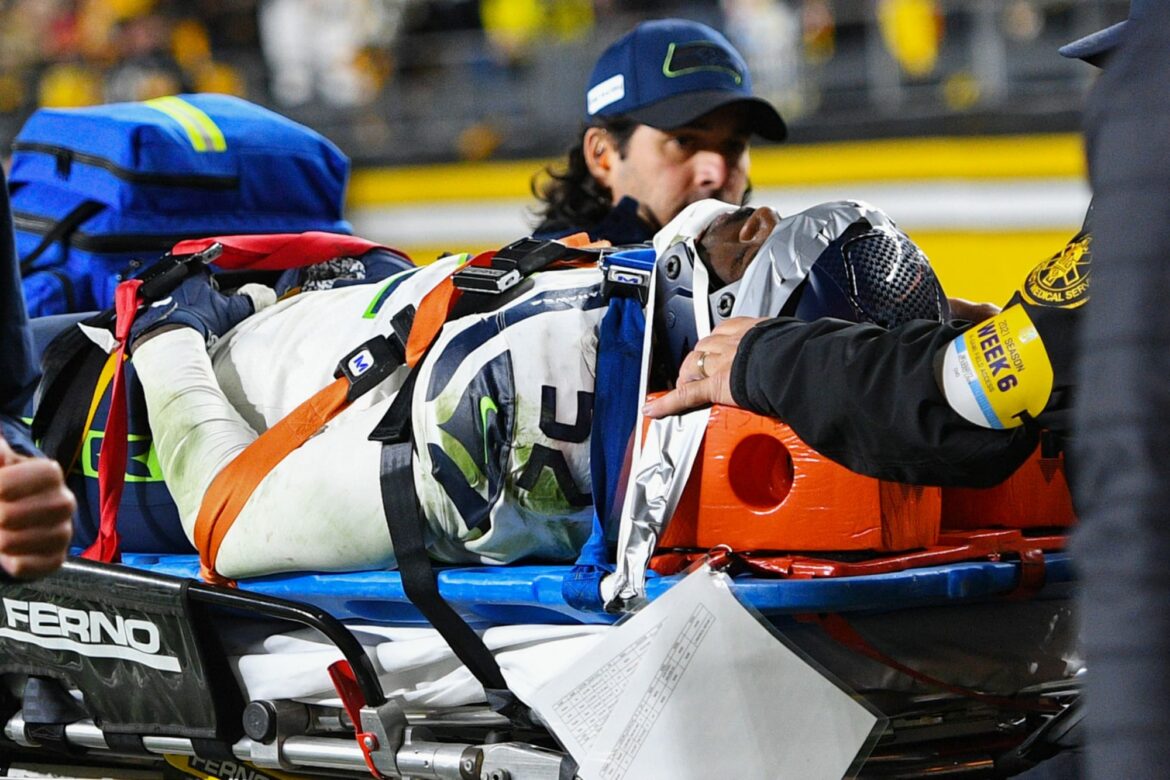 PITTSBURGH, PENNSYLVANIA – OCTOBER 17: Darrell Taylor #52 of the Seattle Seahawks is carted off the field after an injury during a game against the Pittsburgh Steelers at Heinz Field on October 17, 2021 in Pittsburgh, Pennsylvania. (Photo by Joe Sargent/Getty Images)

After suffering a horrific hit on Sunday night, Seahawks defensive end Darrell Taylor reportedly has full use of his extremities.

Football is a dangerous game. Seahawks defensive end Darrell Taylor, unfortunately, showed that on Sunday Night Football as his head got pushed forward into another player’s back. He was immobilized after the play and the game was stopped in its tracks in a terrifying moment. Taylor was then carted off the field and rushed to a hospital

All initial reports signified that Taylor would be okay. As of Sunday night, Taylor’s preliminary CT scans were clear of damage and he has use of his extremities, which is reassuring when considering the potential severity of any spinal trauma.

“He really did get a great report on his CT scans that he was clear and all that. He’s got more tests to do just to double-check and triple-check and make sure he’s OK, MRIs and stuff today. But the initial return is that he didn’t have any major damage at all, and he feels good. I talked to him just a few minutes ago, and he’s got a sore neck right now, a stiff neck a little bit. But he really feels — relative to what it looked like and what we were having to deal with — he really got a great turnaround and great news.”

Carroll’s report is reassuring. These types of injuries can sometimes be devastatingly serious, even hindering or taking away a player’s ability to walk. Steelers fans in attendance and watching were surely reminded of the awful injury that ended Ryan Shazier’s playing career.

While helmet-led tackling remains banned in the NFL, every player is one awkward play away from broken bones and serious injuries. That’s what makes Taylor’s positive recovery update so inspiring: the promising Seahawks defensive end still has a bright future in Seattle.