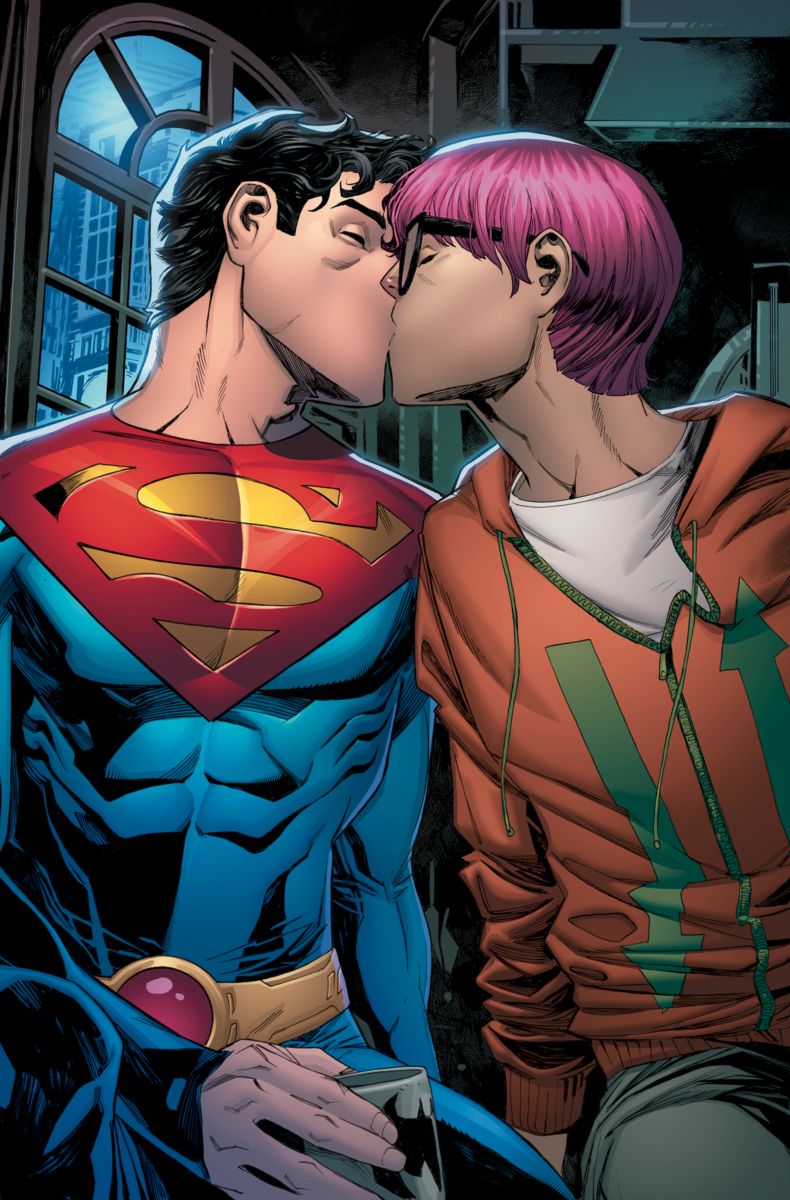 It’s a bird, it’s a plane, it’s a refreshingly modern take on a classic superhero.

DC Comics announced Monday that its new Superman will come out as bisexual in the upcoming issue “Superman: Son of Kal-El” #5, by writer Tom Taylor and artist John Timms.

“I’ve always said everyone needs heroes and everyone deserves to see themselves in their heroes and I’m very grateful DC and Warner Bros. share this idea,” Taylor said. “Superman’s symbol has always stood for hope, for truth and for justice. Today, that symbol represents something more.”

Jonathan Kent — the 17-year-old son of Clark Kent and reporter Lois Lane — has all the same powers as his dad, NPR’s resident comic book aficionado Glen Weldon reports. Due to this, Jon will pick up the mantle of Superman while his pop, the OG Man of Steel, does some superheroing in space for an indefinite amount of time.

And ka-powing Metropolis’ resident bad guys isn’t the only way Superman Jr. will emulate his dad: Jon will also fall for a reporter, a hacker friend of his named Jay Nakamura. Taylor describes Lois Lane as Jay’s “hero,” but he emphasized to IGN that Jay himself will be no damsel (or dude) in distress.

That’s because Jay has superpowers of his own.

“That means, of everyone in Jon’s life, Jay is the only person Jon doesn’t need to protect,” Taylor explained. “It means their relationship is an equal one built on mutual support.”

Taylor and Timms are known for their work on the Harley Quinn comics, and the hammer-slinging acrobatic clown was the first openly bisexual character Taylor ever wrote. Taylor told IGN that despite his success, he’s had plenty of queer characters and storylines rejected by the industry.

“The idea of replacing Clark Kent with another straight white savior felt like a missed opportunity,” Taylor told The New York Times. “For so many people, having the strongest superhero in comics come out is incredibly powerful.”