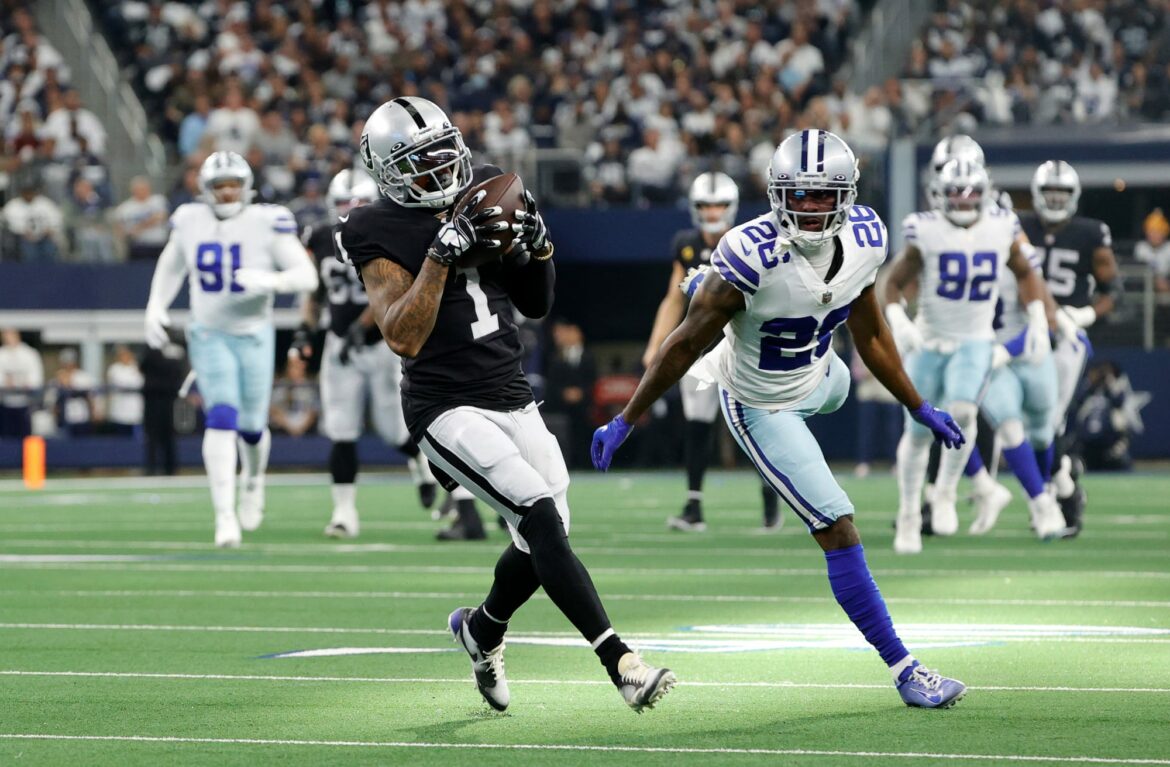 ARLINGTON, TEXAS – NOVEMBER 25: DeSean Jackson #1 of the Las Vegas Raiders makes a reception under pressure from Jourdan Lewis #26 of the Dallas Cowboys prior to scoring his sides first touchdown during the first quarter of the NFL match between Las Vegas Raiders and Dallas Cowboys at AT&T Stadium on November 25, 2021 in Arlington, Texas. (Photo by Tim Nwachukwu/Getty Images)

Did Cowboys get robbed on disputed fumble recovery against Raiders? by Mark Powell

DeSean Jackson scored on a long touchdown against the Dallas Cowboys and Eagles fans are loving every second of it.

Thanks to his brilliant speed, wide receiver DeSean Jackson has found a new home with the Las Vegas Raiders. Despite things not working out with the Rams, Jackson and Derek Carr are building some chemistry, which was showcased with a 56-yard TD against Dallas on Thursday.

Jackson, who is best known for his days with the Philadelphia Eagles, knows all about taking it to the Cowboys. Following Thursday’s score, Jackson now has 59 receptions for 1,287 yards and six touchdowns against Dallas. Goodness.

DeSean Jackson career stats vs. the #Cowboys after this TD:

You’d think by know that Dallas would know to get a body on Jackson, but the speedster has made the secondary look foolish once again. Folks in Philly are chowing down some good food and laughing at the Cowboys at the same time thanks to Jackson.

he is the majority owner of their franchise

For the Dallas fans, they’ve simply got to be tired of seeing Jackson suit up on the other side of the field of their beloved Cowboys. Time and time again Jackson has cooked them for an outstanding play. This Thanksgiving, Jackson wasted no time in reminding the Dallas faithful of what he’s able to do with the ball in his hands.

There’s still plenty of time left in this contest. Don’t be surprised if Jackson steals the show once again before this one is over.