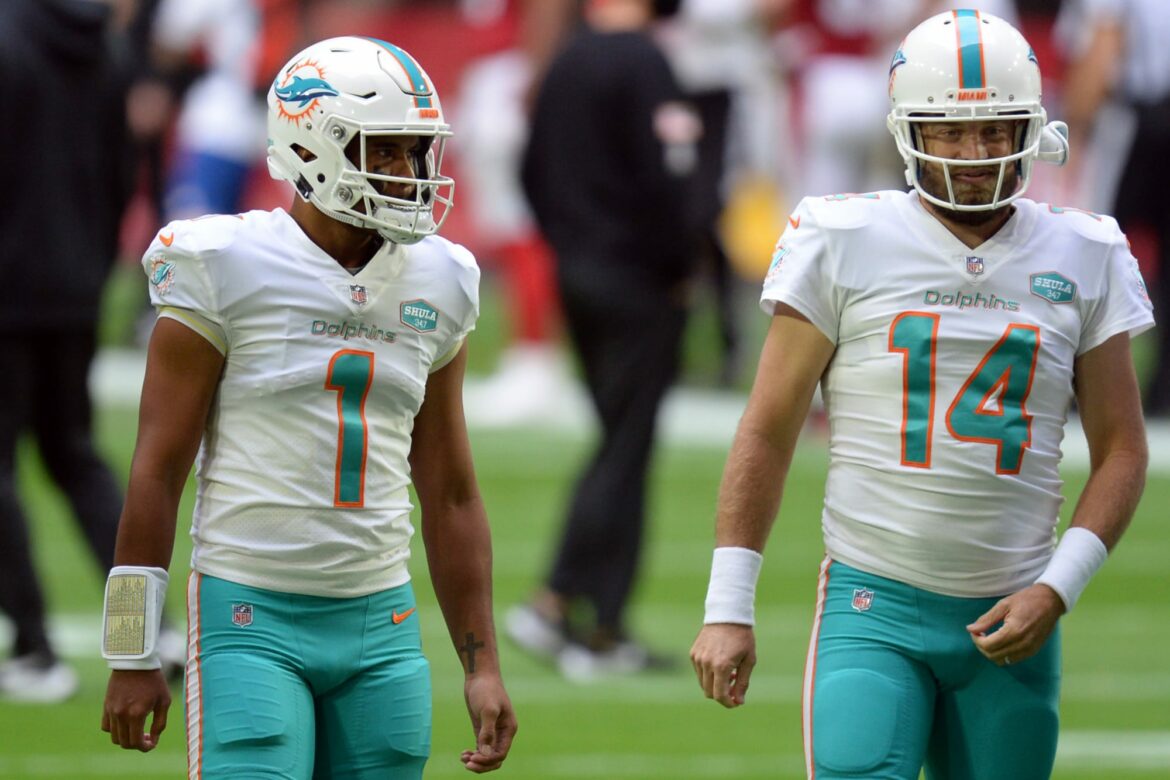 With rumors swirling around a potential trade sending Deshaun Watson to the Miami Dolphins, Tua Tagovailoa could be headed to the NFC East.

The Miami Dolphins are reportedly on the verge of closing a deal for star quarterback Deshaun Watson of the Houston Texans. New details are emerging rapidly in this potential deal and one of those surrounds current Dolphins quarterback Tua Tagovailoa.

According to Coty Davis of the Locked on Texans podcast and The Texans Wire, the Dolphins would send former top-five pick Tagovailoa to the Washington Football Team.

This would fill a big gap for the Washington franchise who have been without recently acquired veteran quarterback Ryan Fitzpatrick since the first week of the season. As it stands Washington has been starting Taylor Heinicke who has led the team to a 2-4 record through six games. It’s gotten to the point where Washington’s coach has to address Heinicke’s play to see if he will be benched.

Washington could be trading for Tua Tagovailoa soon

Tagovailoa has had a disappointing start to his NFL career in Miami. Coming into the league off a major hip injury, he has suffered injuries in each of his first two seasons as well. It has to be a reason Miami is interested in acquiring Watson in a trade with Houston despite Watson’s current off-the-field issues that has prevented him from playing in 2021. There is hope amongst many Tagovailoa fans that a change of scenery may do wonders for the talented young lefty.

This potential deal that sends Tagovailoa to Washington will reunite him with his former teammate Fitzpatrick. The youngster took over for the bearded veteran last season in Miami and now will compete with him once more should he be traded to the second-place team in the NFC East.