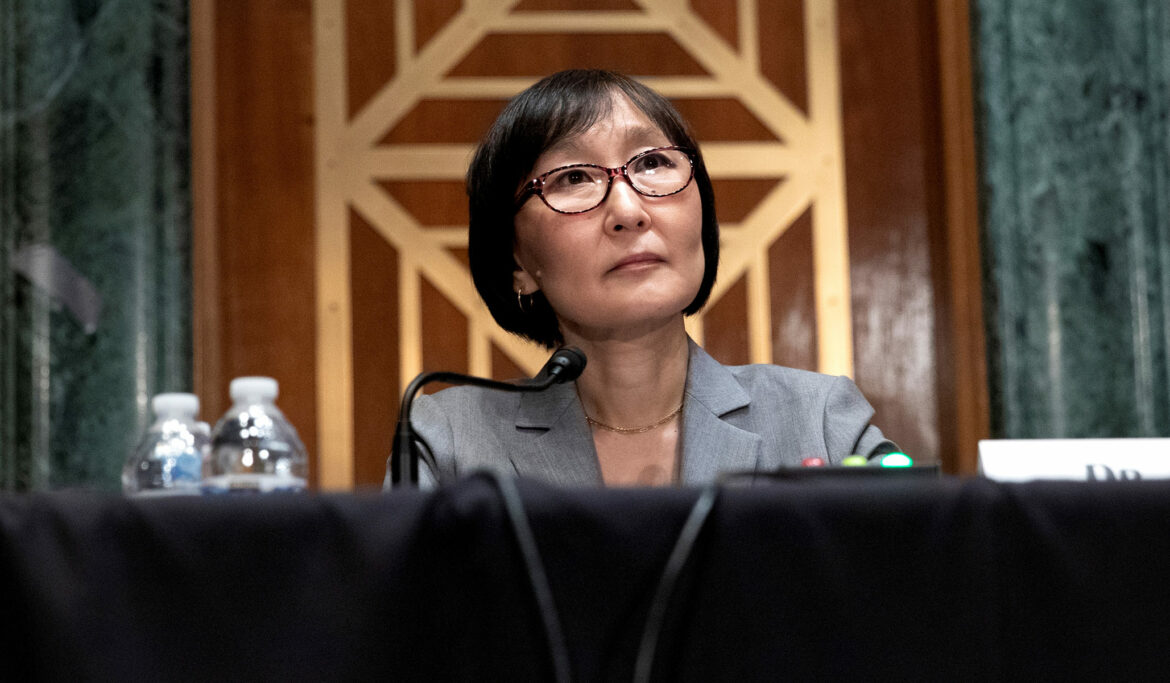 Saule Omarova, President Biden’s nominee to head the Office of the Comptroller of the Currency, answers at a hearing of the Senate Banking Committee at the U.S. Capitol in Washington, D.C., November 18, 2021. (Tom Brenner/Reuters)

Democratic members of the Senate Banking Committee Jon Tester, Mark Warner, and Kyrsten Sinema (D., Ariz.), as well as Democratic Senators John Hickenlooper and Mark Kelly have all declared their opposition to Omarova as head of Office of the Comptroller of the Currency. Biden officials still endorse Omarova, even though her confirmation is increasingly unlikely given these lawmakers’ disapproval.

“Saule Omarova is eminently qualified for this position,” the official added. “She has been treated unfairly since her nomination with unacceptable red-baiting from Republicans like it’s the McCarthy era.”

The former law professor drew criticism from Republicans during a congressional hearing last week for her past academic works in which she advocated to “end banking as we know it.” Her position would preside over lenders holding an extremely high value of assets. Senator Kennedy grilled her over her purported praise of a number of economic practices exercised by the Soviet Union.

Some Republicans have accused Omarova of sympathizing with the idea of nationalizing the banking sectors and targeting the fossil fuel industry with greater regulation. However, Omarova clarified that the oil and gas companies comprise a “very important part of the economy.” She asserted that her previous research doesn’t reflect the way she would necessarily conduct policy if confirmed as comptroller.

More progressive Democratic members on the Senate Banking Committee, such as Senator Elizabeth Warren, have endorsed Omarova. Warren alleged that Republicans who vote against Omarova are empowering banking behemoths at the expense of little firm and are”doing the bidding of giant banks that want to keep gobbling up smaller competitors, want to keep ripping off their customers, and want to keep getting away with it.”