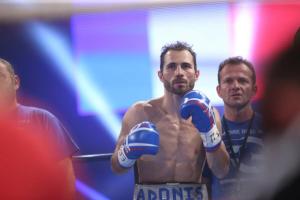 Frenois, a veteran of a thousand battles, is looking to win the WBA regional title at home and conquer the regional belt of the pioneer organization. At 38 years of age, he has already been Intercontinental champion at 126 pounds and will now be taking on his first challenge of this kind at 135 pounds.

He is a native of the city where the bout will take place and has won two fights in a row following his loss to Tevin Farmer in July 2019, indicating that he is strong enough for this bout.

Carafa is far less experienced than the local but is highly motivated. He has been a national champion in his country and has also been a regional champion of several organizations. The Gallipoli native has won three of his last four fights and at 27 is in the best moment of his career.

On Thursday both fighters will attend the weigh-in ceremony and on Friday they will be ready to step into the ring. Frenois has 48 wins, 2 losses, 1 draw and 12 knockouts. Carafa comes in with 14 wins, 4 losses, 2 draws and 3 knockouts.