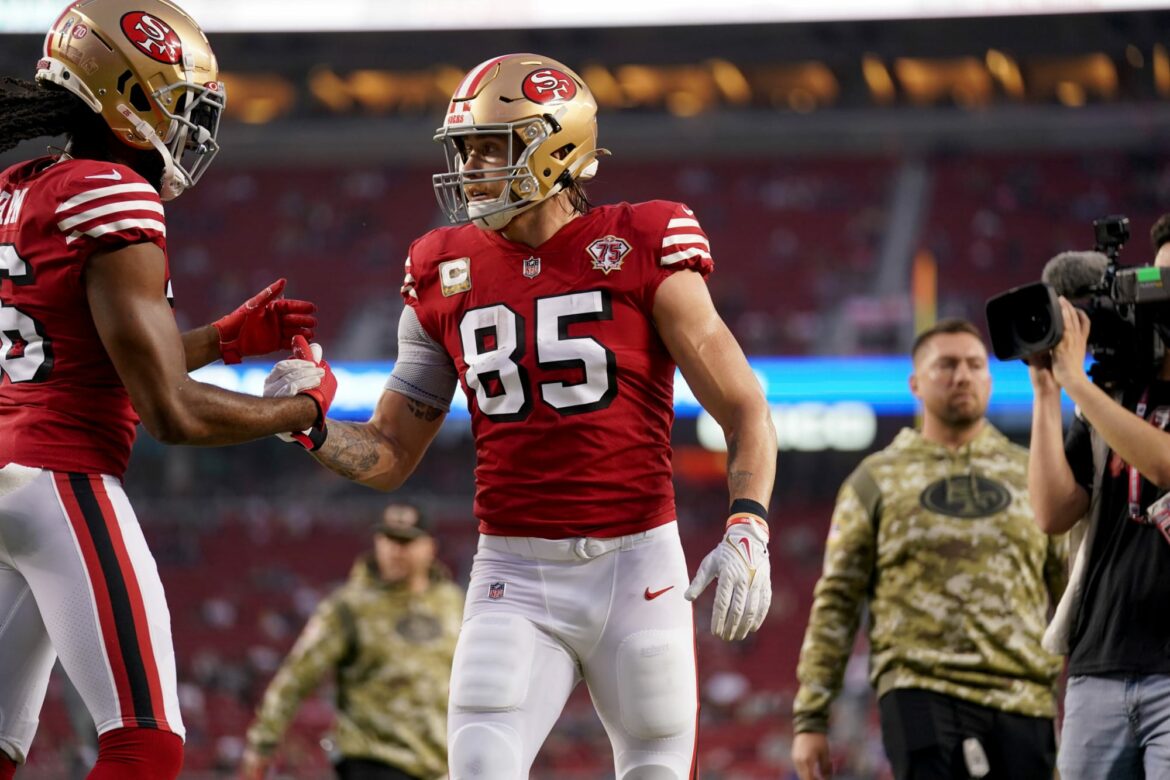 Von Miller was making his Rams debut on Monday Night Football and 49ers tight end George Kittle welcomed him to the NFC West with a massive pancake block.

The Los Angeles Rams had NFL fans excited for Monday Night Football as the franchise was set to debut two new stars, one for each side of the ball, in wide receiver Odell Beckham Jr. and edge rusher Von Miller.

Hosting the matchup, however, the San Francisco 49ers had no interest in making the primetime affair about the Rams. Tight end George Kittle, in particular, was trying to make a statement for his team.

To do so, he looked to take on one of the stars of the night in Von Miller. And Kittle certainly completed the task of teaching one of the newest members of the NFC West a thing or two about how things are done in this division.

Kittle doing this to anyone would’ve been impressive — doing it to Miller shows just how truly special the 49ers tight end is.

Though he’s struggled to stay healthy over the past two seasons consistently, George Kittle made himself a star in the league because of plays like this.

Yes, the 49ers tight end is a capable receiver — he helped his club open up a lead on the Rams with a touchdown receiver — who thrives on contact and physicality. But what separates him from guys like Travis Kelce is his willingness and effectiveness as a blocker.

Suffice it to say, that’s something that Miller won’t forget about Kittle after being put on his back by the San Francisco tight end.