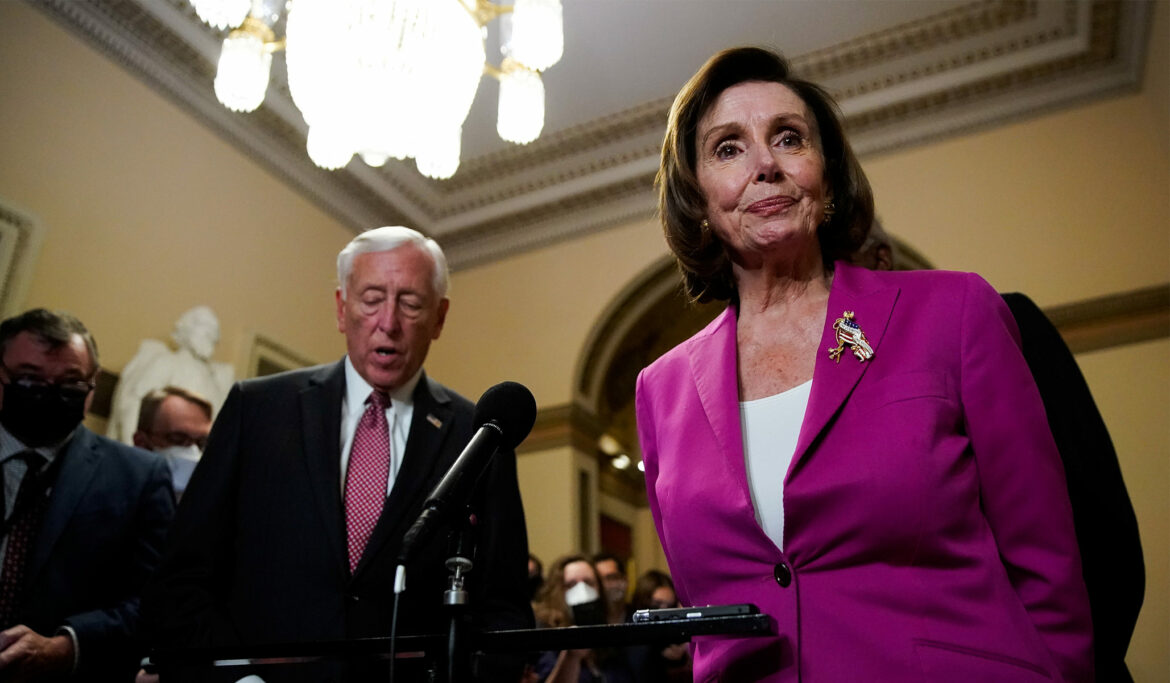 House Democratic leadership delayed a final vote on the Biden administration’s $1.75 trillion reconciliation package, but vowed to hold a vote on the $1 trillion bipartisan infrastructure bill on Friday.

House Speaker Nancy Pelosi (D., Calif.) announced in a “Dear Colleague” letter on Friday afternoon that the House would vote on the infrastructure bill and hold a “rule” vote to set parameters for debate on the reconciliation package.

! House Democrats’ new plan is to vote on the infrastructure bill today and the *rule* to start considering Build Back Better. (No announcement or timing for a vote on BBB yet.) pic.twitter.com/yDcSq3BH4u

“Some members want more clarification, or validation, of numbers that have been put forth,” Pelosi said at a press conference on Friday evening. “And we honor that request.”

The delay on a final reconciliation vote came following reported opposition from moderate House Democrats, five of whom said earlier this week that they would not support the package until the non-partisan Congressional Budget Office reports the bill’s true projected cost. House leadership concluded that a CBO score for the reconciliation package would not be available until after Thanksgiving, Punchbowl News reported.

Congressional Progressive Caucus rejects Pelosi’s plan. “If our six colleagues still want to wait for a CBO score, we would agree to give them that time — after which point we can vote on both bills together.” This means that votes on both bills could be delayed til later Nov. pic.twitter.com/1tU7vmFD6J

“If our six colleagues still want to wait for a CBO score, we would agree to give them that time — after which point we can vote on both bills together,” Jayapal said in a statement.