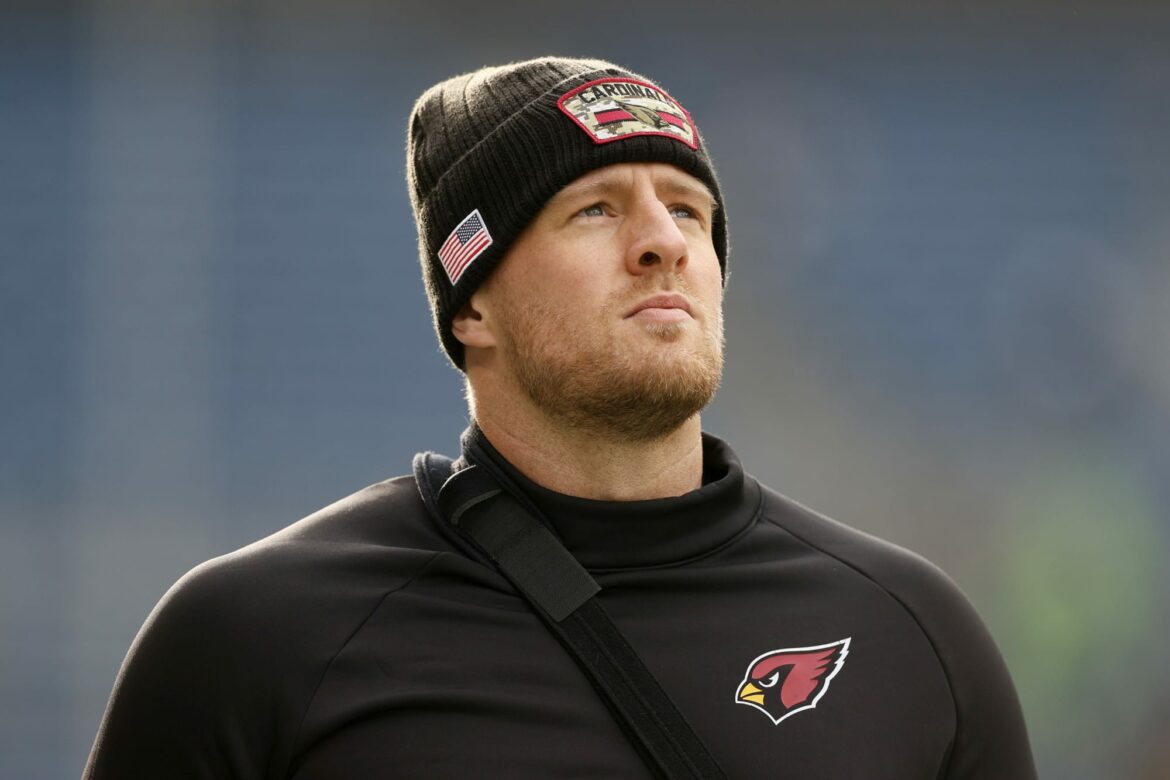 Arizona Cardinals J.J. Watt supports Wisconsin community by reportedly cover the funeral costs of those who died at a Christmas parade in Waukesha.

NFL fans have known for years that the Watt brothers hail from smalltown Wisconsin.

That small town happened to be Waukesha, Wisconsin, where five people died and 48 people were injured when a red SUV drove through a crowd at a local Christmas parade.

The horrific event has caught national headlines, but it hit close to home for Watt, who was born in Waukesha and played football at Pewaukee High School. Watt described the images of the scene as “horrific,” expressing hope for those injured and gratitude to first responders on the scene.

Just now seeing what happened at the holiday parade back home in Waukesha tonight.

Truly hoping everyone is going to be ok and those not involved are now safe.

Thankful to everyone who rushed to action and helped the wounded.

Five people ages 52 to 81 are now deceased as a result of the incident, and Watt intends to do what he can to support his community back home. According to Wisconsinite Cory Jennerjohn, Watt is covering the funeral costs for all those who died at the event.

J.J. Watt is covering the funeral costs for everyone that lost their life in the Waukesha Christmas Parade. That is an amazing gesture. He has such a huge heart.

The suspected driver, Darrell E. Brooks Jr., was allegedly involved in a domestic disturbance before he drove an SUV through the crowd of paradegoers in Waukesha.

The local Christmas parade closed down roads as marching bands and floats entertained paradegoers. Video shows that a red SUV was speeding down these closed streets without apparent regard for the families and children around watching the parade.

Watt is no stranger to philanthropy, nor is he a stranger to supporting his local community. After Hurricane Harvey hit Houston, TX, the longtime Houston Texan raised $37 million for hurricane relief. Watt’s contributions earned him a Walter Payton Man of the Year nomination from his team, and Watt won the Walter Payton Man of the Year Award following the 2017 season.

According to a 2019 update from Sports Illustrated, Watt’s hurricane relief funds built more than 1,100 homes in the Houston area.

While Watt’s Hurricane Harvey relief had a widespread impact that gained national attention, his desire to cover funeral costs of Waukesha community members is just as impactful to a community reeling from tragedy.