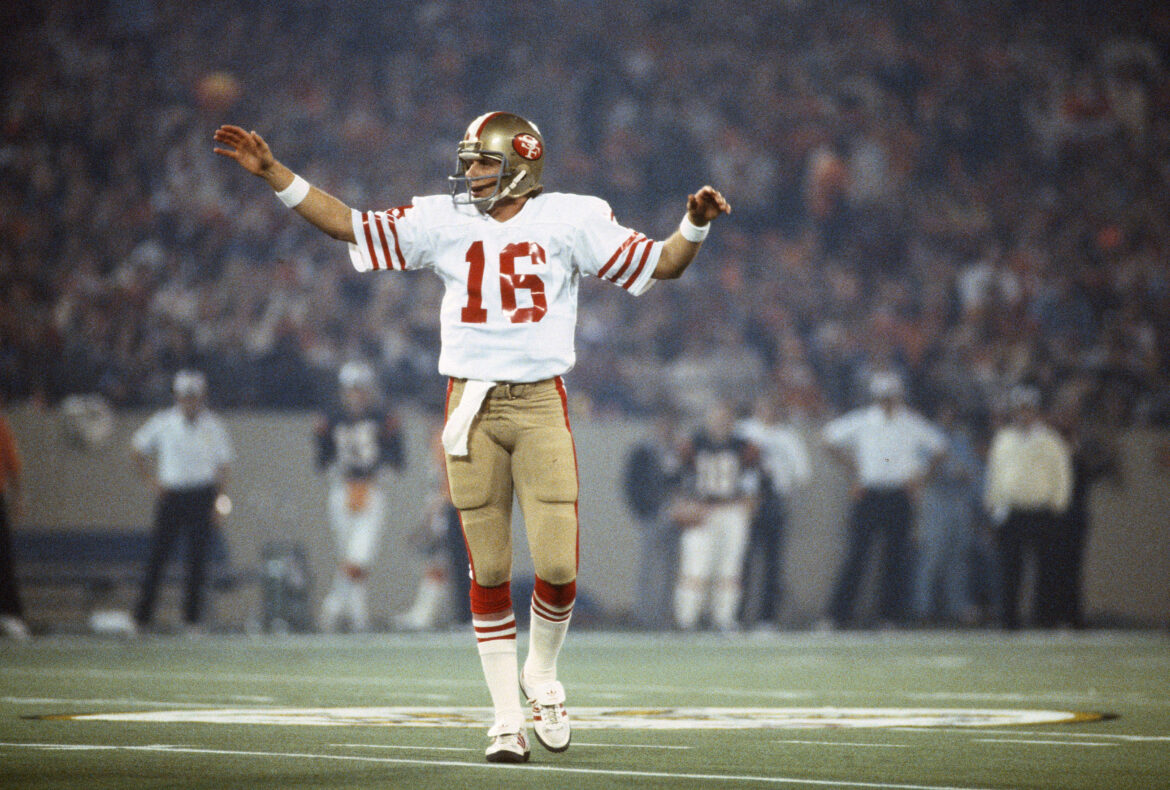 Joe Montana won his first Super Bowl as an NFL quarterback in 1982. Almost four decades later, he’s about to get his first IPO as a venture capitalist.

Montana, who led the San Francisco 49ers to four Super Bowl victories and was inducted into the National Football League Hall of Fame in 2000, has spent the past six years investing in start-ups through his firm, Liquid 2 Ventures. He started with a $28 million fund, and is now closing his third fund that’s almost three times bigger.

One of Liquid 2’s first investments was announced in July 2015, when a code repository called GitLab raised a $1.5 million seed round after going through the Y Combinator incubator program. GitLab’s valuation at the time was around $12 million, and other participants in the financing included Khosla Ventures and Ashton Kutcher.

On Thursday, GitLab is set to debut on the Nasdaq with a market cap of almost $10 billion, based on a $69 share price, the high end of its range. Montana’s initial $100,000 investment, along with some follow-on funding, is worth about $42 million at that price.

“We’re all pretty pumped,” Montana, 65, said in an interview this week, while vacationing in Italy. “This is going to be a monster for us.”

Joe Montana #16 of the San Francisco 49ers celebrates after they scored against the Cincinnati Bengals during Super Bowl XVI on January 24, 1982 at the Silverdome in Pontiac, Michigan. The Niners won the Super Bowl 26 -21.

While famous athletes dabbling in start-ups has become a trend in Silicon Valley — from NBA stars Stephen Curry and Andre Iguodala to tennis legend Serena Williams — Montana jumped into the game much earlier. Prior to Liquid 2, Montana was involved with a firm called HRJ, which was founded by ex-49ers stars Harris Barton and Ronnie Lott.

HRJ, which invested in other funds rather than directly into companies, collapsed in 2009 and was sued for allegedly failing to meet its financial commitments.

But rather than return to the sport that brought him fame in an executive role or as a broadcaster, like so many fellow all-star quarterbacks, Montana stuck with investing. This time he took much a different route.

Ron Conway, the Silicon Valley super angel known for lucrative bets on Google, Facebook and Airbnb, started showing Montana around the world of early-stage investing, primarily through Y Combinator. Montana, along with a growing crop of seed investors and celebrities, would attended Y Combinator Demo Days, where entrepreneurs show slides of their companies with growth that’s always up and to the right.

“We were trying to see what their secret sauce was and who they looked at and what they were really looking for in early-stage companies,” Montana said referring to Conway and his team. “He started taking us there, and we started doing a handful of investments here and there, and then he talked me into starting a fund.”

In 2015, Conway was speaking to the latest group of founders in the Y Combinator program, and he invited Montana to attend the event. That’s where Montana met GitLab CEO Sid Sijbrandij, a Dutch entrepreneur who had turned an open-source project for helping developers collaborate on code into a company that was packaging the software and selling it to businesses.

“We got together, and said, ‘hey this is a special guy,’” Montana said. “We committed that night.”

GitLab had just come out of Y Combinator. In his presentation at Demo Day that March, Sijbrandij told the audience that his company had 10 employees along with 800 contributors working on the open-source project. GitLab was on pace for annual sales of $1 million, he said, and paying customers included Apple, Cisco, Disney and Microsoft.

GitLab now employs over 1,350 people in more than 65 countries, according to its prospectus. As it prepares to hit the public market on Thursday, GitLab’s annualized revenue is over $230 million. Sales in the second quarter jumped 69% to $58.1 million

However, because GitLab spends the equivalent of three-quarters of its revenue on sales and marketing, the company recorded a net loss of $40.2 million in the latest quarter. Much of the marketing budget is focused on expanding its DevOps (the combination of software development and IT operations) user base.

“To drive new customer growth, we intend to continue investing in sales and marketing, with a focus on replacing DIY DevOps within larger organizations,” the company said in the prospectus.

For Montana, GitLab marks his firm’s first IPO, though he said “we have 12 or 13 more unicorns in the portfolio,” referring to start-ups valued at $1 billion or more. They include Anduril, the defense technology company led by by Oculus co-founder Palmer Luckey, and autonomous vehicle testing start-up Applied Intuition.

Montana has three other partners in the firm: Mike Miller, who co-founded Cloudant and sold it to IBM; Michael Ma, who sold a start-up to Google and became a product manager there; and Nate Montana, Joe’s son, who previously worked at Twitter.

Montana said he’s involved in the fund on a day-to-day basis and attends the partner meetings every Tuesday. He said his partners, who are more experienced in technology, handle much of the technical diligence and sourcing of deals, while he focuses on helping portfolios with connections in his network.

“Until the pandemic, I was still speaking around the country,” Montana said, adding that he didn’t start taking a salary until the third fund. “I was out speaking to companies like SAP, Amex, Visa and a lot of large corporations, like large insurance firms down to Burger King.”

Specific to GitLab, Montana said he connected Sijbrandij early on with a senior executive at Visa, when the company was looking to do a deal with the payment processor.

“I’m still listening to pitches, I go to pitches and do all that,” Montana said. “But my time is better spent now helping with connecting these companies as they mature.”

WATCH: GitLab co-founder and CEO on the future of work during and after the pandemic