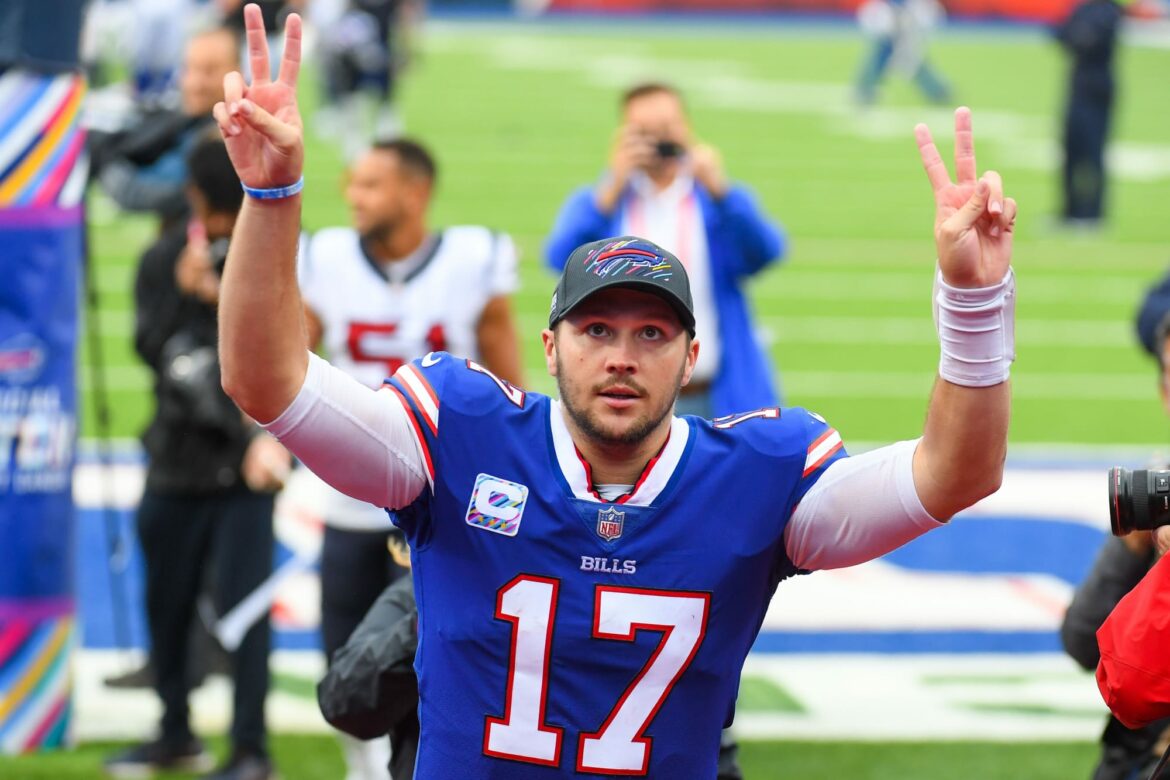 The Buffalo Bills look to extend their winning streak to five games with a victory over the Tennessee Titans on Monday night. They are one of the more complete teams in the NFL this season, and could very well represent the AFC in Super Bowl LVI. But what would the Bills do if they were to win the Lombardi Trophy for the first time in franchise history?

While speaking with ESPN, star quarterback Josh Allen said that if the Bills win the Super Bowl, he will chug a cold beer out of his cleat while standing at the podium.

Josh Allen tells ESPN if the #Bills win the Super Bowl he will take off his cleat and drink a cold beer out of it on the podium.

That will be quite the way to celebrate with the Lombardi Trophy by your side, that’s for sure.

The Bills entered the season with high expectations, considering they were just one win over the Kansas City Chiefs away from reaching Super Bowl 55. Things got off to a surprising start in Week 1, as they fell 23-16 to the Pittsburgh Steelers. Since then, the Bills easily defeated the Miami Dolphins, Washington Football Team and Houston Texans before scoring a huge 38-20 win over the Chiefs in Week 5.

The Bills are looking to end their reputation of being the team that made it to the Super Bowl for four consecutive years (1990-93) and losing each time. The 2021 team certainly has the chance to win their first Lombardi Trophy, and if they do, Allen is going to chug some beer out of his game-worn cleat to commemorate the occasion.