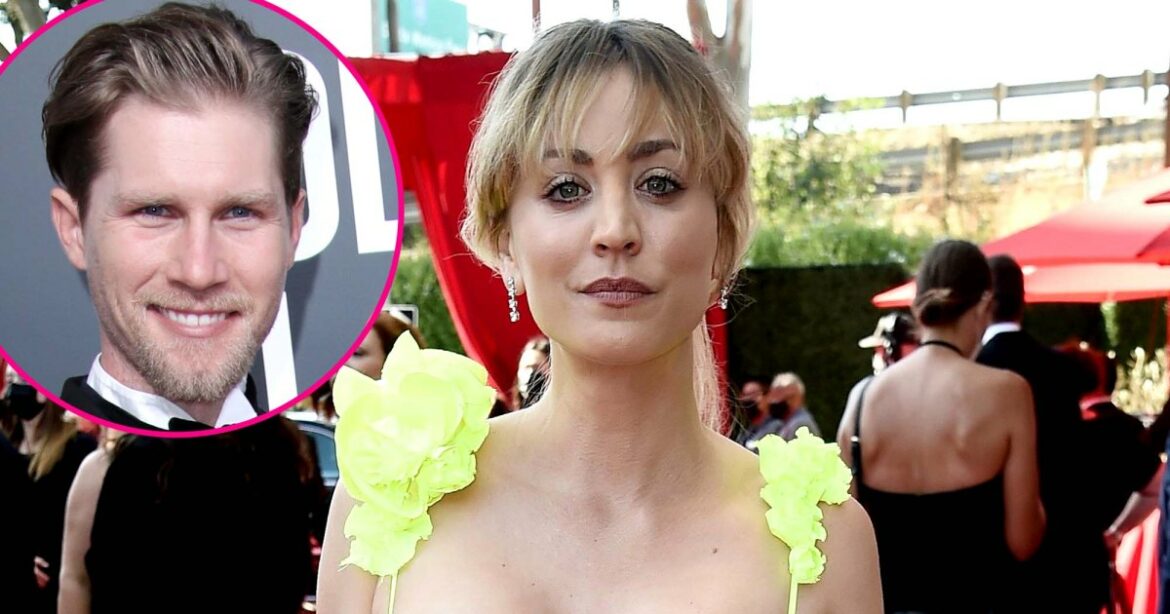 An honor to be nominated. Kaley Cuoco was all smiles at the 2021 Emmy Awards amid her split from Karl Cook.

Cuoco was nominated for Outstanding Lead Actress in a Comedy Series for her work in HBO Max’s The Flight Attendant, which also earned a nod for Outstanding Comedy Series. The show, based on Chris Bohjalian’s novel of the same name, was renewed for season 2 in December 2020 and recently began production in Europe.

“Cassie and Cassie’s hair are back 👱🏼‍♀️💜,” the Big Bang Theory alum teased via Instagram on September 7. “@flightattendantonmax season 2 ✈️ prepare for yet another turbulent decent.”

Less than one week prior, Us Weekly confirmed that Cuoco and the equestrian, 30, called it quits after tying the knot in June 2018.

“Despite a deep love and respect for one another, we have realized that our current paths have taken us in opposite directions,” the pair noted in a statement on September 3. “We have both shared so much of our journey publicly so while we would prefer to keep this aspect of our personal life private, we wanted to be forthcoming in our truth together. There is no anger or animosity, quite the contrary.”

The now-estranged couple celebrated their third wedding anniversary with sweet social media tributes in June. Us later confirmed that Cuoco filed for divorce from Cook the same day news of their separation made headlines.

The 8 Simple Rules alum has an “ironclad prenup in place,” a source exclusively revealed earlier this month, telling Us, “Her assets are protected.”

Despite their split, Cuoco subtly supported the TurboTax heir as he celebrated a recent horse riding competition. “Karl Cook is two for two!💪🏻,” an Instagram post from the Traverse City Horse Shows account read on September 12. The actress wrote in the comments, “Congrats you, this was amazing 👏❤️🔥.”

As the end of her marriage continues to spark interest among fans, Cuoco has been focused on her steady career. Along with season 2 of The Flight Attendant, the Golden Globe nominee recently teamed up with Pete Davidson for Meet Cute, a New York City-based romantic comedy. The costars became “very good friends” throughout filming, a source revealed.

“They’re very supportive of each other and there’s no doubt they’ve been staying in touch [after wrapping],” the insider told Us earlier this month. “Very rarely did the two of them separate. They were always together on set.”

Before Cook, Cuoco married Ryan Sweeting in December 2013. They split in September 2015 and finalized their divorce the following May. She was previously engaged to Josh Resnik from October 2011 to March 2012.