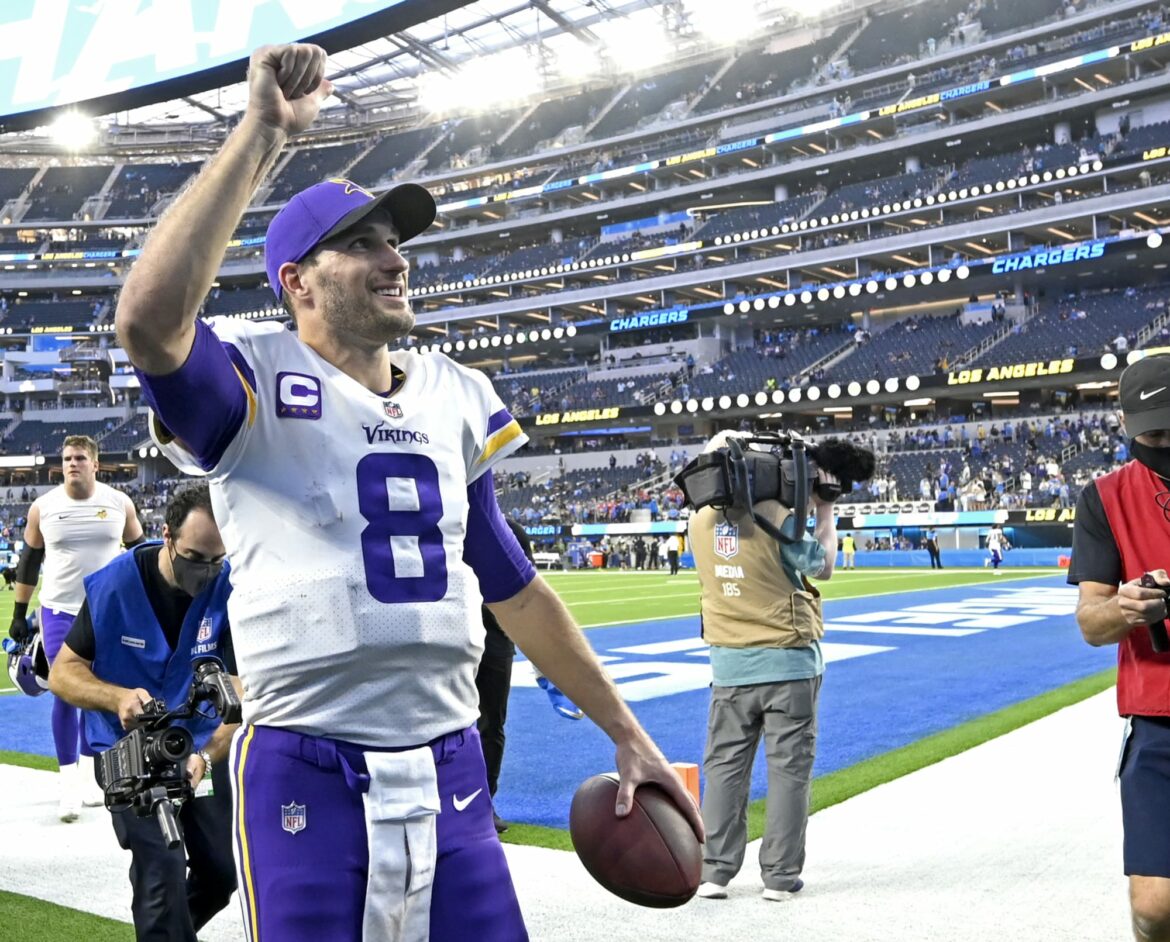 Quarterback Kirk Cousins said hello to a Minnesota Vikings superfan on the highway after the team’s huge win over the Green Bay Packers.

The Minnesota Vikings once again gave their fans some stress on an NFL Sunday, but it actually ended on some good news. Despite blowing a lead to the Green Bay Packers, the Vikings pulled out a 34-31 victory on a game-winning field goal by Greg Joseph. Plenty of credit goes to the play of quarterback Kirk Cousins, who threw three touchdowns in the contest.

After the win, Cousins was driving home and spotted a trailer donned with Vikings logos. So, he rode next to it, honked the horn to give the driver a wave and a thumbs up. Cousins posted the video on his Instagram account.

Based off the frequent honking of the horn, that fan had to be excited to see Cousins driving next to him.

Early on in the third quarter, it looked as though the Vikings were going to coast to an easy win after Cousins hit wide receiver Justin Jefferson for a touchdown to extend their lead to 23-10. However, Rodgers and the Packers bounced back to jump ahead 24-23. Even a fourth-quarter touchdown pass to Jefferson for the second time did not keep the Packers away.

But after gaining possession with a little over two minutes remaining in regulation, Cousins pushed Minnesota into field goal range in seven plays to set up the winning kick.

Cousins completed 24-of-35 of his throws for 341 yards and three touchdowns.

What can possibly make Vikings fans happier after beating the Packers? Well, how about meeting Cousins after he helped beat Green Bay?