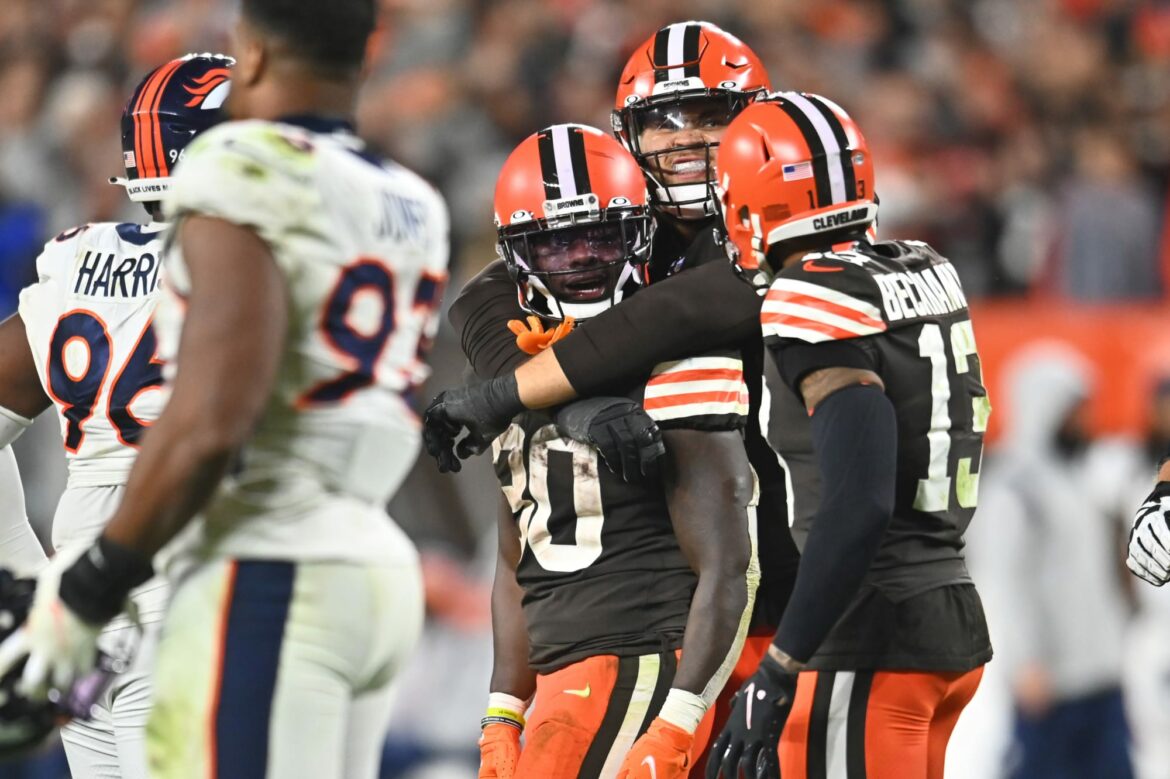 How did the Dodgers acquire Chris Taylor? by Scott Rogust

D’Ernest Johnson came up with a monster performance to lead the Browns to victory and Cleveland faithful LeBron James took notice.

When the Cleveland Browns needed it most on Thursday night, running back D’Ernest Johnson stepped up and delivered the game of his life.

The team came into the primetime matchup against the Broncos with Baker Mayfield, Nick Chubb and Kareem Hunt all out due to injuries. With that, their offense needed someone to give them a jolt. And the former AAF standout with a remarkable journey to making his first NFL start was the guy to provide it.

In a performance littered with highlight plays, Johnson rushed for 146 yards and touchdown on 22 carries while also notching two receptions for 22 yards to help guide the Browns to a crucial 17-14 victory over Denver.

Johnson was the clear star of the victory, so much so that one of Cleveland’s most famous sons, LeBron James, took notice and had to show the running back some love.

Talk about an incredible journey for D’Ernest Johnson.

The running back went undrafted in 2018 out of South Florida but landed in the AAF with the Orlando Apollos the following year. A strong showing in that short-lived league earned him a contract with the Browns.

Now, he’s coming into this game as Cleveland’s starting running back and looking like a star while getting shouted out by LeBron James. This is certainly going to be an unforgettable night for Johnson.