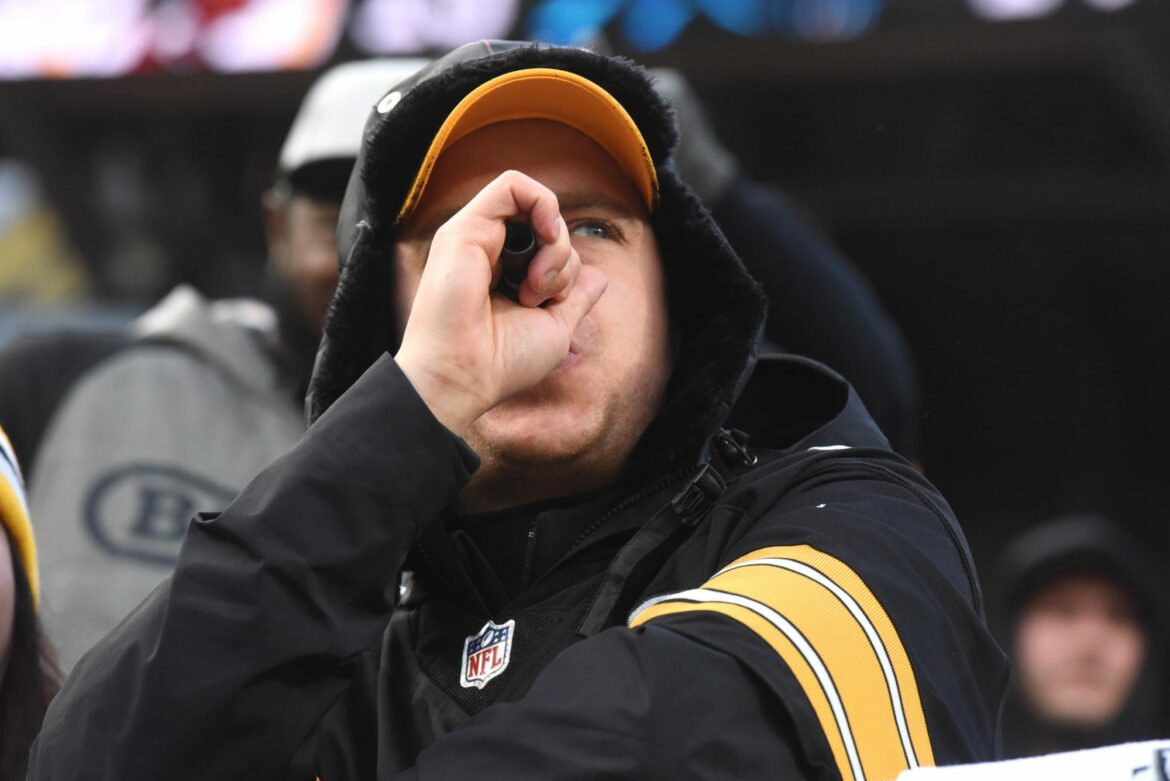 It’s one thing for a Steelers fan to root against the Browns; it’s another thing to go to Cleveland with the Steelers not playing to do so.

There’s never any love lost between Pittsburgh Steelers and Cleveland Browns fans. Whenever the AFC North rivals play, it often gets heated.

But sometimes, the rivalry spills over beyond when the two teams are pitted against one another on the field. Particularly, sometimes you get a brave fan who is willing to cross enemy lines and, in essence, take the heat even when it’s not necessary to.

Such was the case on Thursday Night Football in Week 7 with the Browns hosting the Denver Broncos. And in the midst of a sea of fans in Cleveland, there sat a lone Steelers fan willing to risk everything to be there to root for his favorite team’s rivals to fail.

It’s difficult to say whether or not this Steelers fan has guts that we should all aspire to have or if he is just looking for a fight. However, it’s certainly a statement to show up on “enemy” turf when Pittsburgh isn’t involved.

Yet, that’s the beautiful thing about this rivalry in the NFL. When you get fans that are passionate about their favorite team and the game, they do crazy things like this.

That’s certainly not a recommendation to follow this fan’s lead. It is to say, though, that it’s always entertaining and hilarious to see instances such as this.