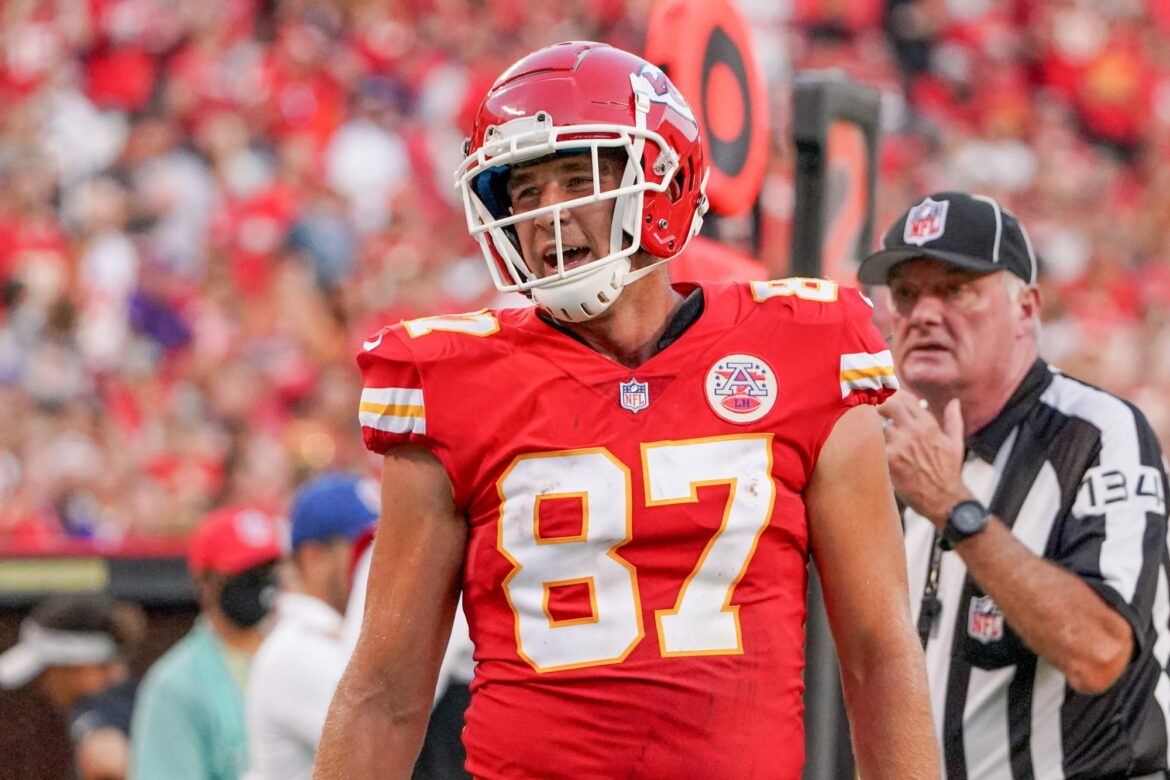 The No. 7 Cincinnati Bearcats had an unenviable task ahead of them. They had to play at Notre Dame Stadium to try and end Notre Dame’s home winning streak. Not only that, but they had the chance to beat their former head coach in Brian Kelly. The Bearcats did just that on Saturday, as they pulled off the huge 24-13 win to improve to 4-0 on the season.

There were plenty of individuals hyped about Cincinnati’s win, including the school’s former tight end and current Kansas City Chiefs star Travis Kelce.

Kelce playesd three seasons at Cincinnati, where he recorded 59 receptions for 875 yards and 10 touchdown.

There was plenty to celebrate for Cincinnati on Saturday. Not only did the Bearcats end Notre Dame’s 26-game winning streak at home, but they will likely rise up in next week’s Top 25 rankings due to their win and No. 3 Oregon’s 31-24 loss to Stanford.

Cincinnati’s defense played a huge role in the win, as they intercepted one pass each from Notre Dame quarterback’s Jack Coan and Tyler Buchner. Those costly interceptions caused the Fighting Irish to enter halftime trailing the Bearcats 17-0.

Quarterback Desmond Riddler helped lead the Bearcats to their win, as he threw for 297 yards, two touchdowns and zero interceptions while completing 19-of-32 of his passes. Riddler also ran for 26 yards and a touchdown on 10 carries.

The Bearcats will look to continue their undefeated season this Friday when they play the Temple Owls.

For more NCAA football news, analysis, opinion and unique coverage by FanSided, including Heisman Trophy and College Football Playoff rankings, be sure to bookmark these pages.