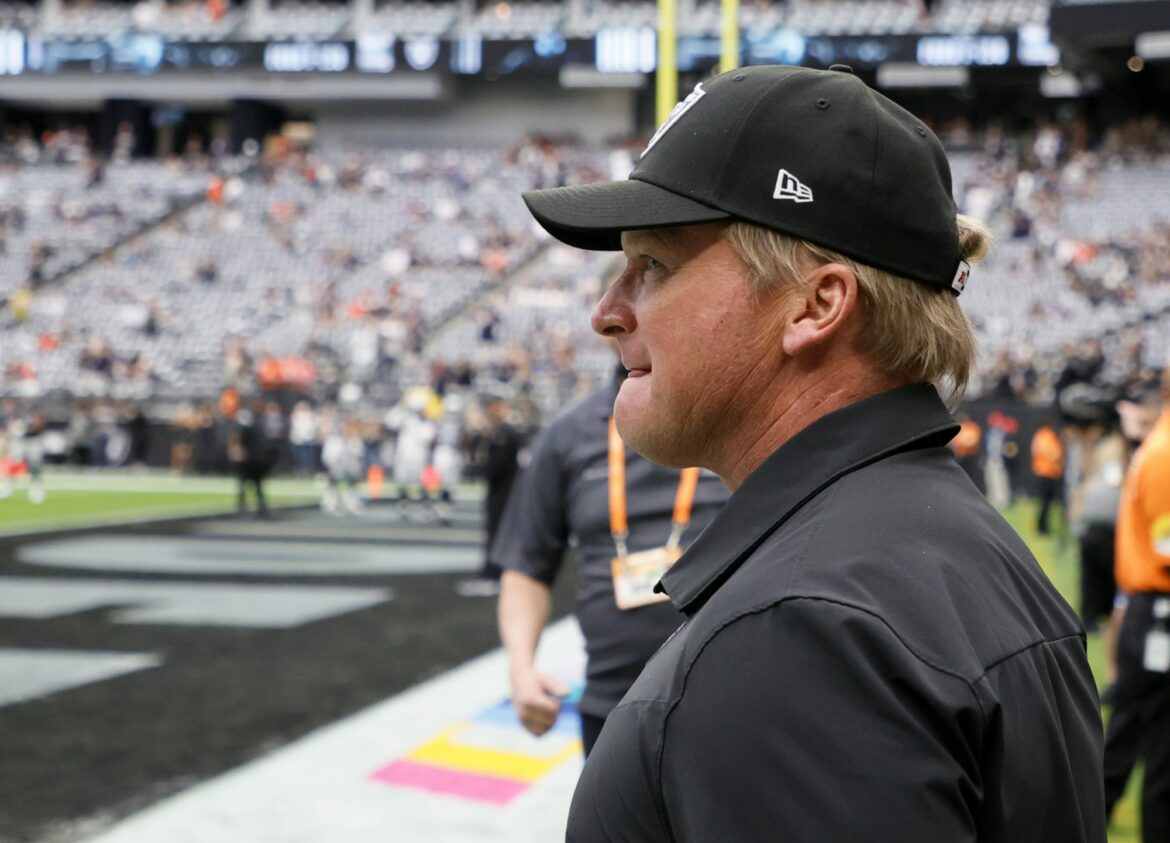 LAS VEGAS, NEVADA – OCTOBER 10: Head coach Jon Gruden of the Las Vegas Raiders walks on the field before a game against the Chicago Bears at Allegiant Stadium on October 10, 2021 in Las Vegas, Nevada. The Bears defeated the Raiders 20-9. (Photo by Ethan Miller/Getty Images)

EA Sports, the company behind the Madden NFL video game franchise, will issue a software update that removes Jon Gruden from their Madden 22 game.

Within a week, disgraced former Raiders head coach Jon Gruden has become radioactive: no company or franchise wants to be associated with him.

The effects of Gruden’s bigoted language even had the Super Bowl-winning head coach removed from the Tampa Bay Buccaneers Ring of Honor.

The toxicity is even shaping Gruden’s legacy in e-sports: Madden 22, the 2021 version of the annual NFL-themed video game from EA Sports, plans to remove Gruden’s likeness from their game.

Madden 22, which was released on August 17 of this year, features multigenerational NFL GOATs on its cover. Tom Brady and Patrick Mahomes share the Madden 22 cover, which is the second time this has happened in Madden history. It is the first time that two quarterbacks shared the cover, a testament to how these two unparalleled talents dominate the NFL conversation.

Gruden is not the first NFL coach who will not be represented in the exclusive NFL video game. Patriots head coach Bill Belichick has prevented EA Sports from using his likeness since 2005. This is because Belichick is not a member of the NFL Coaches Association, which has a contract with EA Sports. Sean Payton was also not a member in 2006, hence his exclusion from the game.

Gruden’s exclusion from the game due to offensive language is a first for the franchise, marking an unprecedented situation that the entire NFL world is grappling with at the moment. Raiders owner Mark Davis continues to decline to comment as Gruden’s early departure changes the future of his franchise.