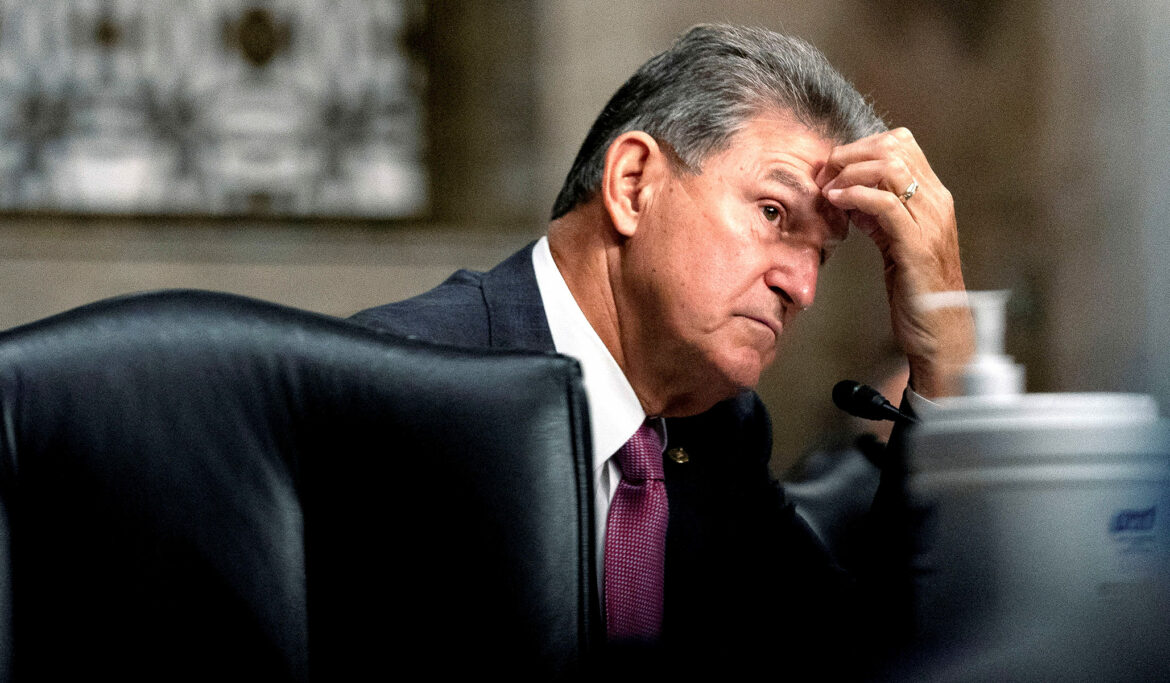 Senator Joe Manchin (D., W. Va.) said Tuesday that he could potentially support a social-spending package of more than $1.5 trillion, as President Biden has hoped to quell intraparty conflict with a compromise topline of $1.9 trillion to $2.2 trillion for Democrats’ reconciliation bill.

“I’m not ruling anything out, but the bottom line is, I want to make sure that we’re strategic, we do the right job and we don’t basically add more to the concerns that we have right now,” Manchin told reporters on Tuesday, after having previously set $1.5 trillion as his topline.

Manchin and Senator Kyrsten Sinema (D., Ariz.), both of whom are moderates, have refused to support the initial proposal of $3.5 trillion for the massive social-spending bill. The bill would need the support of all 50 Senate Democrats to pass via the budget-reconciliation process.

Manchin’s comments follow days of negotiations after the House delayed a vote on the $1 trillion bipartisan infrastructure bill on Thursday, as progressive Democrats refused to support the bill until Congress acts on the reconciliation package.

House speaker Nancy Pelosi (D., Calif.) said Friday that Democrats need more time to pass both measures. “While great progress has been made in the negotiations to develop a House, Senate, and White House agreement on the Build Back Better Act, more time is needed to complete the task,” Pelosi wrote in a Dear Colleague letter on Friday evening.

Despite Manchin’s potential willingness to compromise, House Progressive Caucus chair Pramila Jayapal (D., Wash.) has rejected Biden’s proposed compromise, instead pushing for a spending bill of at least $2.5 trillion, according to the Washington Post.

Jayapal and Manchin have also disagreed about the bill’s inclusion of the Hyde Amendment, a stipulation that prohibits taxpayer money from funding abortions.

While Manchin told National Review last week that the bill would be “dead on arrival” if the Hyde Amendment were not included, Jayapal has said she will not support the bill if it includes the stipulation.

If you liked this article, you can support National Review by donating to our webathon. Your contribution is vitally important to helping us fulfill our mission and strengthens our voice as we hold the Left accountable during this critical time.