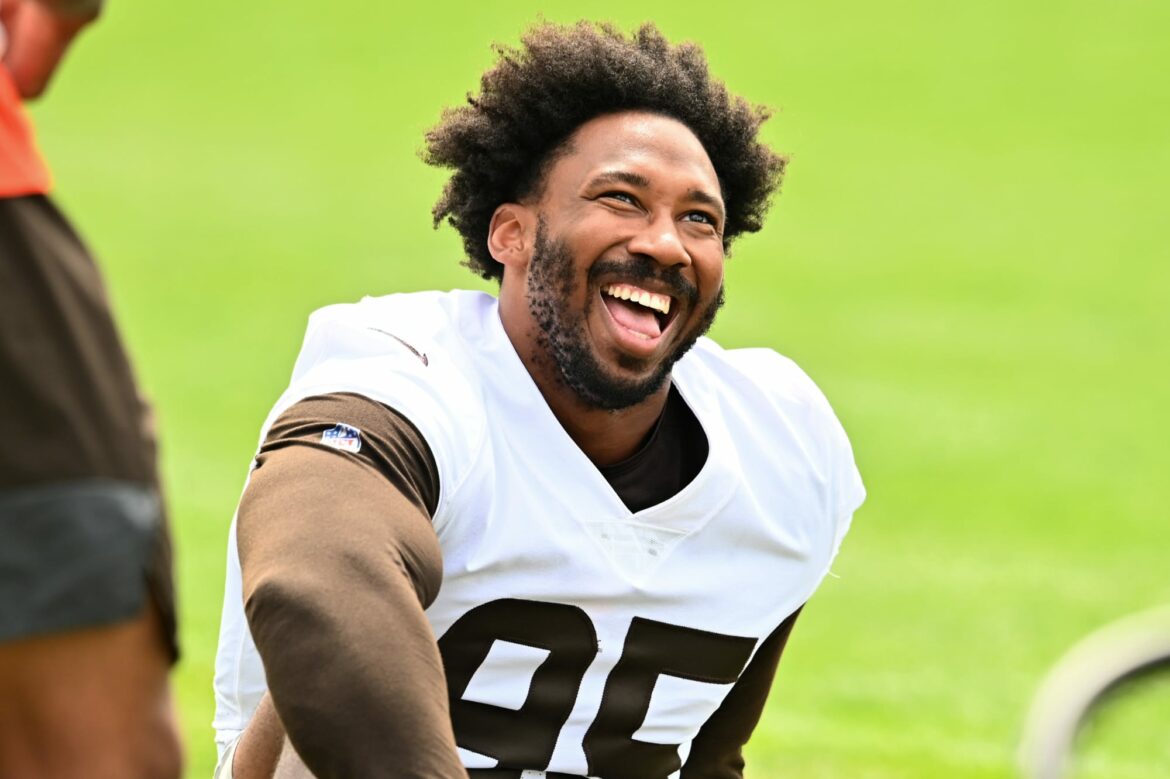 What is the New York Yankees’ magic number? by Mark Powell

Cleveland Browns’ Myles Garrett roasted teammates Joel Bitonio and Jack Conklin after they were featured in a commercial for a car dealership.

Cleveland Browns‘ DE Myles Garrett didn’t have high praises for left guard Joel Bitonio and right guard Jack Conklin, and not because of their performances on the field. Bitonio and Conklin were featured in a commercial for a car dealership in the area and Garrett absolutely roasted them for it.

The 30-second commercial for Spitzer Autoworld was played at the close of Cleveland’s team meeting on Friday.

To end the day on a light note, Bitonio and Conklin’s rapping and dancing skills were broadcast to the entire Browns team.

Performances like that can’t go unnoticed, but Garrett was still a tough critique.

Please check out our newest commercial. It’s about the “Spitzer Shield,” our vehicle warranty with unlimited time and unlimited miles. It features my son Andrew Spitzer flanked by Jack Conklin and Joel Bitonio, two all-pro offensive linemen for the Cleveland Browns pic.twitter.com/QhNe3GA63E

Alright, maybe he wasn’t that tough of a critique. For starters, Conklin looked like he didn’t even want to be there. He could’ve at least put a little bit of pep in his step. Bitonio was getting into it, but he was off-beat.

Joel is just satisfied that his kid’s college tuition is paid for and that it’s making people smile, even if they are making fun of him and Jack.

The two All-Pro offensive tackles won’t be able to live that one down for a while. Cleveland’s QB Baker Mayfield should be careful about giving them too hard of a time though, considering that the duo protects him on the field.

It’s a good thing that in order to be a Browns’ offensive lineman, having rhythm isn’t a requirement.