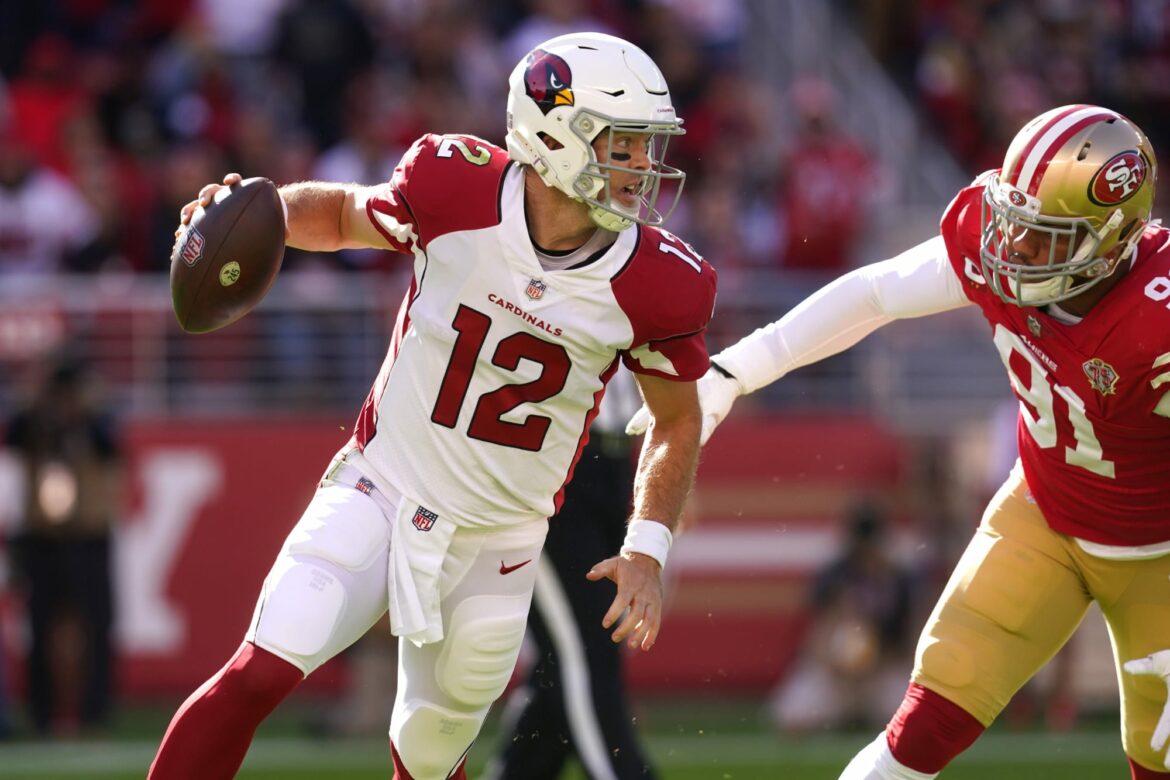 NFL Twitter had a field day going after the San Francisco 49ers when Cardinals QB Colt McCoy torched the defense in place of Kyler Murray.

Did you know Colt McCoy was still in the NFL?

Well, McCoy isn’t just in the pros, he looked like a bonafide starter on Sunday when he stepped in for the injured Kyler Murrray.

The 49ers were his victims as he led the Cardinals offense without DeAndre Hopkins in the lineup.

On the one hand, McCoy’s performance was heroic and against the odds.

On the other hand, San Francisco’s defense looks like an absolute mess after proving unable to stop the Cardinals without two of their best players.

Colt McCoy blasted the 49ers and so did NFL Twitter

NFL Twitter saw it as the ultimate slight on the 49ers that they gave up more than 30 points.

The Cardinals lost to CJ Beathard last season. The 49ers lost to Colt McCoy this season. I’m not certain which is more embarrassing, but I guess we’ll just call it even.

You heard it first, we (#Niners) gave up over 500 yards against Colt McCoy and backups of the Arizona Cardinals.

The 49ers are getting their asses kicked by Colt McCoy, James Conner and Christian Kirk.

The 49ers look like they expected Kyler Murray to play and are completely unprepared for Colt McCoy.

Losing at home to Colt McCoy is a choice

At the same time, McCoy gained some fans and something like cult hero status.

To be fair, Colt McCoy is the greatest quarterback who ever lived.

9er fans wish their starter was better than Colt McCoy😭

Just as it was a surprise which Josh Allen dominated in the game between the Bills and Jaguars, it was pretty shocking to see McCoy become the man for Arizona. The 35-year old was still ready to go and gave his team everything he had.

As for the 49ers, they couldn’t turn their victory over the Bears last week into positive momentum this week despite circumstances playing into their favor. Last time they played the Cardinals they lost 17-10. This time, they let McCoy put up more points on the road than Murray managed at home.