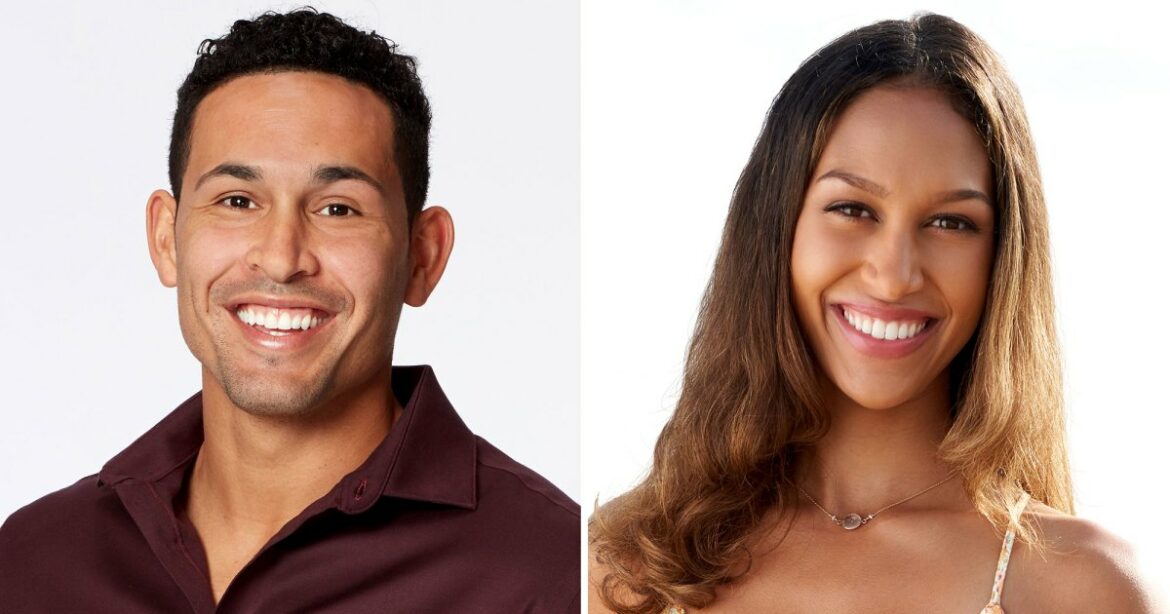 Every rose has its thorn! After a rocky first episode of Bachelor in Paradise, Thomas Jacobs shared a bit of gratitude for costar Serena Pitt.

“You’re a gem,” the real estate broker, 29, wrote in an Instagram Story on Tuesday, August 24, posing alongside the Canada native, 23. “Please ask @JoeAmabile1 not to have my legs broken.”

Thomas, who initially appeared on Katie Thurston‘s season 17 of The Bachelorette earlier this year, made his debut on the ABC spinoff on Tuesday, much to the chagrin of his fellow cast members. He asked Serena on a date, and even though she’d already connected with Joe Amabile, she wanted to keep her options open.

After sharing a kiss on their one-on-one, the season 25 Bachelor alum told Thomas that his past drama with Tre Cooper, Aaron Clancy and James Bonsall was a little too much for her to handle. She encouraged him to pursue relationships with other people and returned to Joe, 35. 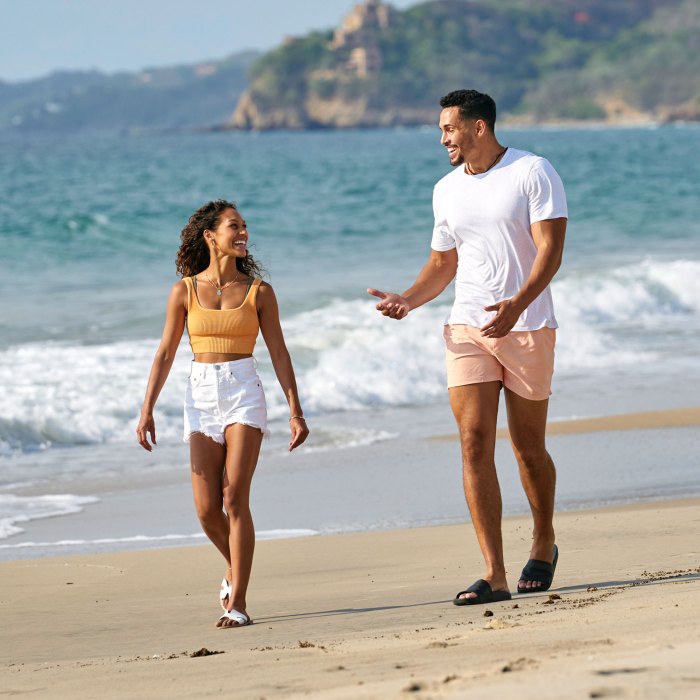 One month before season 7 premiered, the season 14 Bachelorette alum admitted that he “wasn’t expecting” to be part of the first round of BiP arrivals.

“I forgot all of what Paradise is about and it is a wild ride, and this season is insane,” Joe told “Click Bait” cohosts Natasha Parker and Tayshia Adams in July. “It really is. … It almost was, like, every day got more and more intense.”

The experience was “a lot different” from his time on season 5 of the series, during which he sparked a romance with Kendall Long. The reality stars called it quits in January 2020 after nearly two years together — and are set to reunite in Mexico as season 7 continues.

“She went on for another chance at finding love since she knew it could possibly work out for her again,” a source told Us Weekly exclusively of the 30-year-old taxidermy enthusiast. “It’s been over a year-and-a-half since they broke up, so she was ready to fall in love.”

The California native “was not expecting Joe to be on Paradise,” but also wasn’t surprised, per the insider. “She had a feeling he was going to be there since he still has ties to the show (through the podcast) and was single at the time,” the source added.

During a May episode of the “Almost Famous” podcast, Kendall admitted “it would be so hard” to see her ex move on, even though they were on good terms after their split.

“I would not want to watch him fall in love with someone else. That would suck so much,” she said at the time. “I still have a tremendous amount of love for him. … That was the relationship, I just threw so much trust in and right off the bat was honest and open. It was the first relationship I actually saw, potentially, turning into a marriage. That was something very new for me.”

Bachelor in Paradise airs on ABC Mondays and Tuesdays at 8 p.m. ET.