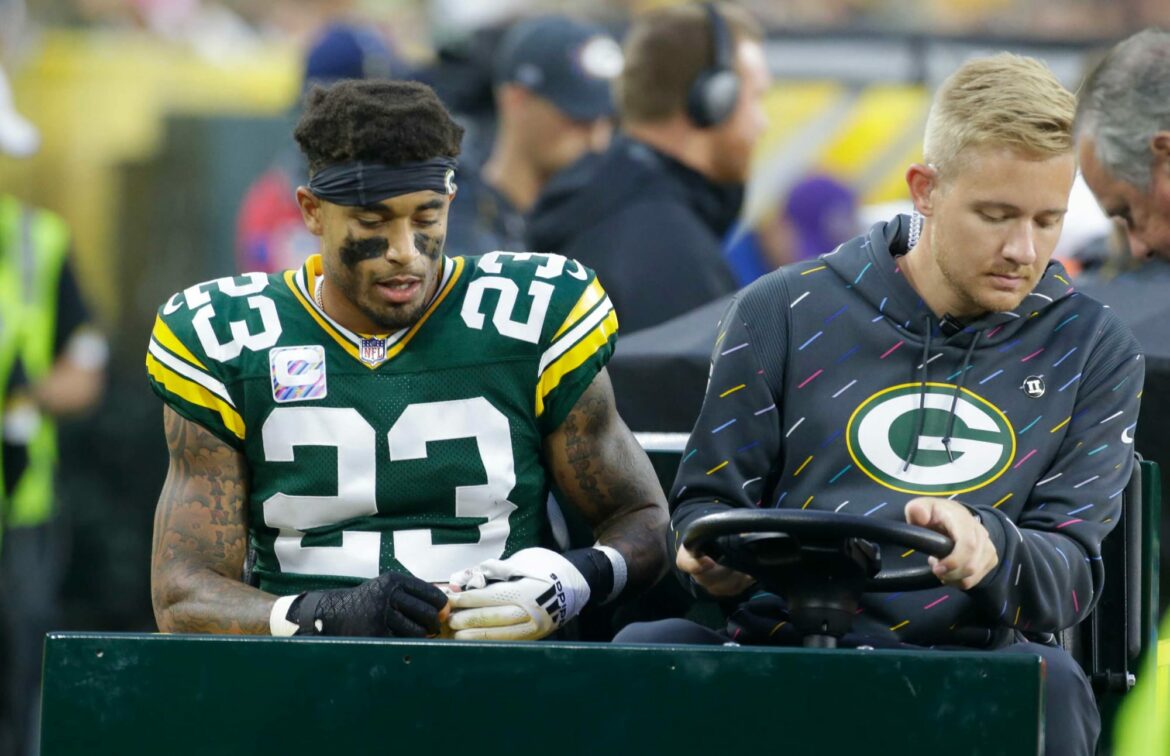 Green Bay Packers cornerback Jaire Alexander (23) is carted off the field after being injured during the third quarter of their game Sunday, October 3, 2021 at Lambeau Field in Green Bay, Wis. Green Bay Packers beat the Pittsburgh Steelers 27-17.
Packers04 9

Buccaneers removing all memory of Jon Gruden by Mark Powell

The Green Bay Packers are getting proactive over their loss of Jaire Alexander.

Alexander, who is going to miss at least two more games with an injury his AC joint — and could be out for the season if surgery is necessary — is being replaced by Quinton Dunbar.

Dunbar, 29, comes to the Packers on a one-year deal, providing some experience on the back end. The six-year veteran spent the first five seasons of his career with the Washington Football Team before spending 2020 with the Seattle Seahawks.

For the Packers, adding to their defense has to be the main goal before theNov. 2 trade deadline goes by. Green Bay has lost Alexander for at least the rest of the month, while edge rusher Za’Darius Smith is gone for at least a few months while he recovers from back surgery.

While Dunbar isn’t a huge signing, he does add stability to the Packers before they travel to take on the Chicago Bears this weekend. Green Bay is 4-1 while the Bears are 3-2 behind rookie quarterback Justin Fields, putting the lead in the NFC North on the line.

With a victory on Sunday, the Packers would hold at least a two-game lead on everyone in the division, with a victory over the Bears at Soldier Field. Barring a slew of injuries to more key players, it’s tough to see anybody catching Green Bay in that scenario.