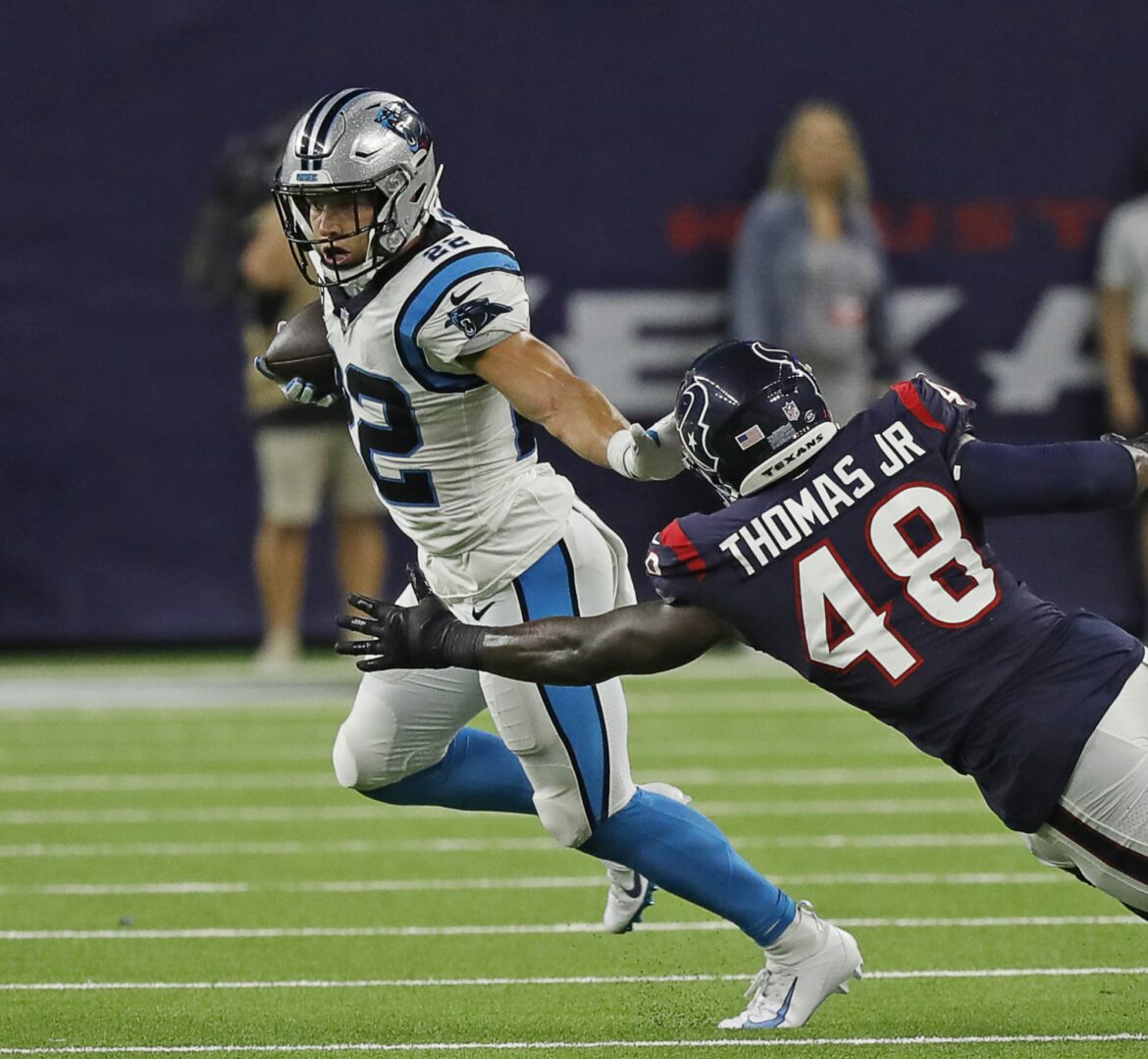 HOUSTON, TEXAS – SEPTEMBER 23: Christian McCaffrey #22 of the Carolina Panthers holds off Joe Thomas #48 of the Houston Texans at NRG Stadium on September 23, 2021 in Houston, Texas. (Photo by Bob Levey/Getty Images)

After missing Week 5 due to a hamstring injury, it’s completely up in the air if Carolina Panthers running back Christian McCaffrey will be able to suit up this weekend.

With the Carolina Panthers getting ready to take on the Minnesota Vikings this weekend, the hope is that star running back Christian McCaffrey will be able to put the pads on. However, no one, not even Matt Rhule, knows if that will happen or not.

McCaffrey missed the Week 5 loss against the Eagles due to a hamstring injury. While he’s trying to work his way back to take on Minnesota, Rhule’s latest quote sure has folks guessing on what might end up happening.

Per Rhule, McCaffrey has a 50-50 chance of playing against the Vikings, but he couldn’t lean either way as to whether or not he thinks he’ll be ready or not. This is only going to add to fans’ nerves leading up to the contest with the Vikings.

Kirk Cousins and Mike Zimmer are still riding high after their last-second win over the Detroit Lions over the weekend. Now, their focus is on taking down the Panthers. If McCaffrey is able to go, it will obviously help out the team’s chances of downing the Vikes.

With that said, the last thing the organization wants to do is rush back the superstar playmaker too soon and have him risk further injury. Imagine McCaffrey returns, only to make things worse and end up being sent to the Injured Reserve? Folks would lose their mind on Rhule and his staff.

We should know in the coming days whether or not McCaffrey can make his way back by kickoff. If you ask Rhule, this really will be a game-time call.