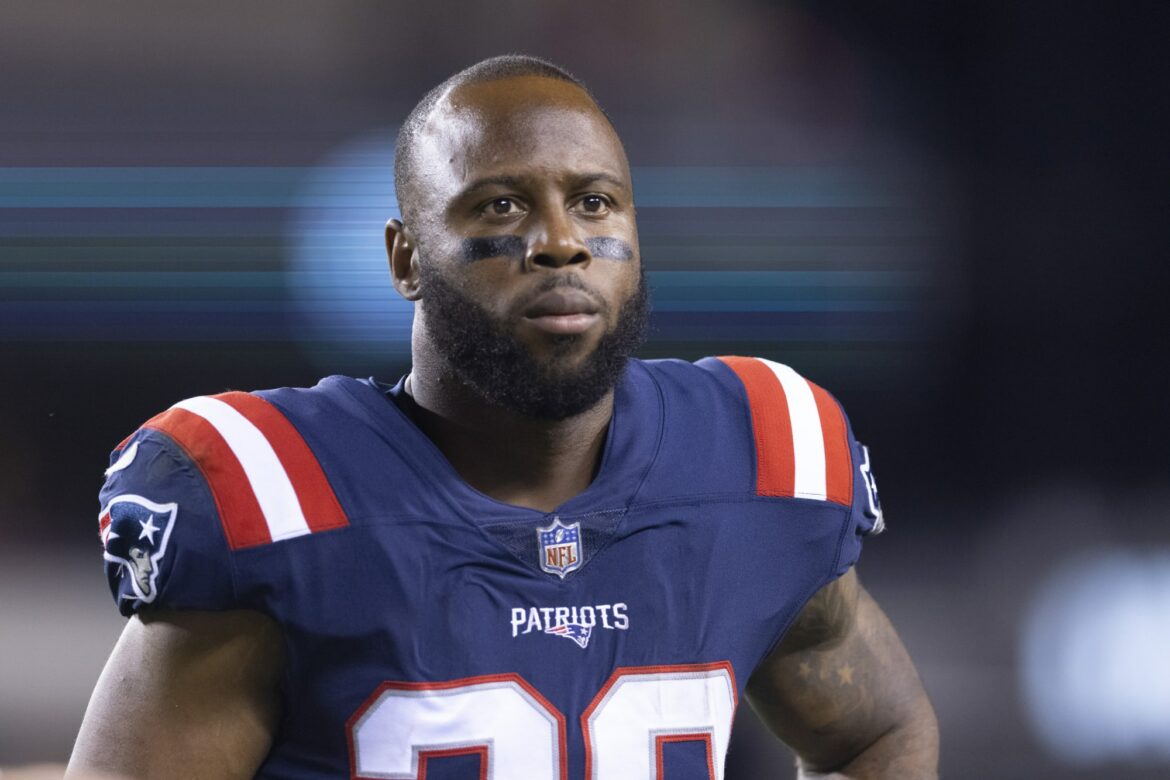 PHILADELPHIA, PA – AUGUST 19: James White #28 of the New England Patriots looks on against the Philadelphia Eagles in the preseason game at Lincoln Financial Field on August 19, 2021 in Philadelphia, Pennsylvania. The Patriots defeated the Eagles 35-0. (Photo by Mitchell Leff/Getty Images)

New England Patriots running back James White faces an uncertain return as a result of a hip injury suffered against the New Orleans Saints in Week 3.

Before Week 2 of last season, James White suffered unimaginable tragedy: both of his parents suffered a serious car accident that resulted in the death of his father.

A little over a year later, tragedy has struck White once again: a painful hip subluxation has him out indefinitely with a likely IR stint.

#Patriots RB James White suffered a subluxation of the hip during yesterday’s game, per me and @MikeGiardi. The injury knocks the key offensive player out indefinitely. He has been undergoing tests today, but an IR stint would make sense.

The news is heart-breaking for White personally as well as professionally, as the Patriots pass-catching running back has remained a key part of the offense since he was drafted in 2014.

During his game against the Saints, White’s hip was jammed upward into the joint, causing a painful hip subluxation injury. The injury is comparable to what Washington Football Team quarterback Ryan Fitzpatrick suffered during Week 1. Fitzpatrick is expected to miss six to eight weeks, which makes the ambitious White prediction more concerning.

James White had his hip joint jammed backwards which could lead to a Ryan Fitzpatrick type injury (hip subluxation).

Depending on how much damage is on MRI and how much pain White is in, this could be a lengthy absence. Fingers crossed. pic.twitter.com/tdtwULC7C1

A hip subluxation is when the hip is partially out of its socket, or partially dislocated. While shoulder dislocations are commonly depicted as something that can be popped back into place, a hip subluxation often requires “significant force” to pop back into place.  According to a medical review by the NYU Langone Medical Center, “the best results are achieved if the reduction is performed within six hours of the dislocation, either with or without surgery.”

Although White may not be the biggest fantasy running back, he has been an integral part of the Patriots offense, acting as a safety valve for many Tom Brady (then Cam Newton, then Mac Jones) checkdowns. White has been key on converting third downs and accruing YAC, something that Kansas City Chiefs wide receiver Josh Gordon explained during their Super Bowl-winning 2018 season.

Josh Gordon on how a good running game helps him out there:

“It opens it up for everybody. It takes pressure off the entire offense. It was good to have Shaq Mason back in the lineup. Sony fought through injuries. And the constancy from James White, it’s amazing.” pic.twitter.com/WGbBw74A1z

The consistency from James White is something that this Patriots team will miss, especially in Week 4’s NFL Game of the Century.