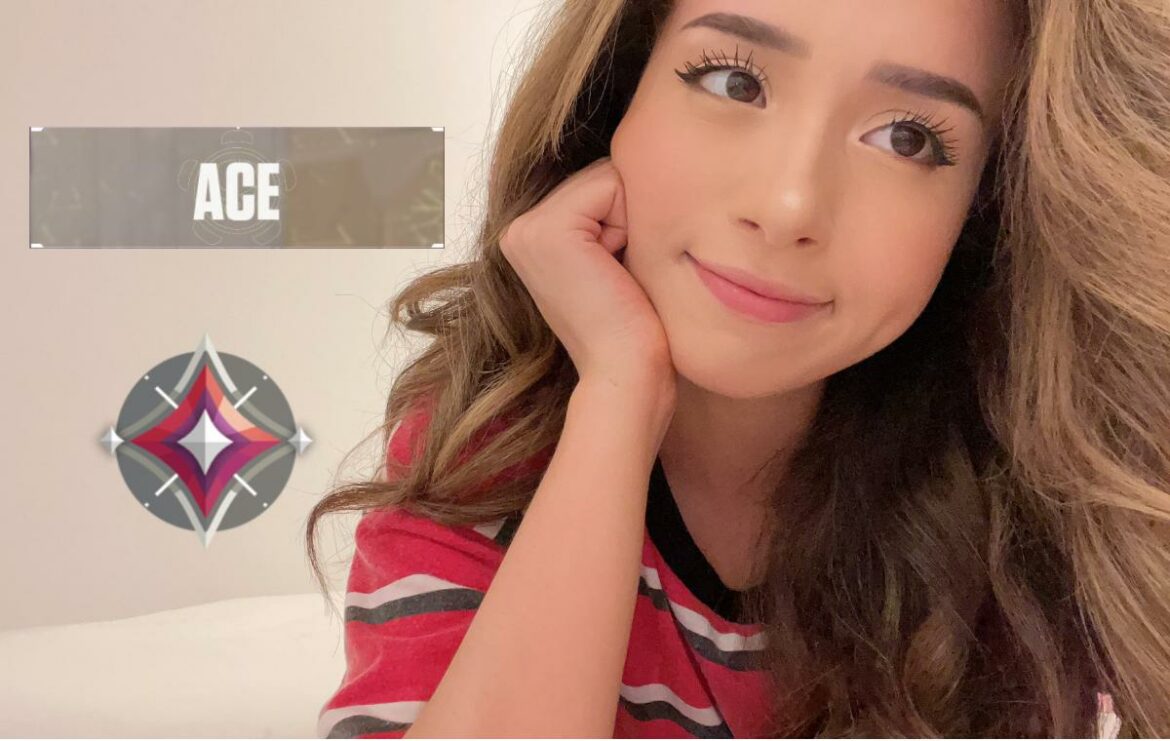 Popular variety streamer Pokimane comes in clutch with an Ace securing her team the round win after she was left in a 1v5 situation in Valorant where she recently also hit Immortal.

Twitch Streamer Pokimane who’s well known for her bubbly personality and older League of Legends and Fortnite content has over the last year been shifting over to Valorant with the game becoming one of her most played games in her list.

With Poki coming from another FPS, Fortnite, it shouldn’t be surprising that her skills are still top tier and able to click heads and pull off killer plays in Valorant as if it’s nothing and within the blink of an eye.

A few hours into Pokimane’s most recent stream she teams up with another popular variety stream xQcOW to take on a few games on her alt account ‘mimi’, cutely named after her cat. Even when Poki plays on her alt and with friends she never tones down her killer plays.

Can Poki clutch up?

After already pulling off a nice 3k in round five, Poki wasn’t going to stop there and ceased her unfortunate 1v5 situation with open arms and pro player level concentration. Tackling the enemy team’s odd positioning around mid of the map Split, even doing so with xQc raging in comms.

After picking up her first 3 kills, all with headshots, Poki gained her Raze ultimate back as well as a flashy skin off the enemy Sage. Jumping back over the enemy wall with Raze’s ultimate in hand Poki picked up her fourth kill on KJ, narrowly missing their Op shot, then finishing up with a quick headshot on the enemy Jett to not only win back round 9 for her team but also securing an Ace under her belt so early in the game.

After a quick few seconds of celebrating back, it was into round 10 accompanied by some shaky hands showing Poki’s nerves from the insane clutch. The Ace Poki secured gave her and her team a great boost of morale to the point where the enemy team only ever managed to secure 1 last round against them, leading both Poki and xQc to victory 13-4.

As shown by her beautiful Ace, Poki can really hold her own when it comes to competitive Valorant even when she’s not playing as her main, Sova.

For the last three seasons, Poki has been ranked Diamond and whilst Diamond is a feat to reach and amazing for a player to stay in and at such a consistent rate Poki was still on that road to Immortal, until a few days ago that is.

Pokimane’s determination paid off! Finally reaching Immortal, Valorant’s second-highest rank, and getting there is no mean feat. The ever so sweet Poki, also left a tweet in reply to herself giving some tips, her practice routine and some other recommendations to her fans showing what she used to get to where she is and hoping to inspire others to try the same.

Along with that, under Poki’s celebration tweet, amongst the slew of congratulations from fans and friends alike, Jodi aka QuarterJade who isn’t just Poki’s long time friend but also an Immortal ranked player left a response with not just a sweet congratulations and an invite to duo queue.