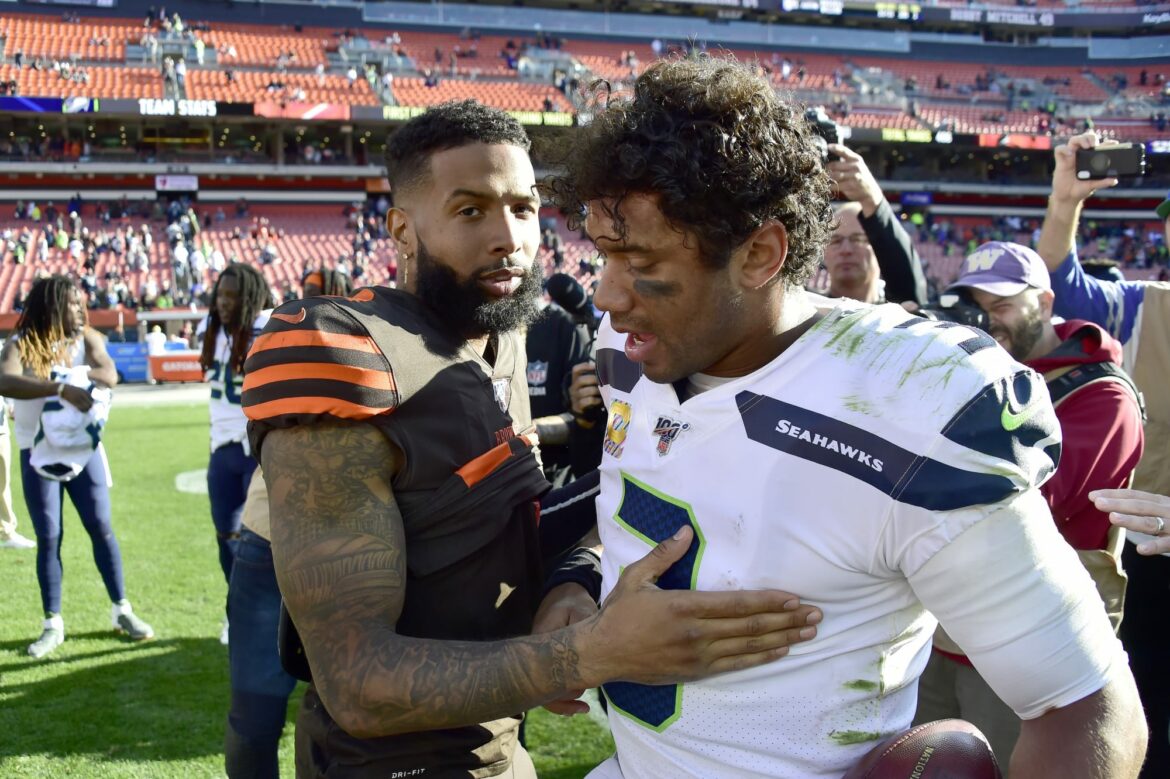 CLEVELAND, OHIO – OCTOBER 13: Odell Beckham #13 of the Cleveland Browns and Russell Wilson #3 of the Seattle Seahawks congratulate each other after the game at FirstEnergy Stadium on October 13, 2019 in Cleveland, Ohio. The Seahawks defeated the Browns 32-28. (Photo by Jason Miller/Getty Images)

There were many teams in the running for former Cleveland Browns wide receiver Odell Beckham Jr. after he cleared waivers on Tuesday. But on Thursday, one team emerged with an agreement with Beckham, and that was the Los Angeles Rams.

During a press conference on Thursday, Seattle Seahawks quarterback Russell Wilson was told by The Athletic’s Michael-Shawn Dugar that Beckham was signing with the Rams. Wilson responded, saying he will do great in Los Angeles and that he wishes him the best.

Just told Russ that OBJ is signing with the Rams.

“Good for him. He’ll do great. Wish him the best.”

After Beckham and the Browns mutually agreed to a release from his contract, the Seahawks were one of the teams interested in signing him. In fact, NFL insider Jordan Schultz reported this past Wednesday that Wilson was personally recruiting Beckham to join the Seahawks.

If Beckham had chosen to sign with the Seahawks, he would have joined a wide receivers room alongside D.K. Metcalf and Tyler Lockett. But it was the Rams who were able to secure a deal with Beckham, not the Seahawks.

Even though they missed out on Beckham, Seattle is far from out of the playoff picture, despite being 3-5 on the year. Wilson is making his return for the Seahawks this weekend against the Green Bay Packers after missing the past month due to a middle finger injury back in Week 5. If there is one player who can help the Seahawks win games, it’s Wilson.

Wilson’s Seahawks will take on Beckham’s Rams in Week 15 on Dec. 19.