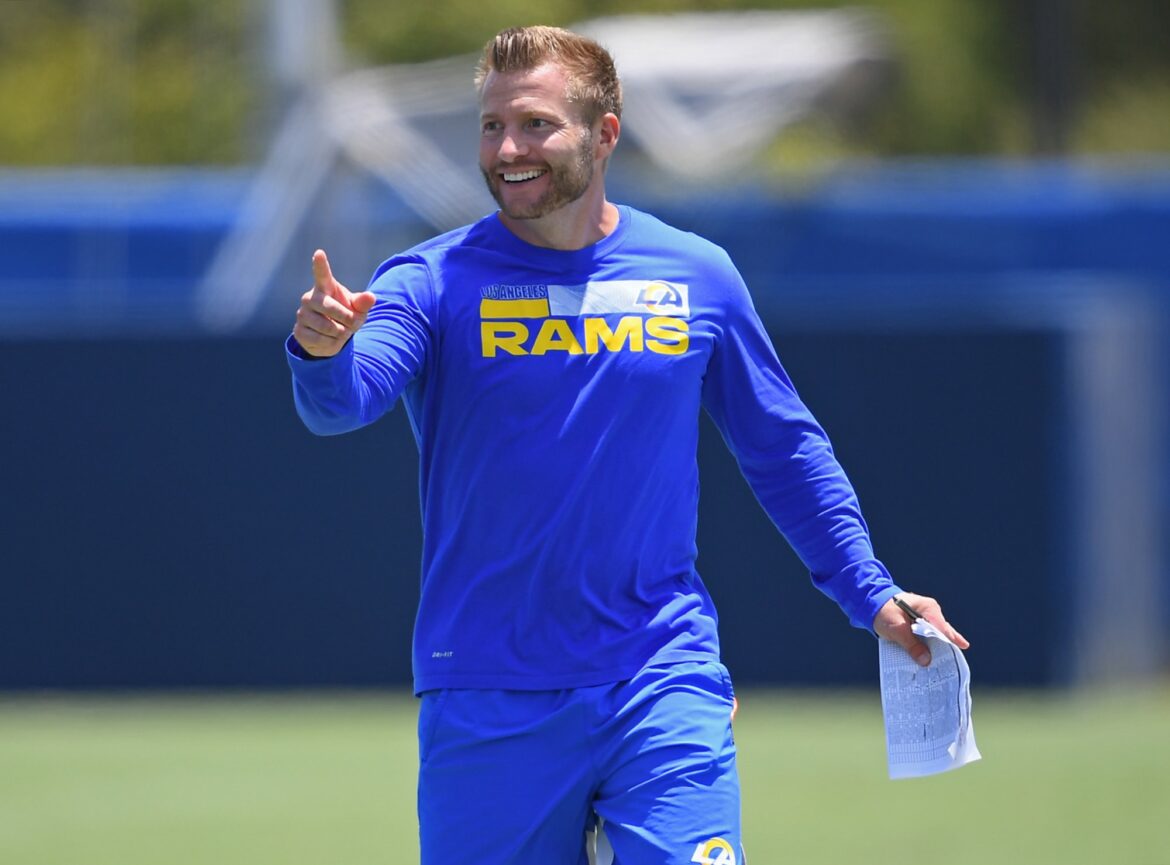 The Odell Beckham Jr. watch is officially over as of Thursday afternoon. After clearing waivers on Tuesday, the former Cleveland Browns and New York Giants wide receiver got to listen to offers from interested teams and made a decision. His choice was to sign with the Los Angeles Rams over many other suitors.

Prior to the signing, head coach Sean McVay was asked if general manager Les Snead was pursuing Beckham. Safe to say McVay knew what was going on, since he had a huge smile on his face after saying his focus was on their opponent’s this week — the San Francisco 49ers.

McVay hilariously explained that he was only smiling since the reporter was smiling at him. Then, he waved to the media before leaving the podium. Later in the day, McVay has Beckham on the roster.

The Rams signing Beckham does not come as a shock, considering their track record of bringing in top-tier talent from other teams, in hopes of winning the Super Bowl. Players like Jalen Ramsey, Matthew Stafford and even Von Miller were all acquired to help the Rams in their quest to hoist the Lombardi Trophy over the years. Those are just a couple of names they brought in, there are many, many more.

In the Sean McVay era, Rams have acquired:

Beckham does fill a void on their stacked wide receiver depth chart left by DeSean Jackson, who requested a trade off the team this past month. After no deal was reached, the Rams released Jackson, who later signed on with the Las Vegas Raiders.

The Rams, despite being 7-2, are in a Wild Card spot since the rival Arizona Cardinals hold the best record in the NFL (8-1). Arizona has a loaded wide receiver corps of their own (DeAndre Hopkins, Christian Kirk, A.J. Green, Rondale Moore), and Los Angeles just matched it with the addition of Beckham.

Rams fans have to be excited, but there is no one happier about the Beckham signing than McVay.