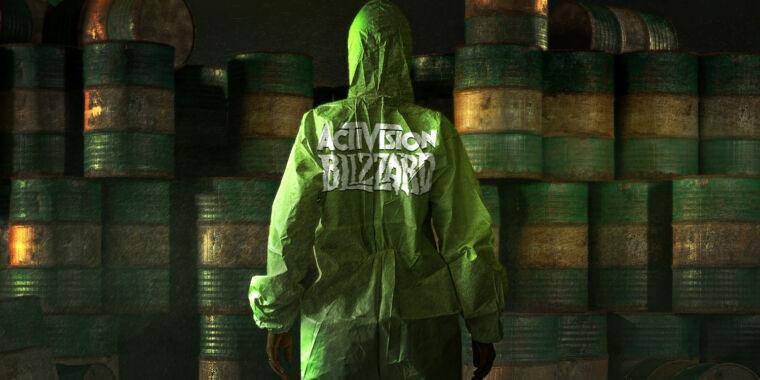 In video game parlance, longtime gaming publisher Activision Blizzard has jumped to “extreme” difficulty as of late, thanks to a wave of highly publicized lawsuits. On Monday, the company behind World of Warcraft, Diablo, and Call of Duty faced arguably its biggest test yet, this time from the federal government.

The Securities and Exchange Commission is investigating Activision Blizzard over how the video game publisher dealt with allegations of sexual misconduct and workplace discrimination—and whether related information was properly disclosed to shareholders by executives.

The federal regulator has subpoenaed the company as well several senior executives, including CEO Bobby Kotick, according to The Wall Street Journal. It has also requested a variety of documents, including Kotick’s communications with other executives regarding the matter, minutes from board meetings held since 2019, the personnel files of six former employees, and separation agreements written this year. Former employees also reportedly have been subpoenaed.

Activision confirmed the SEC investigation in a statement to the WSJ, saying that the company is cooperating with the agency.

Earlier this year, Activision Blizzard was accused of fostering a “frat boy” culture in a lawsuit brought against it by the California Department of Fair Employment and Housing. In the filing, the agency claims that the Santa Monica-headquartered company paid women less, gave them fewer opportunities for advancement, and created a “breeding ground for harassment and discrimination against women.”

Sexual harassment was allegedly rampant. “High-ranking executives and creators engaged in blatant sexual harassment without repercussions.” In one terrible incident, a female employee committed suicide while on a work trip with a male supervisor, who allegedly harassed her during the trip.

The lawsuit also claims that former Senior Creative Director Alex Afrasiabi “was permitted to engage in blatant sexual harassment,” including openly hitting on female employees, trying to kiss them, telling them he wanted to marry them, and more. Other male employees and supervisors had to physically pull him off his female colleagues, the lawsuit says. Afrasiabi’s behavior was tolerated with “little to no repercussions.” Among Afrasiabi’s supervisors was Blizzard President J. Allen Brack, who the lawsuit says received reports from employees about the alleged behavior but only gave the creative director a “slap on the wrist.”

Afrasiabi was fired from the company in early 2020 for “misconduct in his treatment of other employees,” Activision Blizzard confirmed, and Brack left the company last month. In August, Activision also confirmed the departure of other employees, including Luis Barriga (former director of Diablo IV), Jesse McCree (a former Diablo IV designer), and Jonathan LeCraft (former World of Warcraft designer) without specifying why they left. McCree and LeCraft were seen in photos published by Kotaku that tied them to an alcohol-fueled BlizzCon 2013 after-party in what some staffers called the “Cosby Suite.”

Brack’s resignation came on the heels of a shareholder lawsuit that said the company “artificially inflated” the value of the stock and made “false and misleading statements” by withholding details on harassment, discrimination, and misconduct. Activision Blizzard’s SEC filings, the shareholder lawsuit says, included boilerplate language about business risks posed by lawsuits against the company. That language, the shareholder lawsuit alleges, obscured the “numerous complaints about unlawful harassment, discrimination, and retaliation [that] were made to human resources (“HR”) personnel and executives which went unaddressed.”

Indeed, Activision Blizzard’s stock price dropped more than 6 percent on July 27, the day after the California lawsuit was made public, and has slid further since.

The company’s initial response to the California lawsuit drew harsh criticism from employees, who circulated a petition calling for the company to acknowledge the “seriousness of the allegations.” “To claim this is a ‘truly meritless and irresponsible lawsuit,’ while seeing so many current and former employees speak out about their own experiences regarding harassment and abuse, is simply unacceptable,” it said. Later that week, employees organized a walkout to “end mandatory arbitration clauses” that “protect abusers and limit the ability of victims to seek restitution” as well as new hiring and compensation practices.

The SEC investigation comes as Activision Blizzard is planning to release Diablo II: Resurrected on September 23.