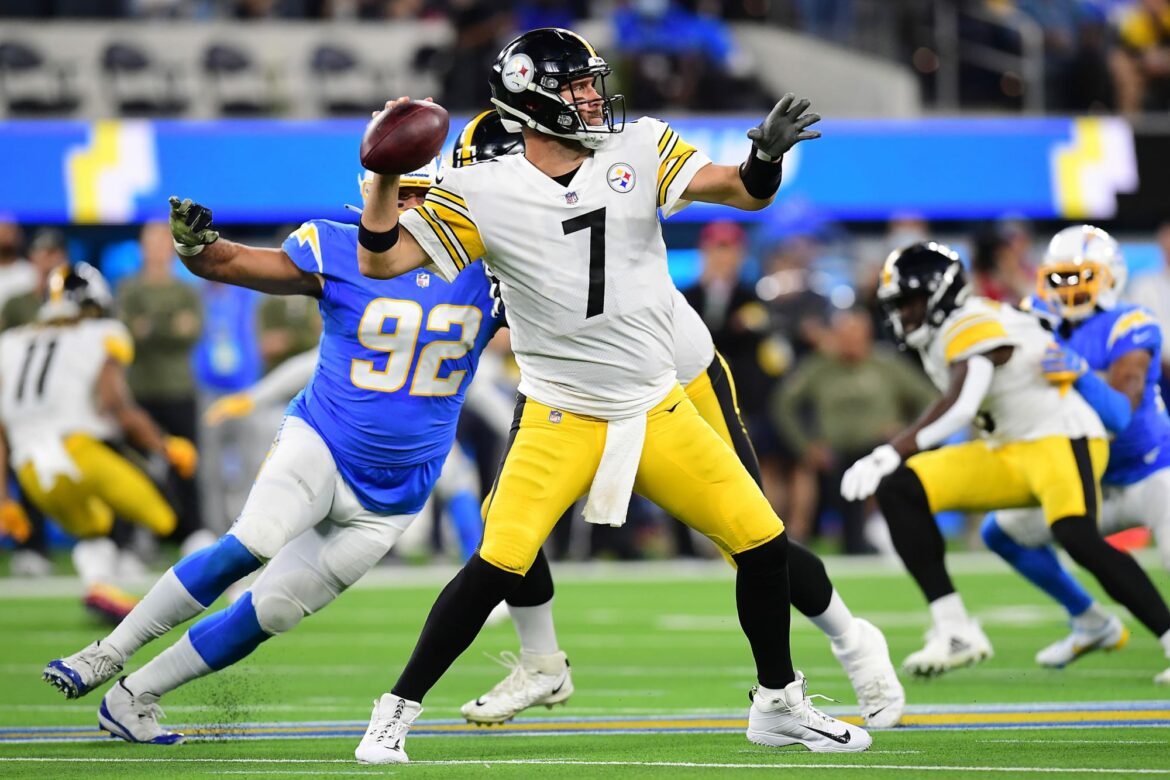 Ben Roethlisberger, even if he has moments, continues to show the Steelers his time is at its end but the 2022 NFL Draft has options waiting for Pittsburgh.

On Sunday Night Football in Week 11, we saw the full Ben Roethlisberger experience for the Pittsburgh Steelers in an eventual 41-37 loss on the road to the Chargers.

The longtime quarterback in the Steel City fought back to recover from COVID-19 in order to play and put up some impressive numbers. But to the eye test, he was putting ducks into the air all night long and clearly struggling. On top of that, in his late 30s, his lack of mobility hurt him greatly, especially on the final drive when the Steelers were trying to retake the lead.

It’s clear that Pittsburgh, now more than ever, has to be looking to their future quarterback. Lucky for them, there are quality options awaiting them in the 2022 NFL Draft — three that come to mind, specifically.

There is a world where Sam Hartman is just the beneficiary of good timing. He’s not an exceptional quarterback prospect when it comes to the draft but he’s plenty good in his own right. More importantly, though, he’s having a monster year and leading Wake Forest to a historical season when other quarterbacks seemingly fell out of the conversation.

Hartman has put up big numbers for the Demon Deacons this season, leading the team with 3,475 yards along with 31 touchdowns to nine interceptions in addition to nine rushing touchdowns as well.

NFL teams like the Steelers would like to see Hartman improve his overall accuracy but, when you factor in how good his deep ball is and the offense he plays in with Wake Forest, it’s clear that the talent of the quarterback is there for him to be a viable long-term option under center in Pittsburgh.