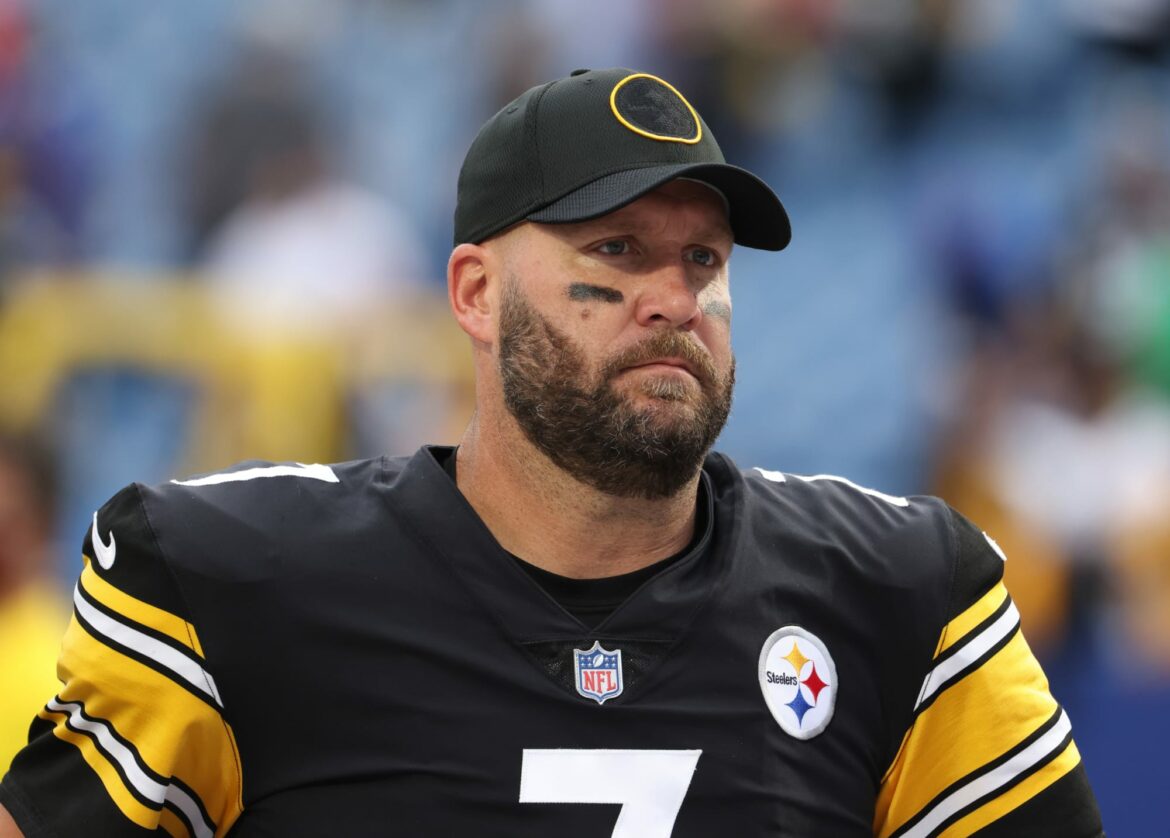 ORCHARD PARK, NY – SEPTEMBER 12: Ben Roethlisberger #7 of the Pittsburgh Steelers after a game against the Buffalo Bills at Highmark Stadium on September 12, 2021 in Orchard Park, New York. (Photo by Timothy T Ludwig/Getty Images)

Pittsburgh Steelers fans reacted to the news of Ben Roethlisberger being ruled out of Sunday’s game against the Detroit Lions due to being placed on the COVID-19 list.

The Pittsburgh Steelers fanbase was feeling good after they pulled out a win against the Chicago Bears on Monday Night Football. Their next opponent, the winless Detroit Lions, awaited them this Sunday. However, it would not be the game that Steelers faithful had envisioned.

On Saturday night, the team revealed that quarterback Ben Roethlisberger would not play in Sunday’s game after he was placed on the reserve/COVID-19 list. Pittsburgh fans reacted to the news on Twitter.

Roethlisberger revealed this past week in an interview with Dan Patrick that he did receive the COVID-19 vaccine. Given the timing of the move, he was not going to start. However, if he tests negative twice in the next week,  he can return for the Steelers against the Los Angeles Chargers.

This season, Roethlisberger completed 65.6-percent of his passes for 1,986 yards, 10 touchdowns and four interceptions.

With the two-time Super Bowl champion unable to play on Sunday, the Steelers will pivot to backup Mason Rudolph to get the start. Rudolph received nine starts in the previous two seasons, leading the Steelers to a 5-4 record. Overall Rudolph compiled 2,089 yards, 15 touchdowns and 10 interceptions (61.7 completion percentage) in 15 games.

As for who will backup Rudolph, that will be 2019 15th-overall pick of the Washington Football Team — Dwayne Haskins.

The Steelers are looking to extend their winning streak to five games this weekend. As for the Lions, they are looking for their very first victory of the season.