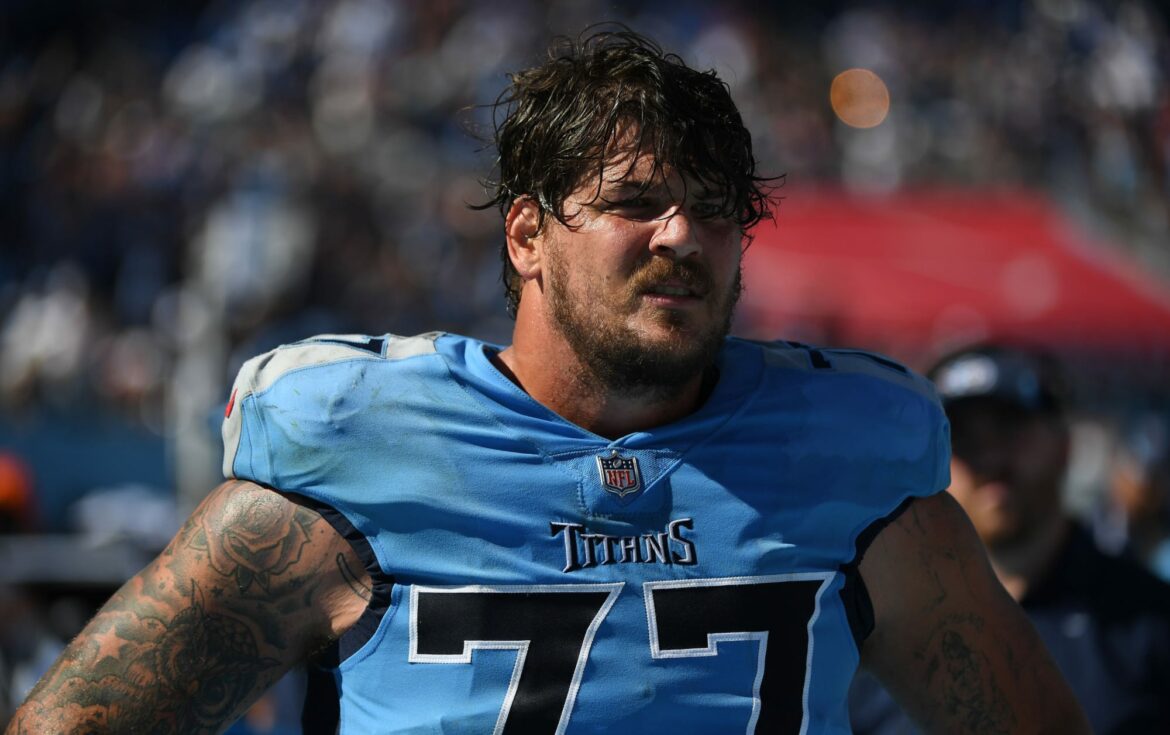 Darrell Taylor injury update: Seahawks DE has full movement after being carted off by Aryanna Prasad

Titans left tackle Taylor Lewan had to be stretchered off the field after a scary injury seemingly to his head/neck area against the Bills on Monday night.

The stalwart left tackle for the Titans was on the field after a run play in the red zone but, after the Derrick Henry run ended, he remained on the turf in a horrifying scene at Nissan Stadium.

An ambulance and medical personnel came out onto the field and they loaded Lewan onto a stretcher for him to be taken off the field.

We got a look at the replay of how Lewan suffered the injury. The Titans left tackle followed Henry into a pile and dove headfirst, compressing his neck.

It was a harrowing scene at Nissan Stadium. The crowd was extremely quiet as Lewan’s facemask was removed and he was loaded onto the stretcher. If there’s a silver lining, he was able to give the crowd a thumbs-up as he was stretchered off.

There is no word as to what they are calling the injury or any update on Lewan yet. We will keep you updated on any word.

Injuries were piling up for the Titans in the Monday Night Football matchup with Buffalo.

Late in the first half, wide receiver Cameron Batson went down and had to be helped off the field by the coaching staff. Then, in the second half, speedy cornerback Chris Jackson was also hurt and taken out of the game.

Tennessee can ill afford to have these injuries happening all over the field.